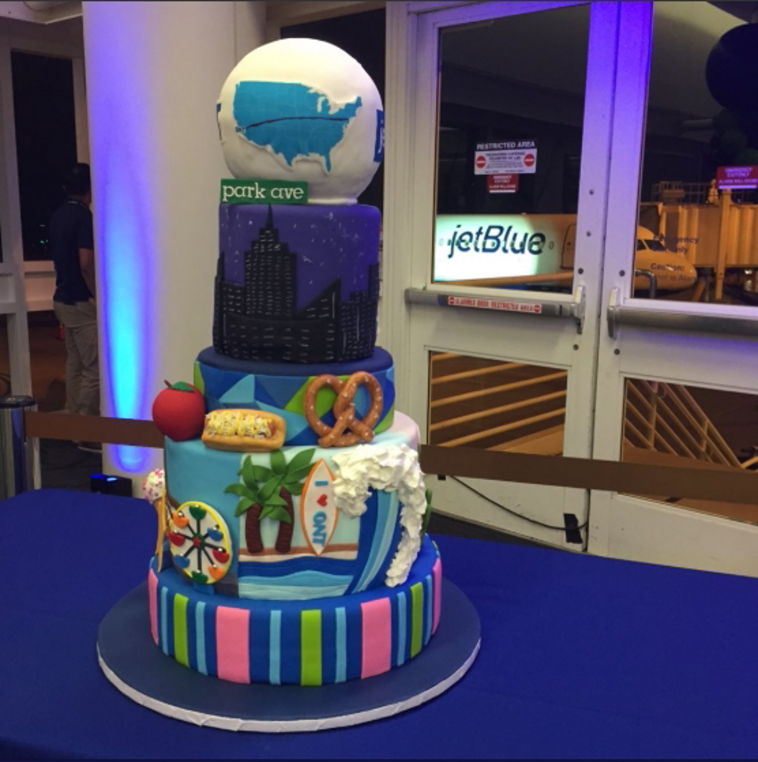 At the launch of JetBlue Airways’ New York JFK to Ontario route on 5 September, this impressive New York/California-themed cake was laid on as part of the festivities at Ontario Airport. In addition, the carrier also launched services between Boston and Burbank this week, with JetBlue being the sole operator on both airport pairs. 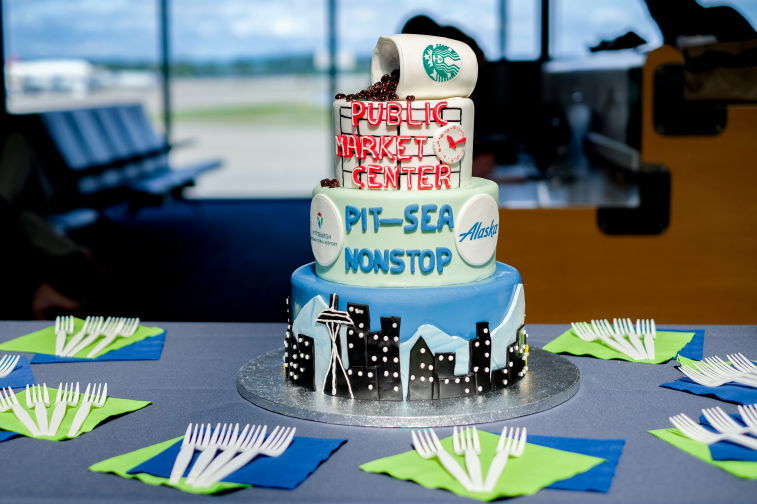 Alaska Airlines launched services between Seattle-Tacoma and Pittsburgh on 6 September. This striking cake revealed at the launch reflects Seattle’s reputation as the US’ coffee capital, with a cup of Starbucks spilling the (marzipan) beans on top of the famous Seattle Market Center sign. The route will face no direct competition. 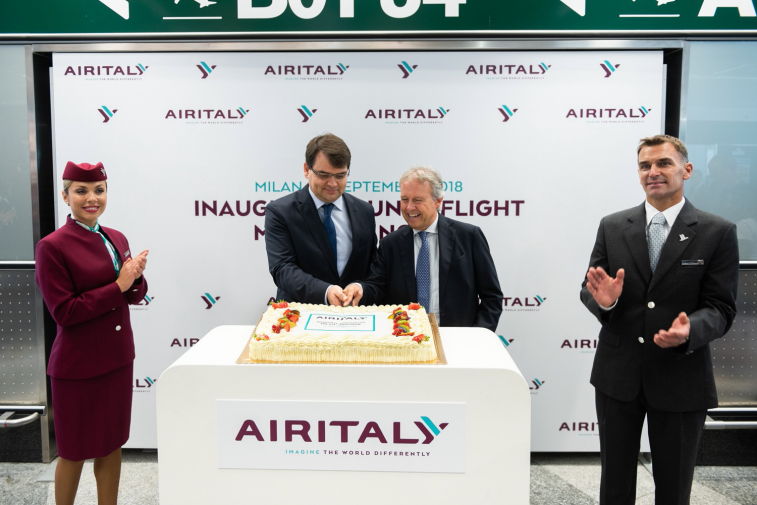 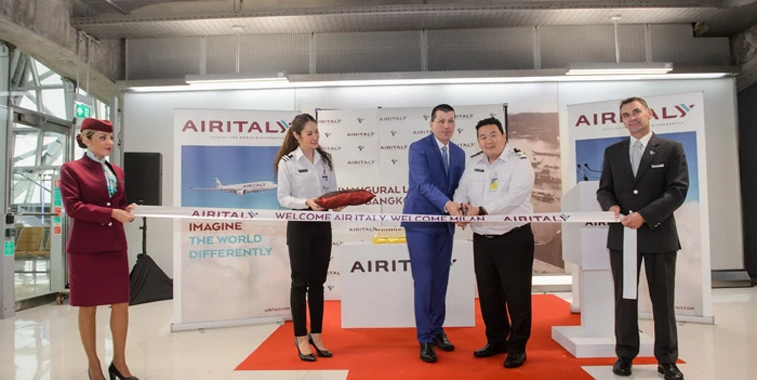 Some 9,075 kilometres away at the Thai-end of the route, a ribbon cutting was held to officially open the carrier’s route between Milan Malpensa and Bangkok Suvarnabhumi. Pictured cutting the ribbon in the Thai capital are Rossen Dimitrov, Chief of Passenger Experience, Air Italy, and Khata Vinin, Director of Air Cargo Business Division, Airports of Thailand. Air Italy will offer four weekly flights between Milan and Bangkok using its fleet of A330-200s. On 5 September, easyJet celebrated the launch of twice-weekly services between Naples and Granada, with the Spanish city becoming the 40th destination served by the LCC from its Italian base. At Naples a cake celebrating the launch was created, and on the return flight from Granada passengers were served sfogliatelle (traditional neapolitan pastries). 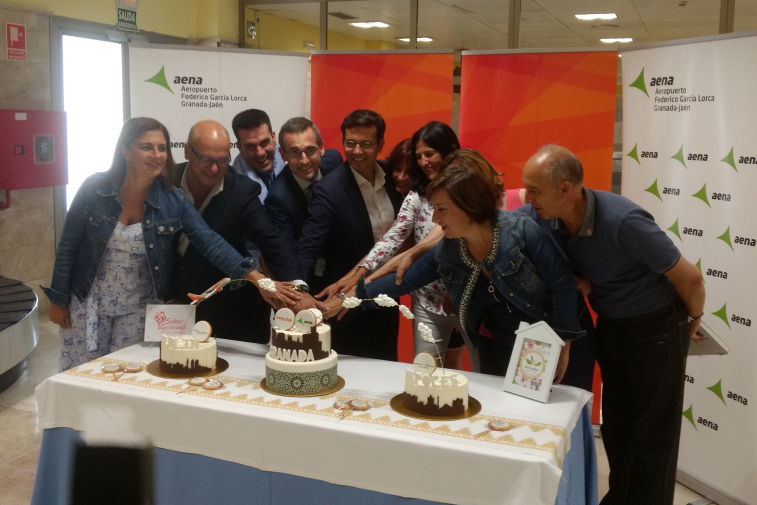 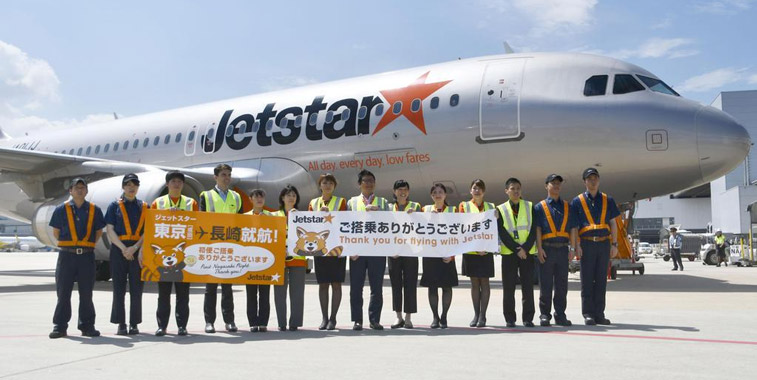 Jetstar Japan introduced Nagasaki to its Tokyo Narita network on 6 September, with the carrier planning to link the two Japanese airports with a daily rotation using its fleet of 180-seat A320s. A greeting ceremony was held at Nagasaki as the inaugural flight pulled onto stand, with airline and airport staff posing for a photo with the aircraft for the media. Tampa Airport celebrated the launch of Spirit Airlines’ inaugural services to Asheville and Greensboro in North Carolina by baking two special cakes. One was in the style of the Biltmore Estate, the largest privately owned home in America, built by George Vanderbilt, situated in the former North Carolina city, while the latter route launch saw a suitcase-inspired design. Pictured with the cake for the Asheville launch were: Chris Minner, EVP of Marketing and Real Estate, Tampa Airport; Edward Garduno, GM, Spirit Airlines; and Joe Lopano, CEO of Tampa Airport. Posing with the Greensboro cake were the Floridian airport’s: Kelly Figley, Marketing Manager; Debbie Stokes, Marketing Coordinator; Maria Cook, Events Manager; and Trudy Brandvold, Marketing Specialist. Both cities are new destinations for Tampa. 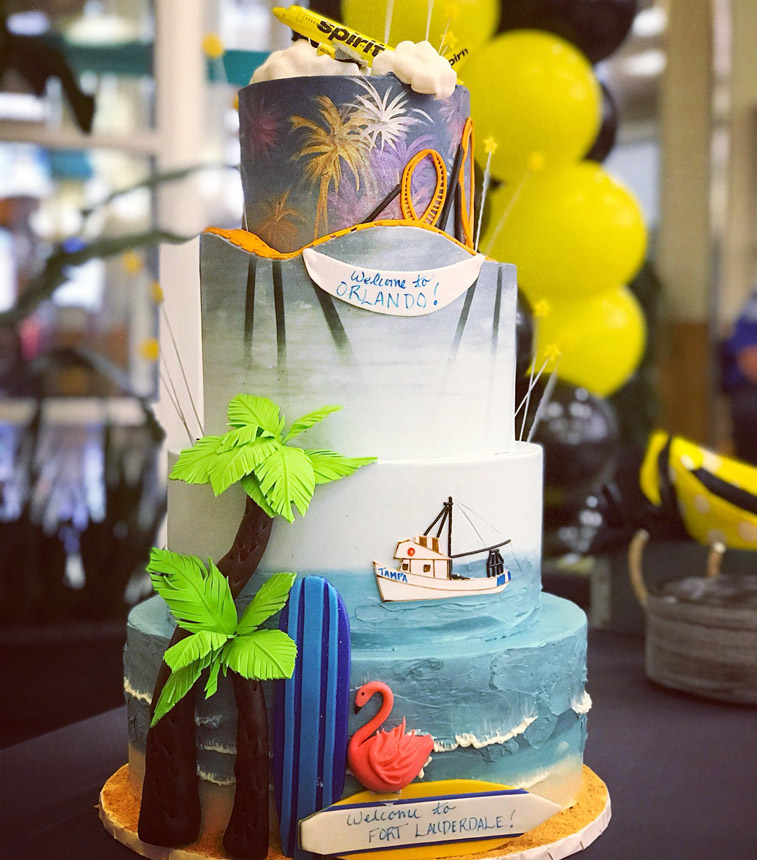 Spirit Airlines launched three new Floridian connections to Asheville this week, namely from Orlando, Tampa and Fort Lauderdale. To commemorate flights, the North Carolina airport baked this fabulous four-tier wonder to herald the start of the ULCC’s three new services from the airport, with the routes being new links on the departure boards.