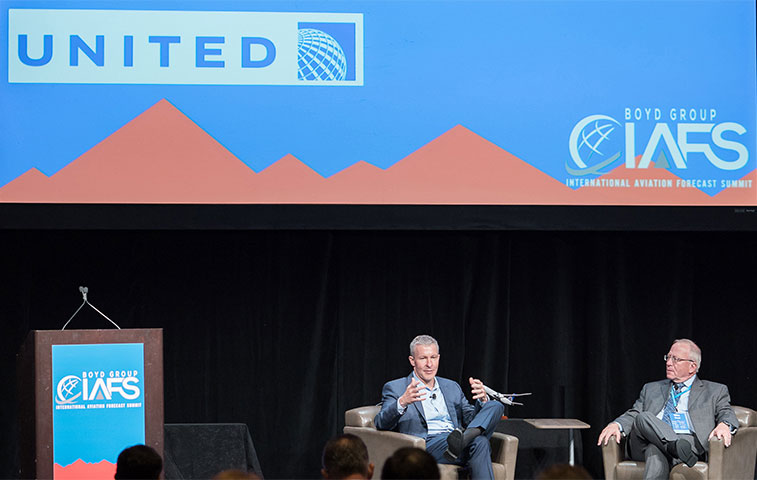 One of the senior executives presenting his insight of the future for commercial aviation at the 23rd Boyd Group International Aviation Forecast Summit was Scott Kirby, President, United Airlines (left). He discussed with Boyd Group CEO Mike Boyd unlocking the full potential of the Star Alliance carrier he heads, in front of the 400 assembled delegates who had gathered in Denver between 19-21 August.

The 23rd Boyd Group International Aviation Forecast Summit (IAFS) was filled with four days of great presentations and forecasts from aviation leaders from the industry as well as extra special networking events. The summit brought together almost 400 leaders from around the globe to explore the future of our industry. Without question, this year the IAFS again delivered more actionable business intelligence than any other event. The discussion format gave the attendees exceptional depth of information and outstanding opportunities for direct interaction with industry CEOs and senior executives.

Boom Supersonic kicked off the summit by hosting a reception at Wings Over the Rockies showcasing the Baby Boom model on Saturday evening. The host, Denver Airport pulled out all the stops including a private event at Coors Field. 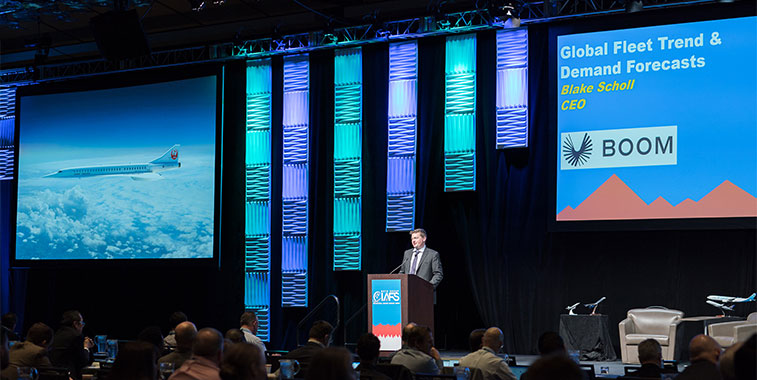 Boom Supersonic CEO Blake Scholl presented to the gathered delegates his global fleet trend and demand forecasts. Needless to say his presentation was very quick! The supersonic airframer also kicked off the summit by hosting a reception at Wings Over the Rockies showcasing the Baby Boom model on the Saturday evening of the event.

Many of the IAFS attendees participated in the Workshop Program on Sunday afternoon which covered such topics as Blockchain – The Coming Disruption to Information Channels; The Importance of FBO in Airport Revenue Streams; and Improving Passenger Experience with the Right Research.

The first ever Aviation Leadership Award was presented to Robert Fornaro, CEO of Spirit, for his long contributions to thought-leadership in the airline industry. 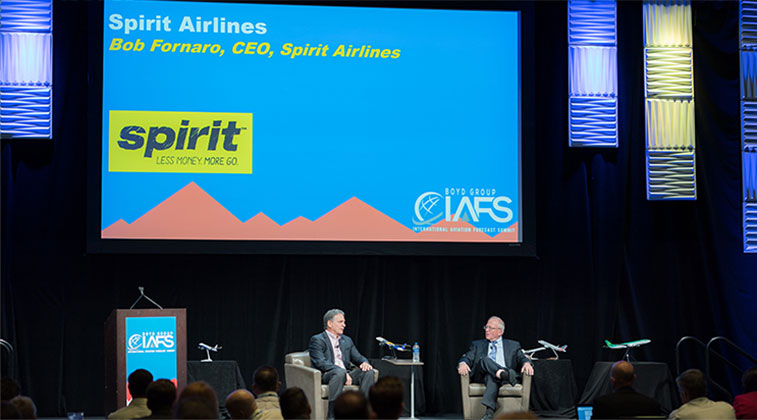 Also during the four-day summit, the first ever Aviation Leadership Award was presented to Robert Fornaro, CEO of Spirit Airlines (left), for his long contributions to thought-leadership in the airline industry.

For a complete overview of the IAFS please visit Aviation Forecast Summit.