Australiasia notches its fifth win of 2018 Arch of Triumph competition

It’s been a long time since the anna.aero judges only received one FTWA to evaluate. Probably with World Routes taking place last week, there were no airport marketeers around to organise inaugural flight events. Hobart’s effort this week sees the region finally break into double figures, with Australiasia providing just 3% of the 356 entries so far in 2018 and joining Africa on the same tally. Way out ahead is Europe with 202 FTWAs (57%), followed distantly by North America with 70 (20%). Battling it our for third spot are South America (30 entries; 8%) and Asia (24 entries; 7%), with the Middle East (six entries; 2%) and the Caribbean (four entries; 1%) bringing up the rear. Keep Monitoring!! 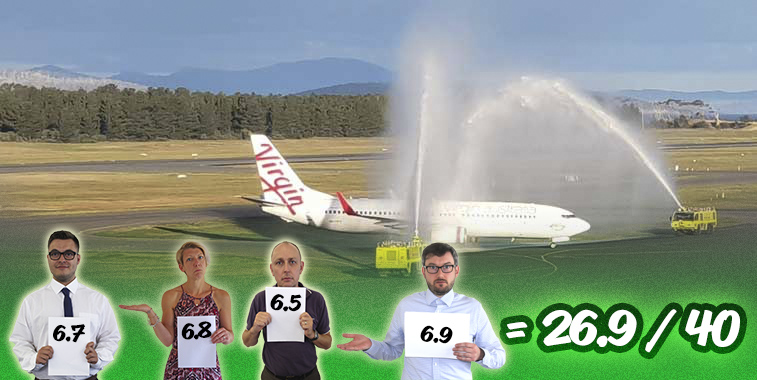 If the Virgin Oz aircraft wasn’t bright white before the FTWA…it sure is now!!

Judges’ comments: What is going on here? Rather than keeping those water jets straight, the Hobart fire crews have decided that a bit of angle was the order of the day. Perhaps they had received some not-so-pertinent weather information which told them that the FTWA might be wind-effected? Those gusts clearly never came, and the result was this misaligned water arch. However, with just one FTWA received this week…it has still claimed victory!!