There were celebrations at Washington Dulles on 25 September to mark Cathay Pacific Airways’ new route from Hong Kong, which commenced operations 10 days earlier. Among the dignitaries present at the ribbon cutting were Jack Potter, President and CEO, Metropolitan Washington Airports Authority (fourth from left) and Rupert Hogg, CEO Cathay Pacific (fifth from right). Cake cuttings are normally a staple part of route launch events, but on this occasion (and in a first for anna.aero) there was a ceremonial roast pig cutting, which symbolises good luck and prosperity. Celebrations were held at Orlando Sanford on 13 September to mark the departure of the inaugural ViaAir service to Baton Rouge. A ribbon cutting ceremony and an impressive suitcase-shaped cake helped get the new connection off to a flying start. The airport pair will operate twice-weekly on Mondays and Thursdays. Baton Rouge welcomed two new ViaAir services on the same day, when the carrier began flights to the Louisiana airport from Austin and Orlando Sanford on 13 September. Sharon Weston Broome, Mayor-President, Baton Rouge, was on hand to perform the ribbon and cake-cutting duties. 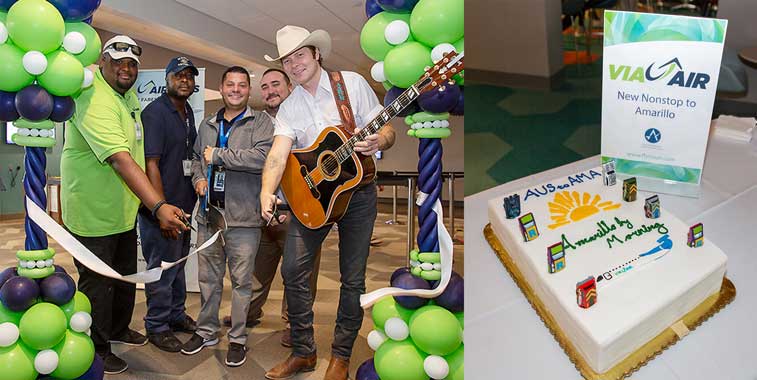 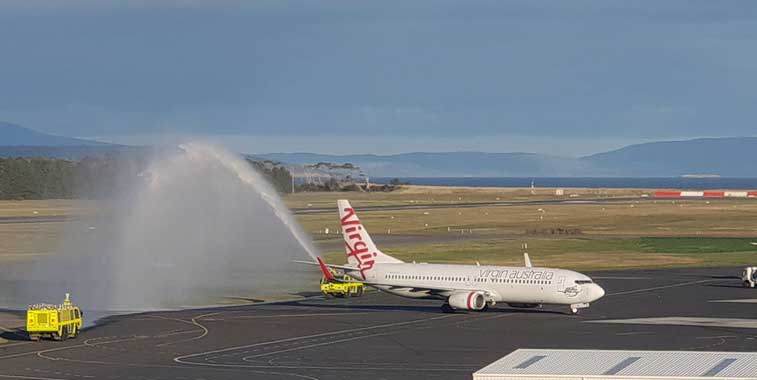 Virgin Australia Airlines added its fourth domestic link to Hobart in Tasmania on 17 September when it operated its inaugural flight from Perth. It will serve the 3,013-kilometre sector three times weekly with 737-800s and there is no direct competition. The first arrival is pictured here, having just received the traditional water arch welcome from Hobart’s firefighters. 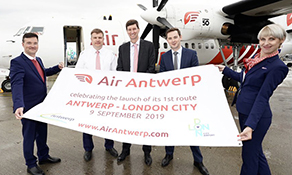