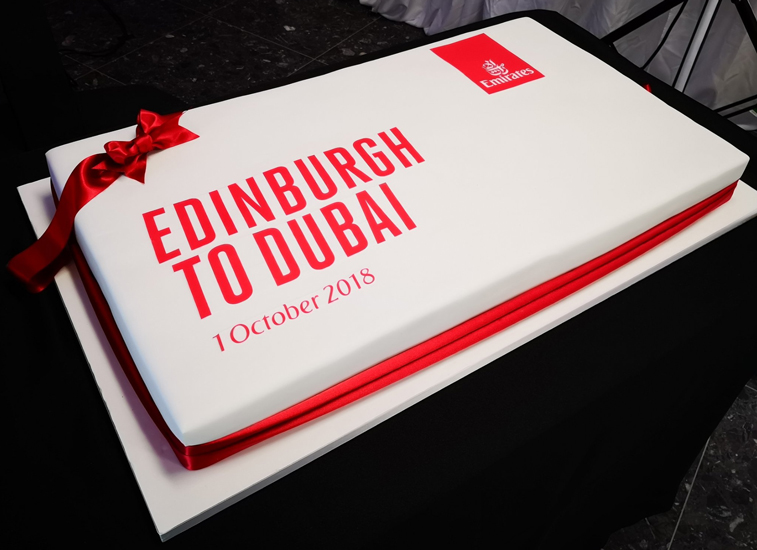 Emirates launched flights between Dubai and Edinburgh on 1 October, with this cake being made to toast the occasion. The airline will initially offer a daily service between the two airports using its fleet of 777-300s, with the frequency scheduled to reduce to five times weekly from November. Edinburgh becomes the airline’s eighth UK link.