After only receiving one entry last week, this week’s FTWA competition has been a more competitive affair. With three FTWAs (60% of the week’s total), Asia has increased its annual entries to 27 which is 7.0% of the overall total. It still trails Europe (203 entries), North America (70) and South America (30), but is ahead of Africa and Australasia (both 10), the Middle East (seven) and the Caribbean (four). However, Asia is joint second on the leaderboard with Australasia this year with each region now boasting five weekly winners. Only Europe (way ahead with 20 wins) has tasted success more often in the 2018 competition. Find out which airport claimed Asia’s first FTWA success since May here. Keep Monitoring!! 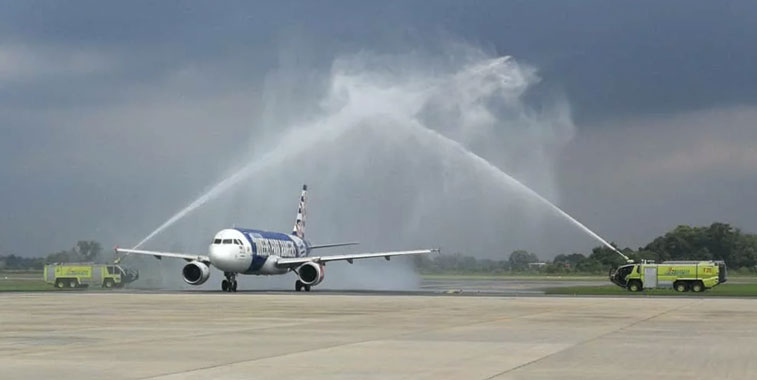 Judges’ comments: AirAsia’s first flight from Johor Bahru to Alor Setar was operated by a special livery aircraft in the colours of UK Championship football team Queens Park Rangers, with the LCC being the official airline partner of the London-based club. The airline will be hoping its new route performs better than QPR, with the team currently in 17th position in the second-tier division. This FTWA impressed the anna.aero judges enough to take home this week’s title with a score of 33.6 out of 40. Although the effort is good, it still misses out on entering the top 10… 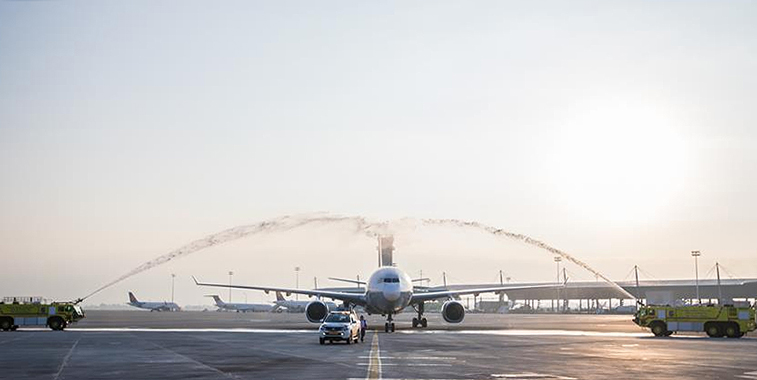 Aiming for the top of the ATC tower…

Judges’ comments: A rare entry from the Middle East this week, with Tel Aviv’s welcoming ceremony for this Sichuan Airlines service becoming only the seventh FTWA to be entered from he region this year. From this angle it looks like the airport’s fire fighters are targeting the top of the Tel Aviv tower rather than baptising this route from Sichuan Province! 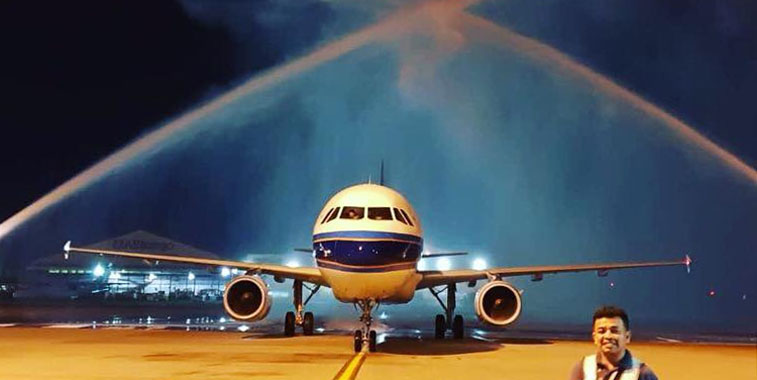 Judges’ comments: A nice nighttime effort from Kota Kinabalu with a symmetrical arch meeting over the middle of the arriving China Southern Airlines aircraft is only let down by the lack of fire trucks in shot and the photobombing member of ground staff, who rather distracts attention away from the main action! He should also watch out for the inbound A320! 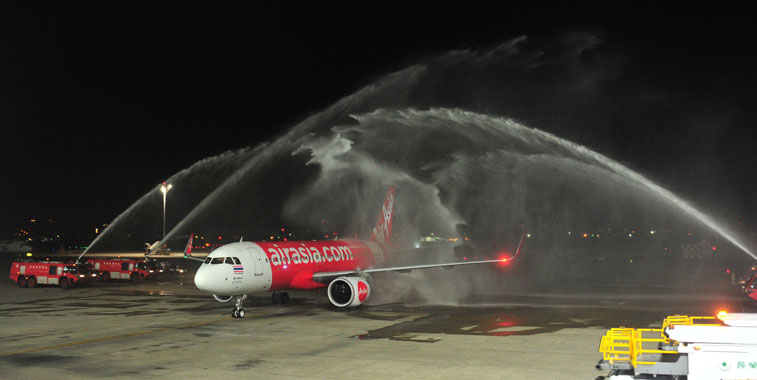 Water, water everywhere! AirAsia’s A320 receives a thorough dowsing with a three-truck FTWA in Taipei.

Judges’ comments: What was going on at Taipei Taoyuan for this watery greeting? Did one of the two fire trucks on the left feel left out and decide to add its own jet to the mix at the last minute? This Thai AirAsia Airbus certainly received a liberal dowsing. Extra points for the use of an A320neo on the inaugural though! 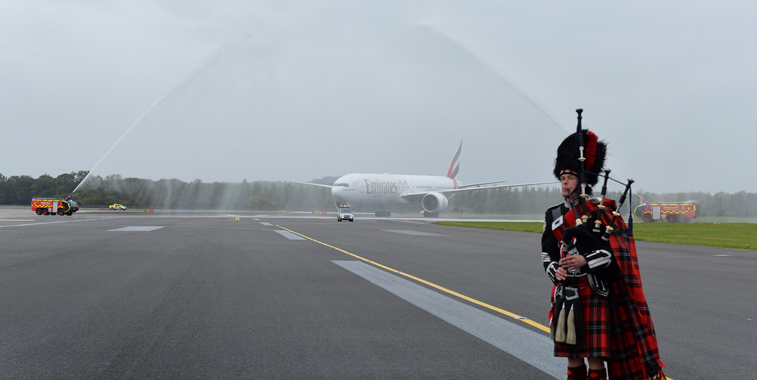 Pipping in the Emirates rather than the usual haggis…

Judges’ comments: Edinburgh deployed the latest in ground technology to help shepard the first Emirates arrival from Dubai to its stand – the ‘Follow Me’ bagpiper. This was a strong effort from the Scottish airport’s fire department and only narrowly missed out on a win this week.