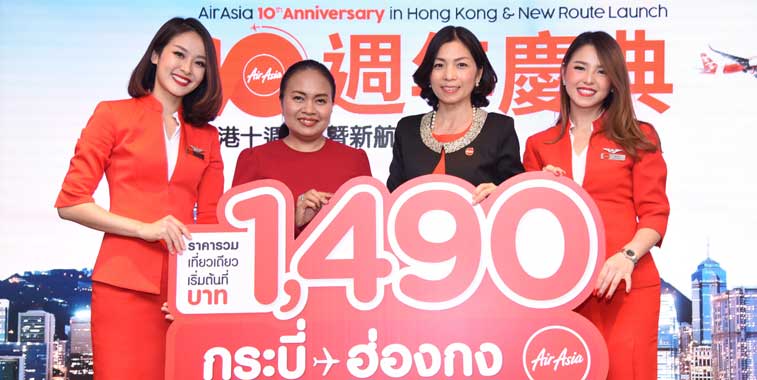 AirAsia held a celebration on 9 Ocotber to mark 10 years of flying to Hong Kong. AirAsia Group began flying to Hong Kong in May 2008 with its first route from Kuala Lumpur operating daily. In 2018 AirAsia flies up to 84 flights to Hong Kong each day with direct routes from Kuala Lumpur and Kota Kinabalu in Malaysia, Bangkok’s Don Mueang, Phuket and Chiang Mai in Thailand and Manila in the Philippines. Celia Lao, CEO of AirAisa Hong Kong and Macao and Sarima Chindamat, Director of Tourism Authority of Thailand Hong Kong Office, joined the celebratory event to launch two new routes from Krabi to Macau and from Krabi to Hong Kong. These new links will begin on 1 and 2 December respectively. 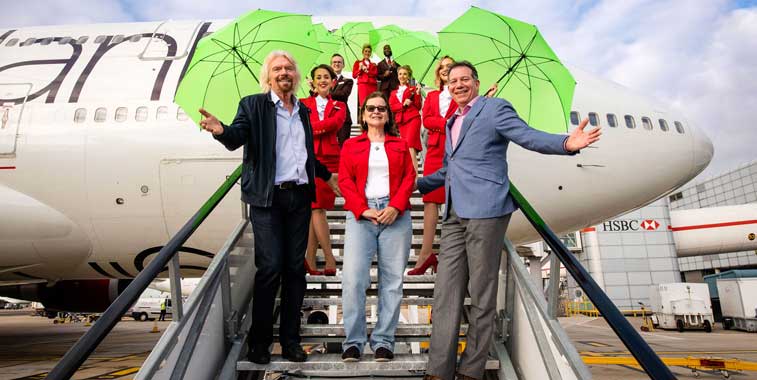 Virgin Atlantic and LanzaTech, supported by long-term partner Boeing, completed a world first this week when the first batch of LanzaTech jet fuel was used on a commercial flight for the very first time. LanzaTech produces next generation ‘advanced’ fuels by making ethanol out of recycled waster industrial gases. Ethanol can be used for a range of low-carbon products, including jet fuel. The innovative alcohol-to-jet process used to make the fuel in this flight was developed in collaboration with Pacific Northwest National Lab and the US Department of Energy. Sir Richard Branson, Founder of Virgin Group, who was on hand at London Gatwick to welcome the flight from Orlando commented: “Long-haul travel is more important than ever for connecting people around the world and it’s our responsibility to ensure we’re doing that in the most sustainable way possible. Working with LanzaTech will enable us to greatly reduce our carbon emissions and at the same time, help support UK industry. That’s why we’re excited to showcase this fuel on its first commercial flight as we plan for the world’s first full scale jet fuel plant using this amazing new technology. The LanzaTech process is important because this fuel takes waste, carbon-rich gases from industrial factories and gives them a second life – so that new fossil fuels don’t have to be taken out of the ground. This flight is a huge step forward in making this new technology a mainstream reality.” 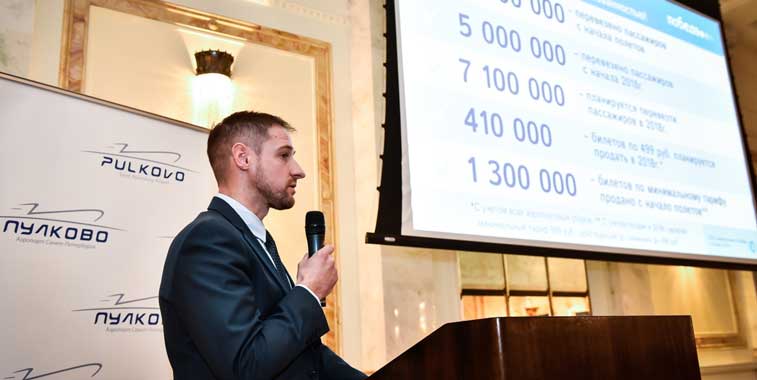 On 5 October St. Petersburg Airport held a winter season routes presentation, at which it announced additions to its schedule for W18/19. Eight new direct destinations will commence during the winter schedule, including three new services from LCC Pobeda to Milan Bergamo, Istanbul Sabiha Gökçen and London Stansted. During the first eight months of 2018, St. Petersburg welcomed 12.2 million passengers, which is 11% more than in the same period of 2017. Domestic passenger traffic increased by 8.2% to 7.3 million while international traffic increased by 16% to 4.9 million passengers.