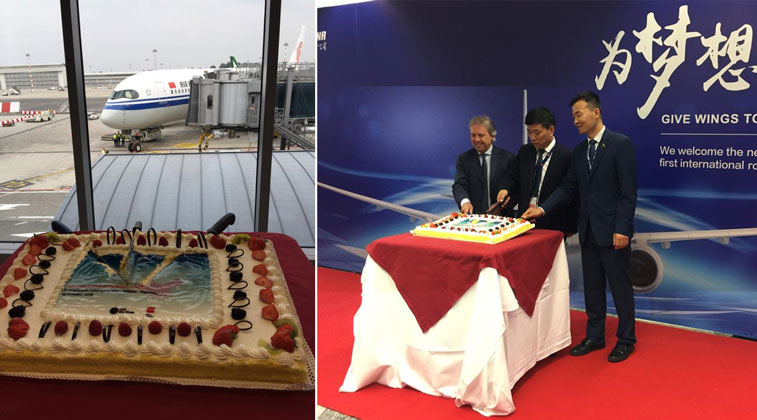 Milan Malpensa had the honour of being the first international destination to be served by Air China’s A350 fleet, with the Star Alliance member introducing the aircraft onto its daily service from Beijing on 15 October, with the Italian airport holding a special event for the aircraft’s arrival the following morning. The carrier previously used its A330-200s on the 8.090-kilometre sector according to OAG schedules, with the new aircraft expected to be deployed on the airline’s route from Shanghai Pudong to the Italian airport from January. Configured with 312 seats, the A350 is an upgauge from the previously flown A330-200 on the sector, which had a 237-seat layout. The change of aircraft means that the airline’s weekly seat capacity between Beijing and Milan will grow by 32%, with 4,368 weekly seats now being flown. The reasoning for Milan being the first international destination for Air China’s A350s is due to the airline’s response of growth in O&D traffic between Beijing and the Italian city, with passenger numbers up 17% year-on-year. Pictured cutting the cake at the flight ceremony are: Aldo Schmid, Aviation Marketing and Traffic Rights Manager, SEA; Song Xuefeng, Consul General in Milan; and Yang Yong Qiang, GM, Air China. Before using the aircraft to Milan, Air China was operating the A350 from Beijing to Chengdu, Guangzhou and Shanghai Hongqiao. 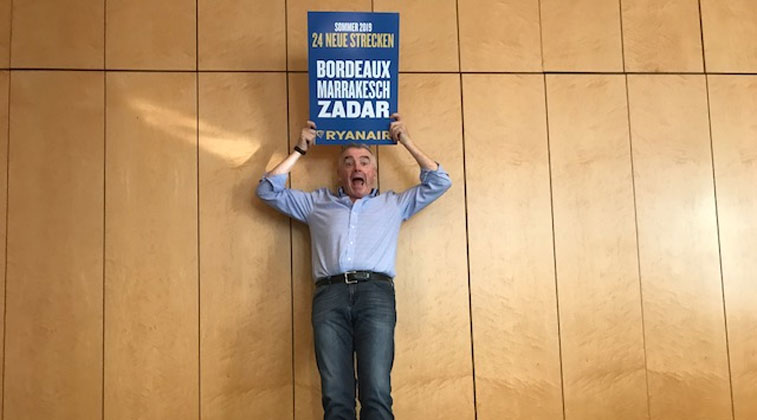 On 17 October Ryanair announced that it will open a new base at Berlin Tegel from April 2019, stationing four aircraft at the German capital airport, while two new routes to Kefalonia and Paphos will be launched. In partnership with Laudamotion, the two airlines are currently poised to offer 23 routes from Tegel in S19. Along with the Tegel announcement, Ryanair has confirmed that in total for S19 it will offer 24 new routes versus S18, with some of the new route additions announced this week for a S19 start including Cologne Bonn to Knock and Zadar, Hamburg to Krakow and Zadar, plus Nuremberg to Zadar. With the confirmation of Tegel as a base, Ryanair will have 10 bases in Germany for S19. Brest Airport celebrated the 10-year anniversary of Ryanair’s service from Marseille this week, with the airport greeting the aircraft which operated the route on 9 October with a water arch salute, while a cake was also made to mark the occasion. The ULCC launched the 925-kilometre sector on 27 October 2008 with a four times weekly frequency. Presently the airline is offering a daily rotation on the city pair. Since launching, the carrier has flown over one million passengers between the two airports. Currently this is the airline’s only route from Brest, however from 30 October it will begin twice-weekly (Tuesdays and Saturdays) flights from Fez, while for S19 it will launch services from its latest UK base at London Southend. Launching 5 April, Ryanair will offer a twice-weekly (Mondays and Fridays) link from the UK capital.