All seven entries in this week’s Arch of Triumph competition were for water archers greeting new narrow-body aircraft services. This category of aircraft now accounts for 60% of all FTWA entries in 2018, way ahead wide-body types on 18%, regional jets on 15% and turboprops on 7%. With three entries, Asia was the most represented region in this week’s competition, ahead of Europe with two and Africa and Asia with one each. Nevertheless, it is Europe, by far the most successful region based on weekly victories, which adds its 22nd title of the year so far. Find out which airport claimed the continent’s latest FTWA success here. Keep Monitoring!! 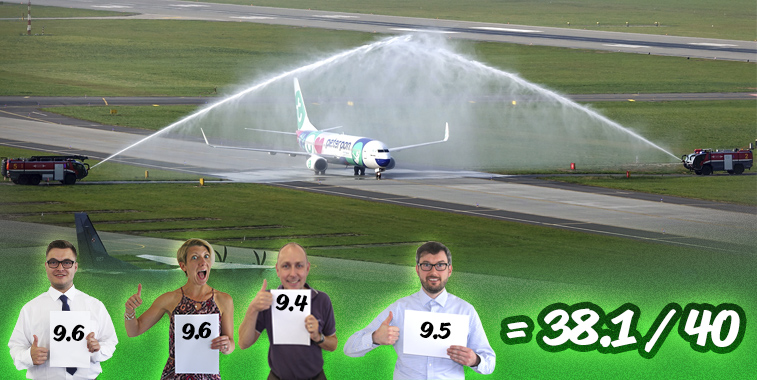 Transavia’s Peter Pan gets a good splash in Poland!!

Judges’ comments: This water arch in Krakow has it all. Both tenders providing just the right amount of oomph to create a perfectly symmetrical arch over the arriving Transavia 737-800. Plus there’s the bonus of a Polish Air Force guard of honour with a number of CASA C-295 transporters looking on. Krakow’s efforts see take home the crown this week and jump straight to number two in the 2018 winners’ rankings so far. 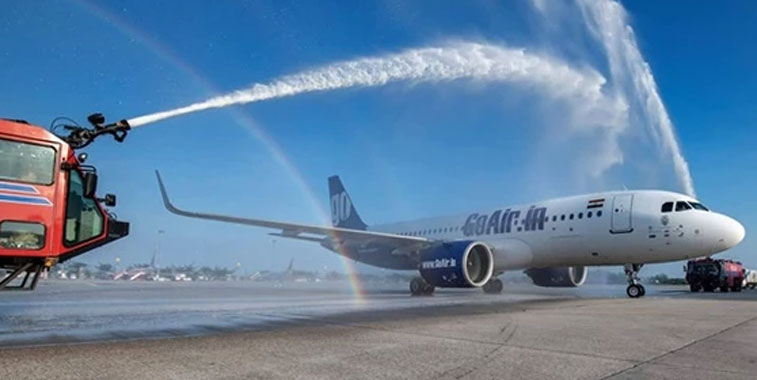 Somewhere over the rainbow…..

Judges’ comments: A creative effort from Phuket’s firefighters resulted in this jaunty FTWA angle while greeting GoAir’s first flight from Delhi, the airline’s first-ever international service. Nice work generating a home-made rainbow too, but the tender on the right has put a bit too much power on here, resulting in a classic Big Boy, Little Boy FTWA. 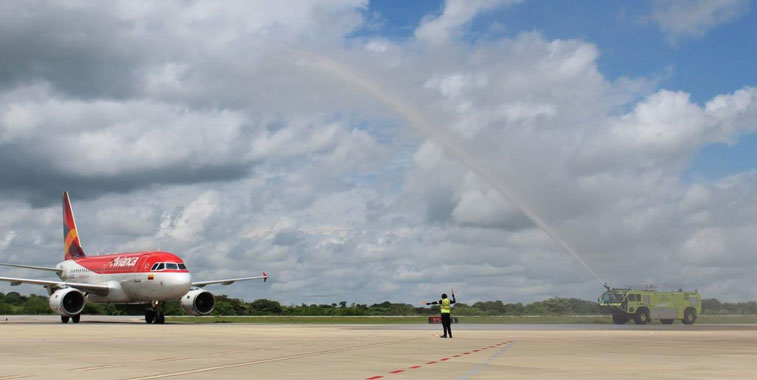 Is the airfield marshall directing the aircraft or conducting the water arch display?

Judges’ comments: Full marks to Corozal for employing the first ever FTWA choreographer for Avianaca’s first flight from Bogota. Is this ground marshaller directing the aircraft or perfecting the water arch? Either way, with only one tender in shot, half marks are the best that can be hoped for here… 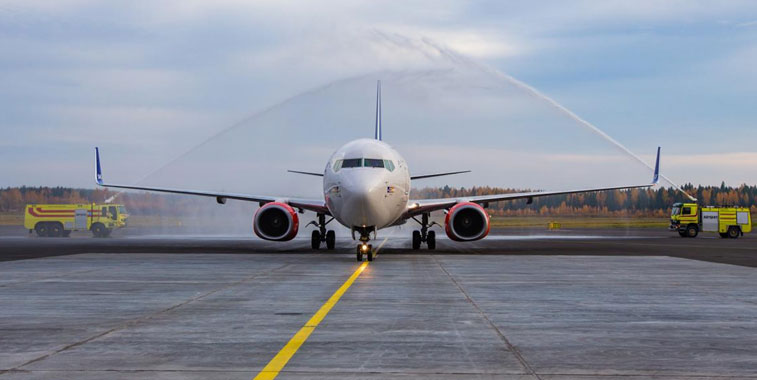 Judges’ comments: According to our records, this is Tampere’s first entry in this year’s Arch of Triumph competition, and the Finnish airport’s effort was almost worth the wait. With just a little more power from the left-hand tender this entry could have been making its presence felt on the 2018 leaderboard. It should be noted however that this route is expected to be flown in the future by A320s. 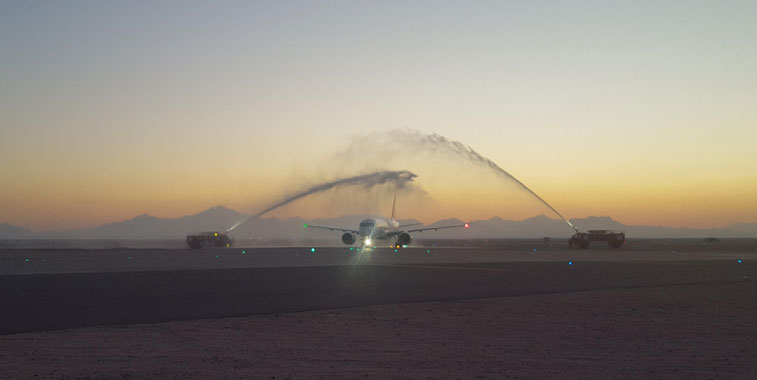 Judges’ comments: Hurghada’s first entry in this year’s Arch of Triumph competition was also only the 11th to be sent in from an African airport this year. This is a strong effort from the Egyptian resort, with an amazing atmospheric backdrop. Just a little more symmetry required from the two fire trucks and this could have been an even stronger contender… 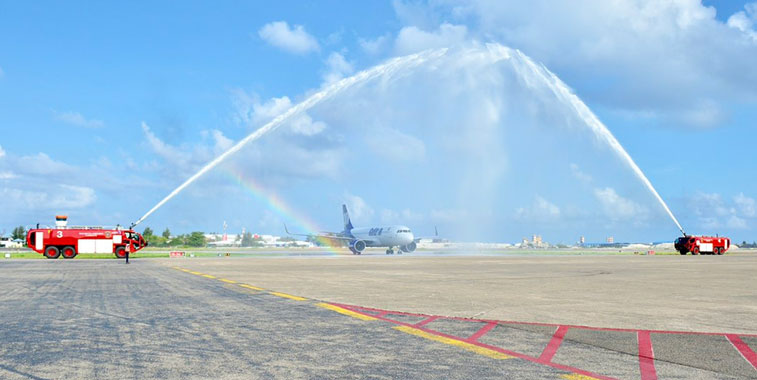 GoAir is raining rainbows this week!!

Judges’ comments: This is the second FTWA featuring GoAir in this week’s line-up and the second to feature a man-made rainbow! Male’s firefighters couldn’t quite bring home the pot of gold with FTWA glory, but they came close here…very close indeed… 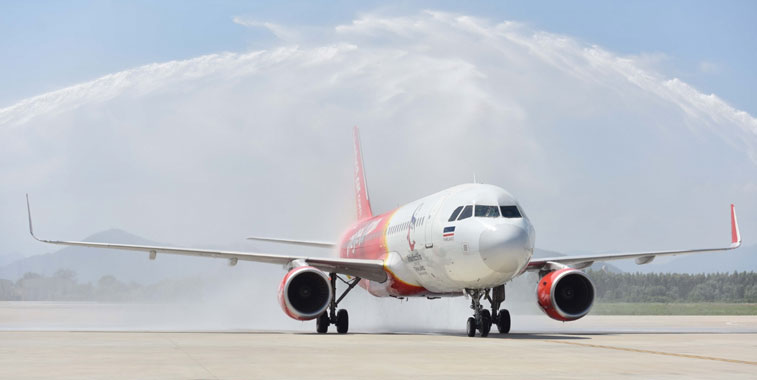 Judges’ comments: Da Nang airport in Vietnam marked its first FTWA entry for 2018 with this liberal dousing of Thai VietJet Air’s inaugural arrival from Bangkok Suvarnabhumi. The water arch looks impressive, but this effort would have benefited from less zoom so we could see the all important fire tenders. We would also like to know what happened to the aircraft’s original nose cone…