With this week marking the end of the S18 season (where did the time go?!), anna.aero has looked back over the first 41 weeks of competition, including this week, to see how the Arch of Triumph competition is growing. To date, 379 FTWAs have been sent to anna.aero for judging, up 13% versus the 335 that anna.aero had received by this point last year. Of these entries, 50% have been conducted for FSC inaugurals, while 42% have welcomed the first flight on LCC-operated services, with the remaining FTWA entries made up of regional (5.8%) and leisure (2.1%) operators. With many routes being launched over the coming weeks as the W18/19 season starts, we’re sure these statistics are likely to change, but for now, take a look at the four entries which we have been sent this week and see who has won the last Arch of Triumph title of the S18 season. Keep Monitoring!! 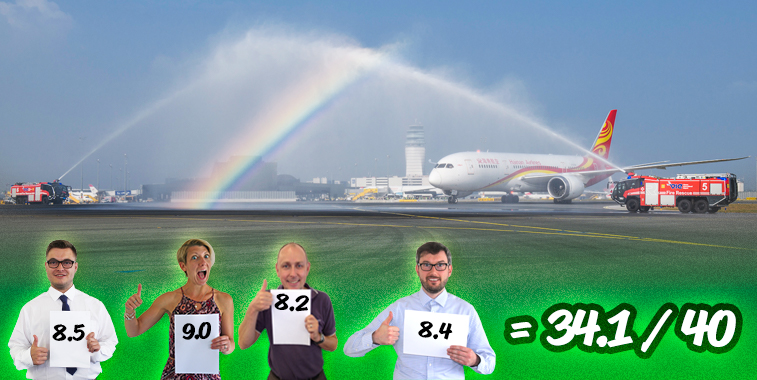 Route launch gold lies at the end of this FTWA rainbow….

Judges’ comments: We at anna.aero love it when an arch is perfectly executed with wonderful symmetry, and the points add up even more when the additional rainbow is in perfect parallel with the left-hand tender’s water propulsion. Great job by team VIE…and this FTWA really confirms that gold does lie at the end of the rainbow, as this FTWA is the last weekly winner of the S18 season… 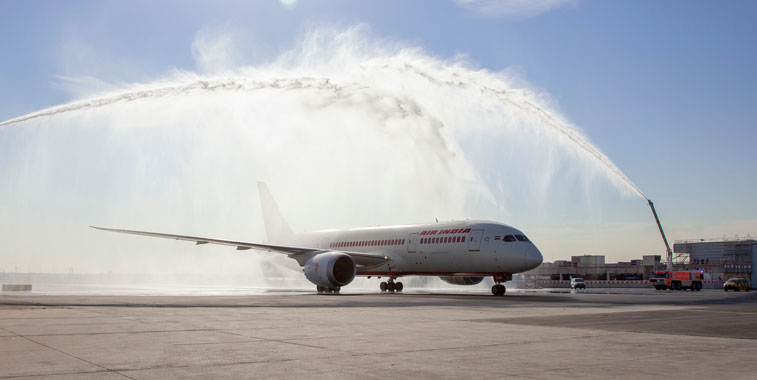 Perfect weather for a welcome return…

Judges’ comments: This FTWA from Frankfurt heralded the end of Air India’s eight-year hiatus of flights between Mumbai and the German hub, with the Star Alliance member reinstating the service to its network. The welcoming party produced a solid water arch to greet the route’s return, but it’s just a shame that the left-hand tender is missing out of shot, as this could have scored much better is both trucks were in view… 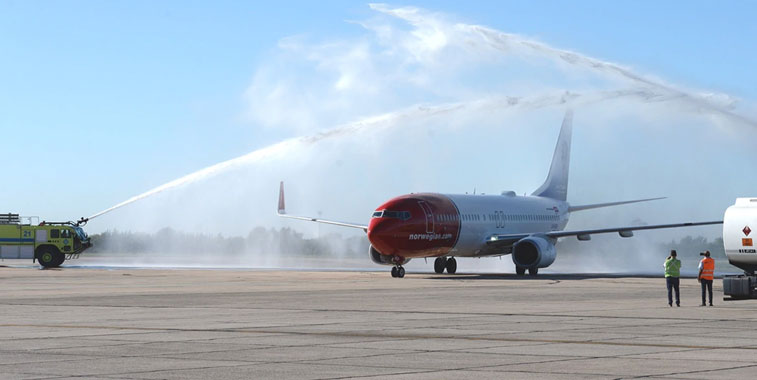 “A European LCC doing Argentinian domestic? Let’s give that strategy a good cooling down…”

Judges’ comments: While the idea of a European carrier doing domestic services in South America does seem baffling, at least Norwegian has seen a niche in a market with great potential, with many low-costs now starting domestic operations in Argentina. This salute from Cordoba Airport greeted the airline’s first commercial domestic service, however like many South American FTWAs, a tender is always missing from shot! Nice to see Cordoba is keeping up with tradition then… 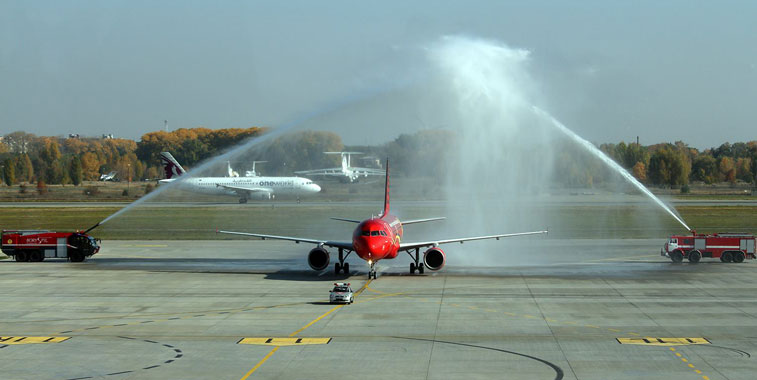 Judges’ comments: It was a close second for Kiev Boryspil in this week’s competition, with it producing this nice FTWA for Brussels Airlines’ inaugural service. There were bonus points too, thanks to the Star Alliance member using its ‘Red Devils’ A320 on the inaugural flight (take note, we love a special livery for an inaugural flight!). However it is a shame that sneaky oneworld member Qatar Airways photobombed the shot, with the Doha-based operator also sporting its alliance livery to make further statement! Very ‘devilish’ indeed…