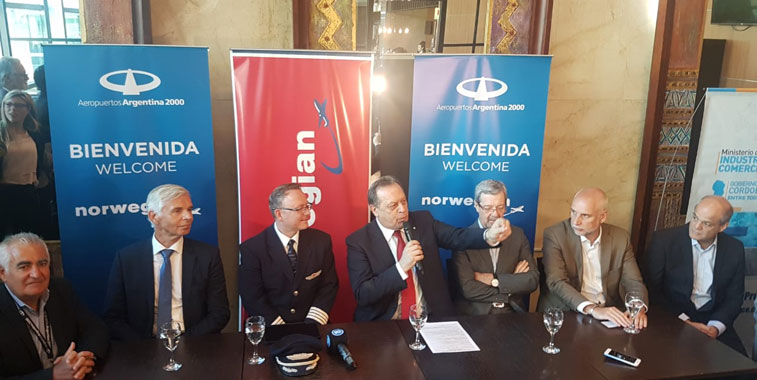 Norwegian commenced domestic operations in Argentina on 16 October, the day in which it inaugurated a twice-daily service to Cordoba along with a daily rotation to Mendoza. Seen pictured at a press conference highlighting the airline’s expansion in the South American country were Norwegian Argentina CEO Ole Christian Melhus (third right), who also captained the first flight, and Argentina’s Secretary of Tourism, Gustavo Santos (centre). 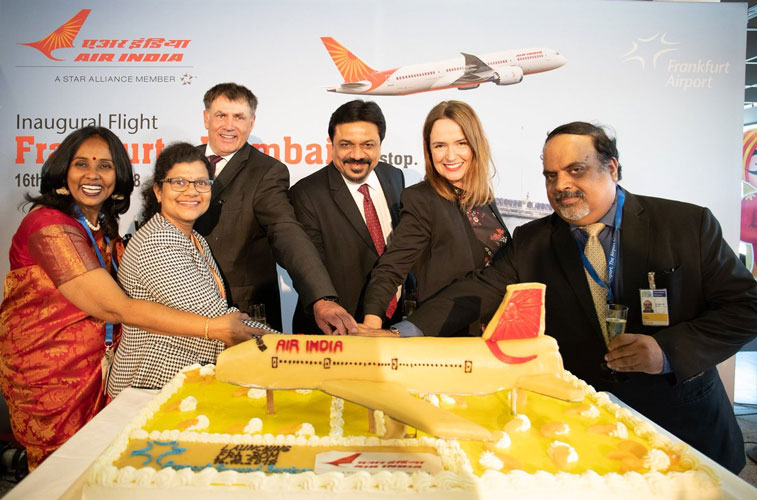 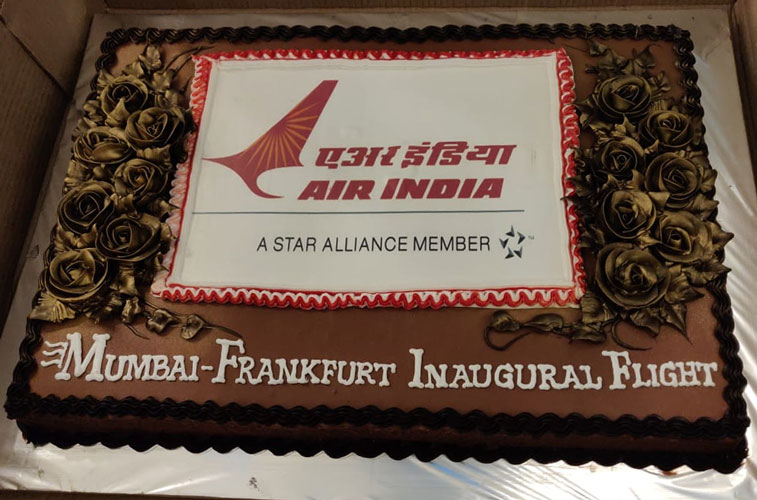 Before Air India’s inaugural flight from Mumbai to Frankfurt left India, another celebratory event took place, with Mumbai Airport presenting this elaborate cake for passengers to enjoy at the gate before departure. 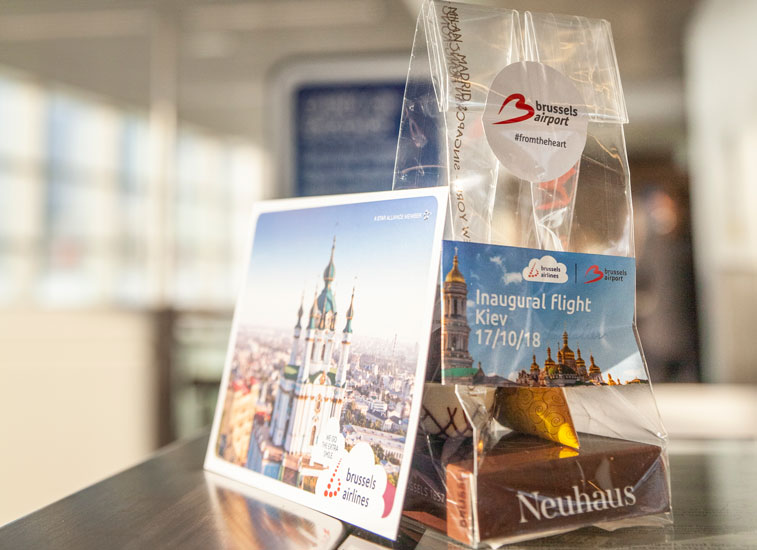 A small ceremony was also had at Brussels Airport before passengers boarded the inaugural flight to Kiev Boryspil on 17 October, with the Belgian hub handing out chocolates and a commemorative postcard. 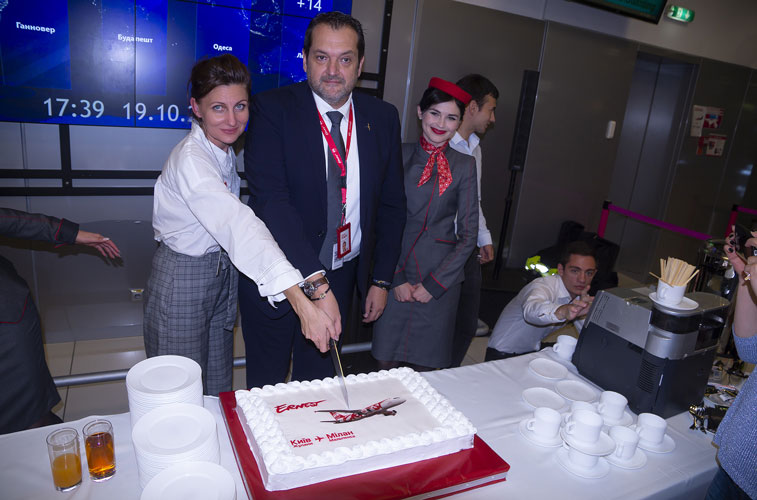 A cake cutting ceremony was held at Kiev Zhulyany on 19 October to celebrate the opening of Ernest’s new connection to Milan Malpensa, with the airline also initiating flights from Rome Fiumicino on the same day. Among those pictured cutting the cake at the Ukrainian capital airport was Davide Strinna, Country Manager Ukraine and Romania, Ernest (centre). With these launches, it means that the carrier now operates five routes from Italy to the Ukrainian capital. Hainan Airlines introduced Vienna to its network on 20 October, launching a twice-weekly (Thursdays and Saturdays) service from Shenzhen. Pictured at the launch in the Austrian capital were: Jiu Jinchun, VP Hainan Airlines; Li Xiaosi, Chinese Ambassador to Austria; and Julian Jäger, COO of Vienna Airport. The Austrian gateway also baked an impressive cake to welcome the arrival of the Chinese carrier. The route will face no direct competition. 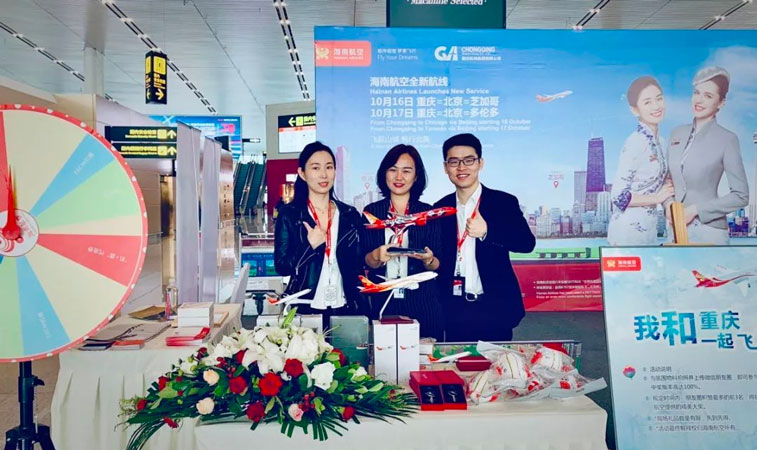 Hainan Airlines opened flights from Chongqing to Chicago O’Hare and Toronto Pearson this week, with both city pairs operating via the airline’s existing links to the North American airports from Beijing. To celebrate the opening of flights, the airline held a small celebration at Chongqing Airport which included games and giveaways. 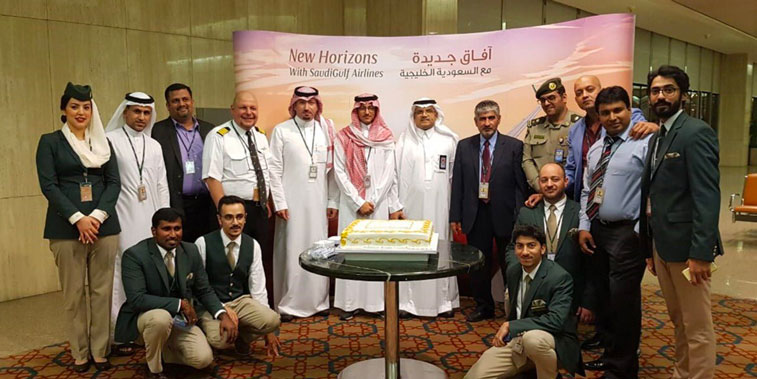 SaudiGulf Airlines, which launched its first route to Pakistan on 15 October with flights between Dammam and Islamabad, this week initiated a further three routes from the Saudi Arabian city to the country, namely Karachi, Lahore and Sialkot. As a result of the airline’s decision to enter the Pakistan market, it will offer 14 weekly departures from Dammam to the country, with it becoming the second international nation on the airline’s route map after the UAE.