Loganair takes over from Ryanair between Glasgow and Derry 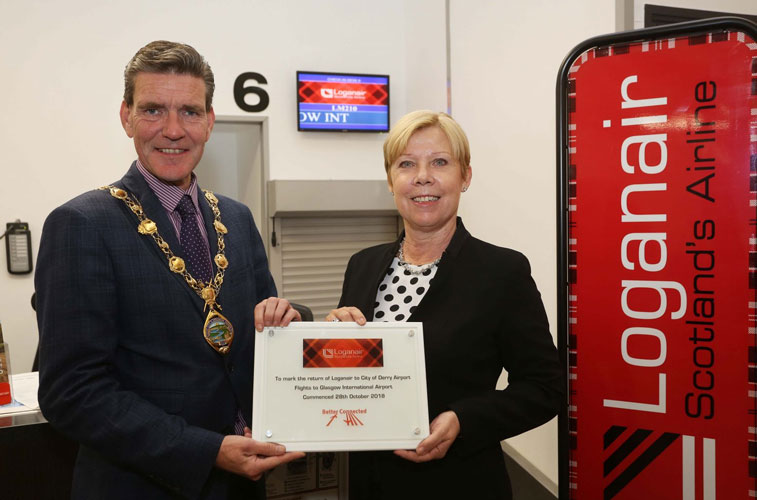 Loganair commenced operations between Glasgow and Derry on 28 October, with it filling the void on the 193-kilometre route left by Ryanair, a result of the latter switching its service to the Northern Ireland airport from Glasgow to Edinburgh. Pictured at the first flight ceremony for the new route opening are Derry City Mayor John Boyle, and Loganair Commercial Director Kay Ryan. The regional carrier will link the two airports five times weekly using its fleet of Saab 340s.