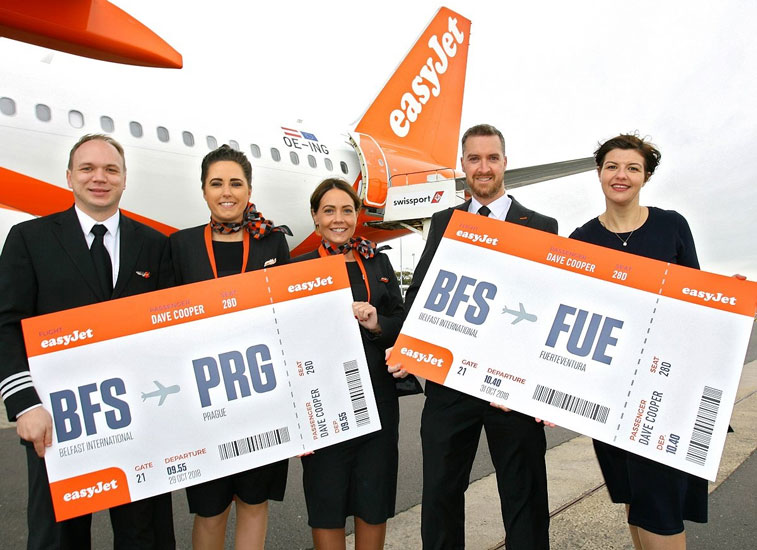 easyJet launched operations between Belfast International and Prague on 29 October, while from the 31 October the airline will link its Northern Ireland base with Fuerteventura. Prague flights will be flown twice-weekly (Mondays and Fridays) using the airline’s fleet of A319s. Pictured with the crew is Deborah Harris, Public Relations Manager, Belfast International Airport. No other airline currently operates non-stop flights between Belfast and Prague. 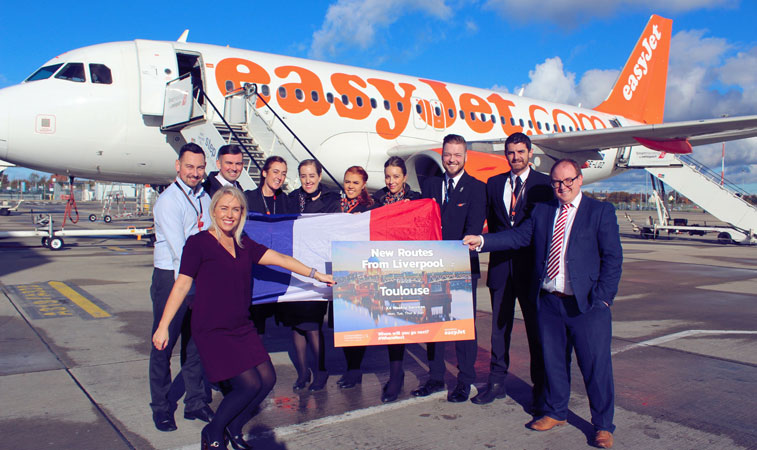 easyJet commenced its newest route from Liverpool on 28 October, a four times weekly service to Toulouse. Pictured celebrating with the crew of the inaugural flight are: Phil Jones, Cabin Services Base Manager – Liverpool, easyJet; Ashley Morgan, Trade Sales Executive, Liverpool Airport; and Declan Maguire, Aviation Development Manager, Liverpool Airport. With this launch, easyJet will offer up to 22 routes from Liverpool this winter. 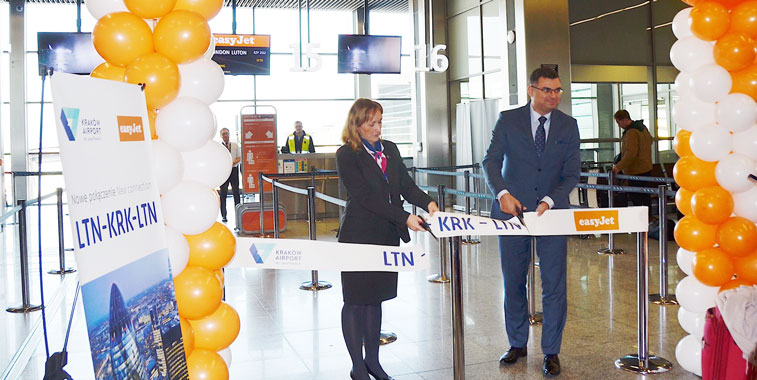 A ribbon cutting ceremony was held at Krakow Airport on 29 October to officially open easyJet’s new service to the Polish city from London Luton. Pictured helping to cut the ribbon is Radoslaw Wloszek, CEO of Krakow Airport. 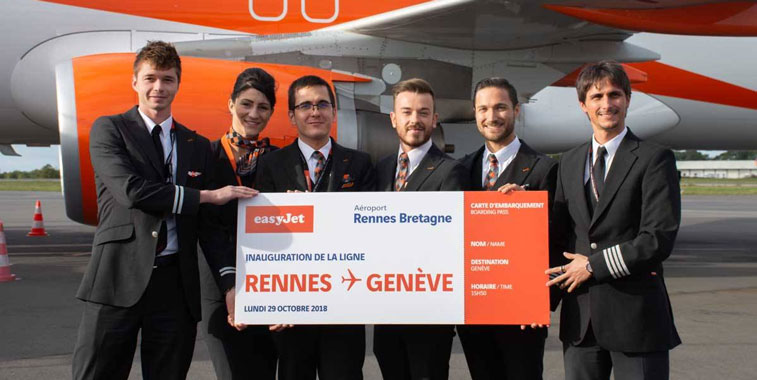 Celebrations were had at Rennes Airport on 29 October as the French regional city welcomed easyJet’s inaugural service from Geneva. The airline will operate the city pair three times weekly using its A320s. This becomes the carrier’s second route to Rennes, with it already linking to the city four times weekly from its base at Lyon. 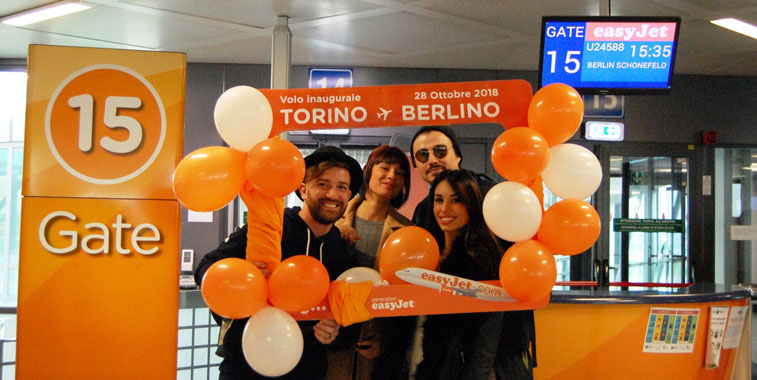 Turin Airport greeted easyJet’s first flight from Berlin Schönefeld on 28 October, one of five new routes which the LCC has launched from the German airport this week. It will offer three weekly flights on this city pair.