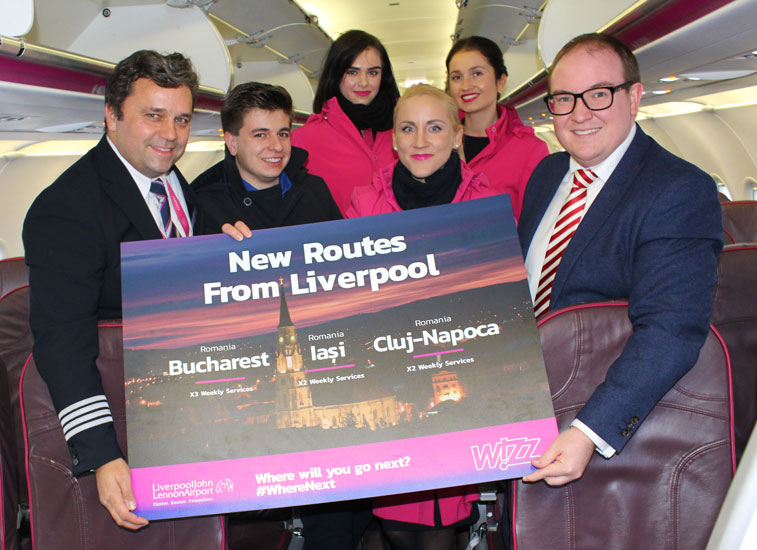 On 29 October Wizz Air launched operations from Cluj-Napoca and Iasi to Liverpool, while from 30 October it will also link to the UK city from Bucharest. Seen celebrating the new routes with the Wizz Air crew is Declan Maguire, Aviation Development Manager, Liverpool Airport. Cluj-Napoca and Iasi routes will be flown twice-weekly. 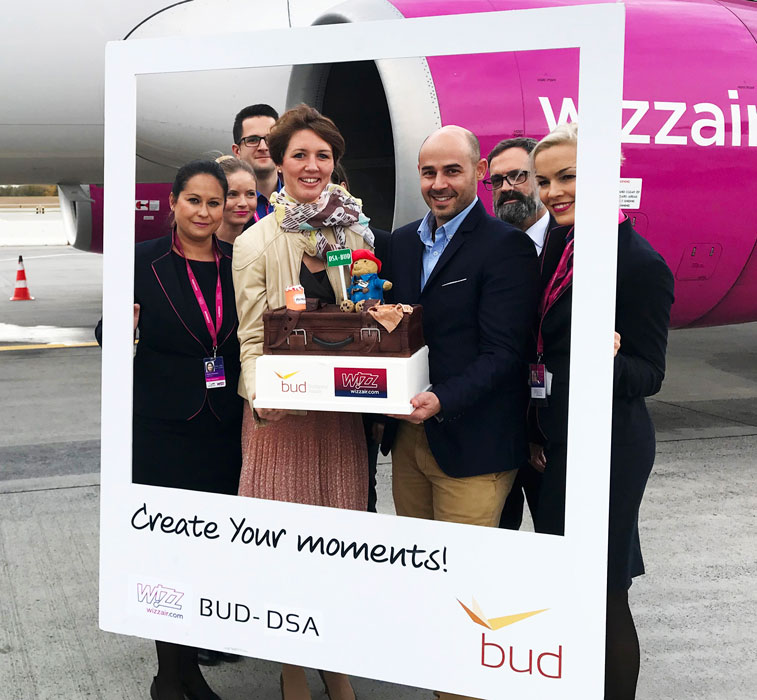 Celebrations were had in Budapest on 29 October to mark the opening of Wizz Air’s new three times weekly service to Doncaster Sheffield. Pictured at the launch creating their route launch moment with the inaugural cake and flight crew were Eszter Almási, Airline Development Manager, Budapest Airport and András Radó, Corporate Communications Manager, Wizz Air. Along with Doncaster Sheffield, Wizz Air serves Birmingham, Glasgow, Liverpool and London Luton in the UK from Budapest. For Doncaster Sheffield, Budapest becomes the airline’s tenth route from the UK airport.