Eurowings launches nine new routes at the start of winter 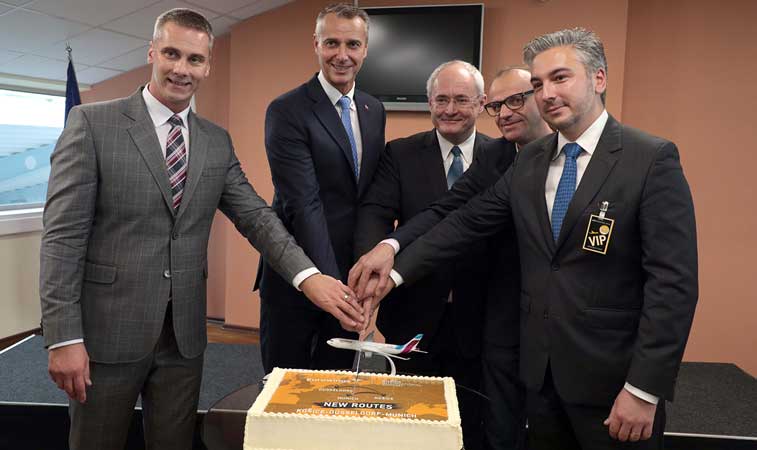 There were celebrations in Košice on 28 October as the Slovakian airport welcomed two new Eurowings routes from Düsseldorf and Munich. The former will be served four times weekly with Q400s while the latter will be operated twice-weekly by A320s. Cutting the specially baked cake to officially launch the new services were: Martin Petruško, Deputy Mayor of Košice, Richard Raši; Deputy Prime Minister of the Slovak Republic for Investment and Informatization; Michael Tmej, CEO and Chairman of the Management Board of Košice International Airport; Frank Nikolaus, Area Senior Manager, Eurowings and Rastislav Trnka, President of Košice self-governing region.