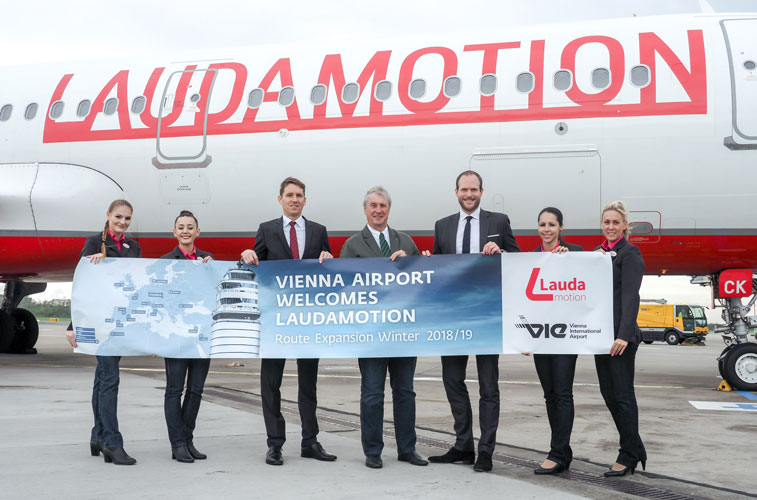 Laudamotion launched its W18/19 expansion from Vienna Airport on 28 October, commencing 15 new routes, while more destinations will be added in the coming weeks. Pictured celebrating the airline’s expansion from the Austrian capital are: Nikolaus Gretzmacher, SVP Vienna Airport; Gerhard Schödinger, Member of the Austrian Federal Council (as representative of Johanna Mikl-Leitner, Governor of Lower Austria); and Andreas Gruber, CEO Laudamotion, 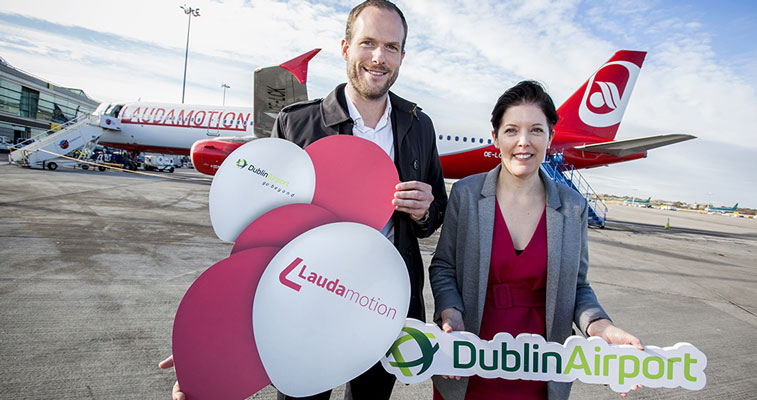 Laudamotion launched a daily service between Vienna and Dublin on 28 October. Pictured at the launch in Ireland were Laudamotion’s CEO Andreas Gruber and Dublin Airport’s Head of Marketing Louise Bannon. The 1,701-kilometre sector will be served using a mixture of the airline’s A320s and A321s, with Aer Lingus providing competition. 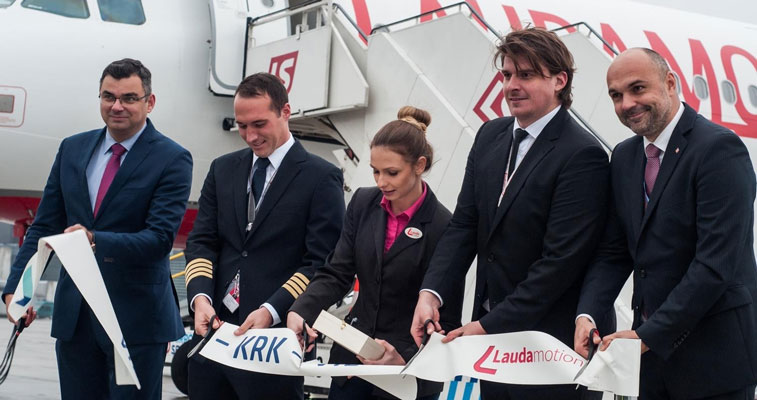 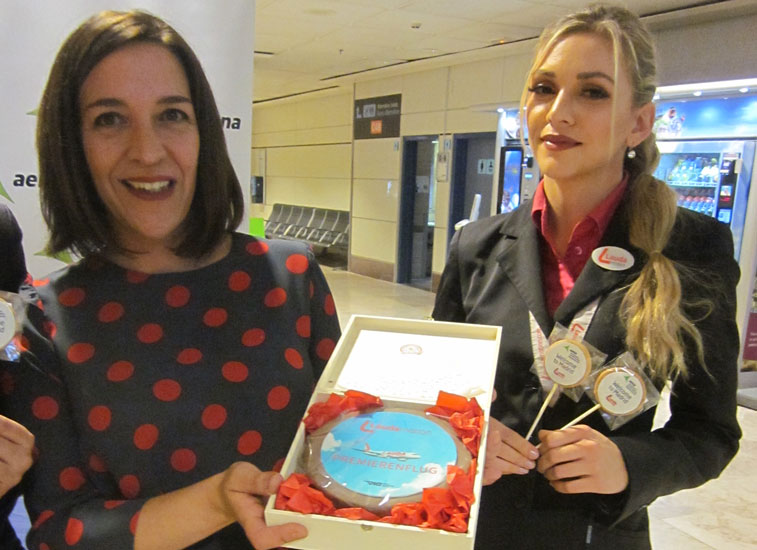 Laudamotion launched a daily operation between Vienna and Madrid on 28 October. Pictured receiving the Sachertorte from the crew, with the special version of the chocolate cake having been presented at every route launch by Laudamotion from the Austrian capital this week, is Mónica Prieto. Head of Airport Marketing and General Coordination Department, Aena. Iberia and Eurowings already offer multiple daily flights on the 1,802-kilometre airport pair. 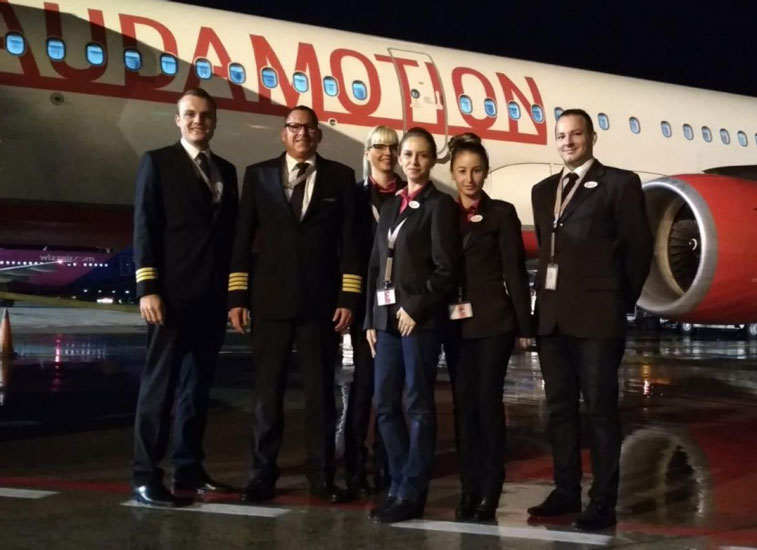 Milan Bergamo welcomed its newest airline partner Laudamotion on 28 October, with the airline launching a daily service from the Austrian capital to Italy’s third busiest airport, with the crew posing for the press. 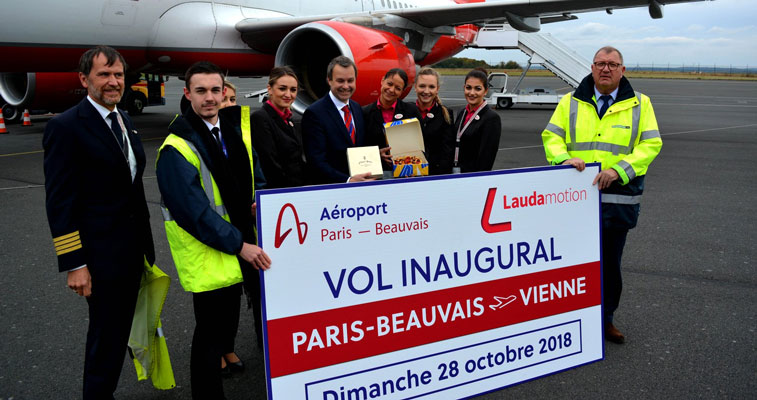