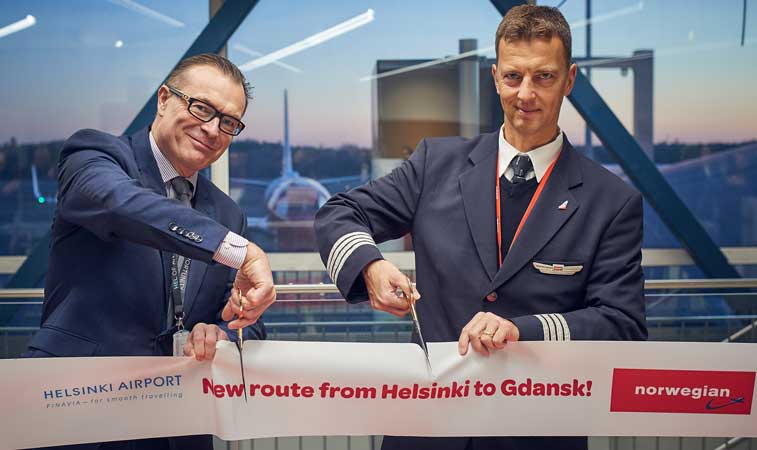 Norwegian commenced services on a new route from Helsinki on 29 October, beginning a twice-weekly operation to Gdansk. Mikko Komi, Key Account and Business Development Manager, Finavia joined the first flight’s captain to cut the ribbon and officially launch the Polish connection. This 766-kilometre route will face competition from Finnair, which already serves the airport pair five times per week. 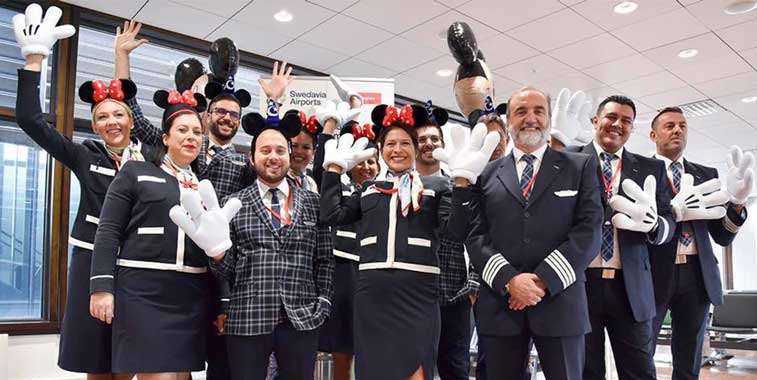 Captain Miguel Martin and his crew get in the Disney spirit ahead of Norwegian’s inaugural flight from Stockholm Arlanda to Orlando on 29 October. The LCC will operate this 7,796-kilometre transatlantic connection twice-weekly with its 787-8 fleet and faces no direct competition. 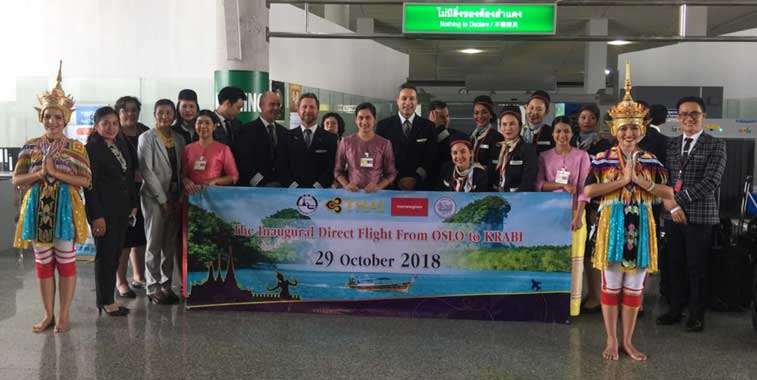 There was a warm reception in Krabi for Captain John Woolfson and the crew of Norwegian’s first flight from Oslo Gardermoen, which arrived in Thailand on 29 Ocotber, having departed Oslo on the evening of the previous day. They were welcomed by representatives from Krabi Airport, the Tourism Authority of Thailand – Krabi office and Thai Airways ground handling. 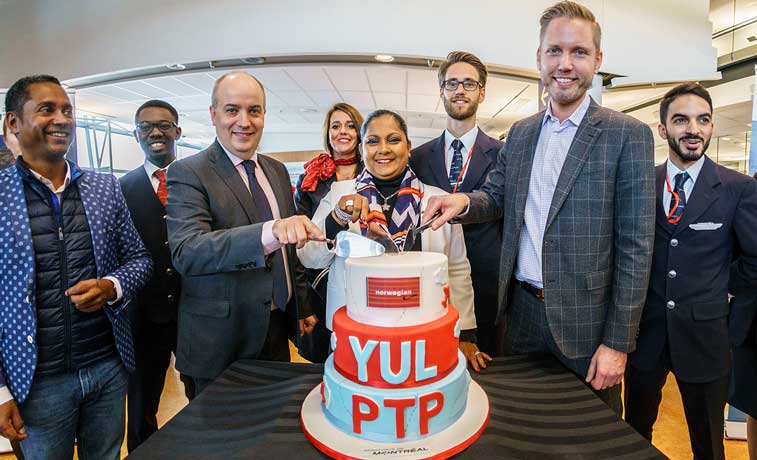