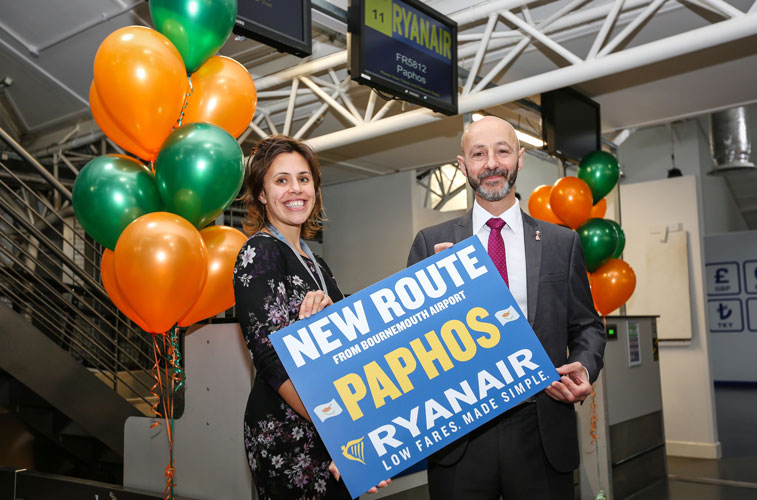 Ryanair commenced a new route between Paphos and Bournemouth on 29 October, a connection it will operate twice-weekly (Mondays and Fridays). Pictured at the route launch are the UK airport’s Marketing Manager Jodie Saunders, and MD Stephen Gill. The route will face direct competition from TUI Airways which offers a weekly rotation. 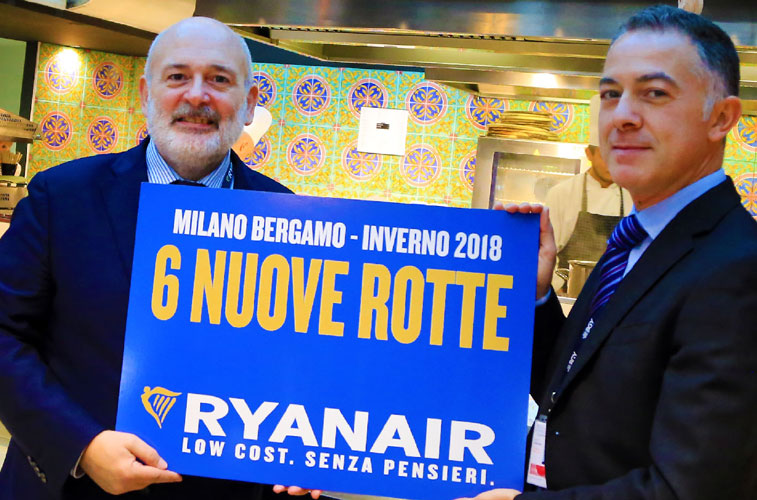 Ryanair commenced its W18/19 schedule from Milan Bergamo on 28 October, with this including three new routes to Amman, Brno and Faro which launched this week, while the airline will also continue services to Crotone this winter, a route it launched in June, while the airline will also offer a twice-weekly service to Palma de Mallorca for the first time in a winter season. The airline will also offer flights to Poznan and Tangier for the first time this winter too according to OAG, route which began in March. Pictured at the celebration of the new routes for winter are Ryanair’s John Alborante, Sales and Marketing Manager Italy, Croatia and Greece, plus Giacomo Cattaneo, Director of Commercial Aviation, SACBO. 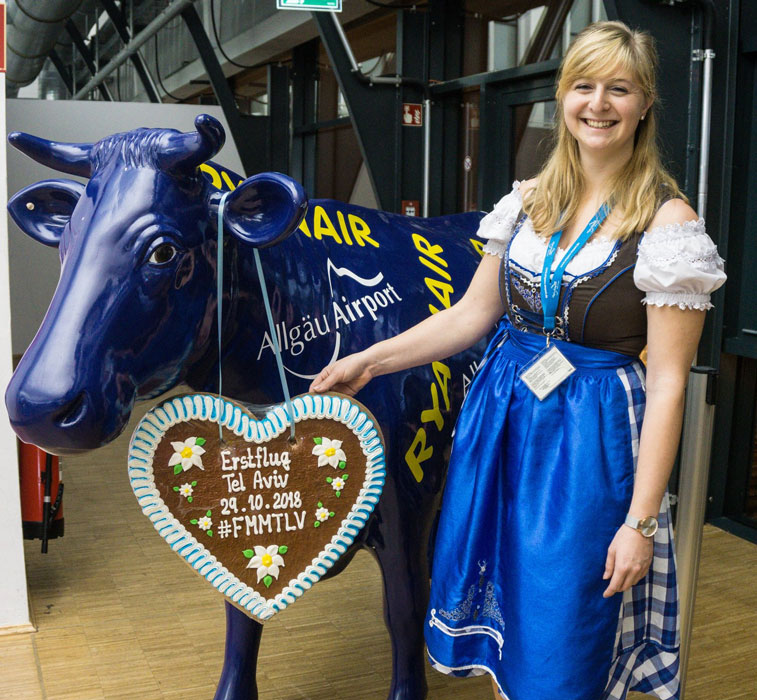 On 29 October Ryanair commenced operations on a new routes between Memmingen and Tel Aviv, a sector which the carrier plans to operate twice-weekly. Pictured at the launch is Memmingen Airport’s Aviation Marketing & Sales Manager, Franziska Spannagel. The airline also launched flights to Brindisi from the German gateway this week.