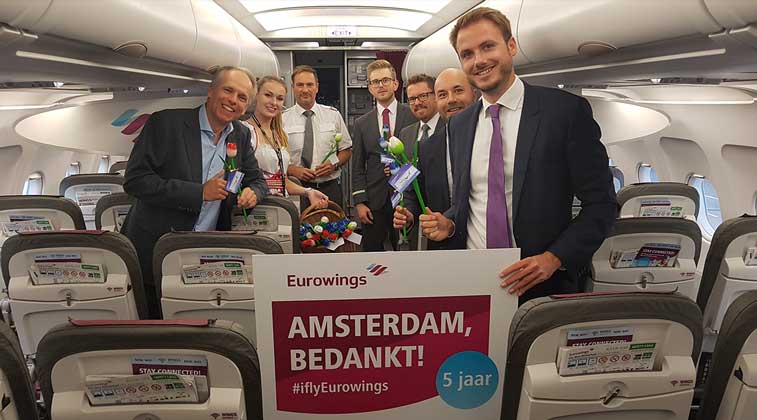 On 25 October Amsterdam and Eurowings celebrated the five year anniversary of the German carrier’s operations at the Dutch airport. Passengers on the inbound Stuttgart flight, which arrived at 17:30, were presented with wooden tulips, while those on the return leg were treated to a small cake with logos of both Eurowings and Amsterdam Airport. Celebrating the occasion were Markus Leopold, Regional Manager UK and Netherlands, Eurowings (right with the sign), Roberto Mamone, GM Sales, The Netherlands, Lufthansa Group (second right side) and Marcel Lekkerkerk, Director Route & Business Development at Amsterdam Airport Schiphol (left). 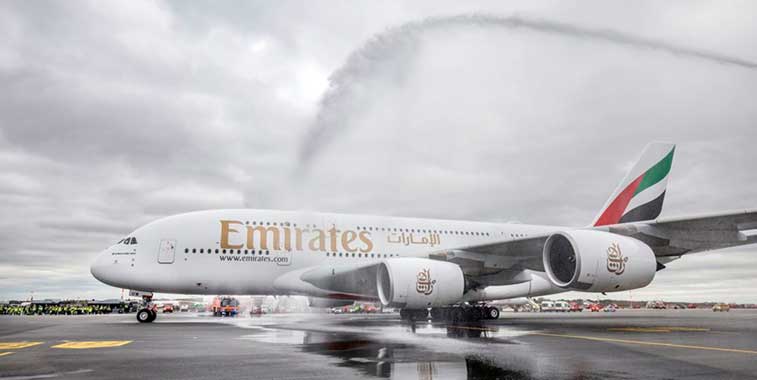 Hamburg became the 50th destination in the Emirates network to be served by the A380 on 29 October, one day after the airline introduced its double-decker on flights to Osaka Kansai. The carrier operates two daily flights to Hamburg and from 30 October the A380 will be regularly deployed on the afternoon service. The introduction of the A380 will boost capacity between Hamburg and Dubai by more than 22%. “Today, at Hamburg Airport, we are celebrating an inaugural flight that we have been looking forward to eagerly for a long time,” says Michael Eggenschwiler, CEO, Hamburg Airport. “From today, Emirates is the first airline to use an Airbus A380 for scheduled services to our airport. The world’s largest airliner is now flying the daily evening flight on our popular Hamburg-Dubai route. The deployment of this impressive aircraft is the logical result of the consistently high load factor on the Dubai flights. For passengers, this means even more comfort and an even better product offering.”