Jet Airways makes a move for Manchester from Mumbai 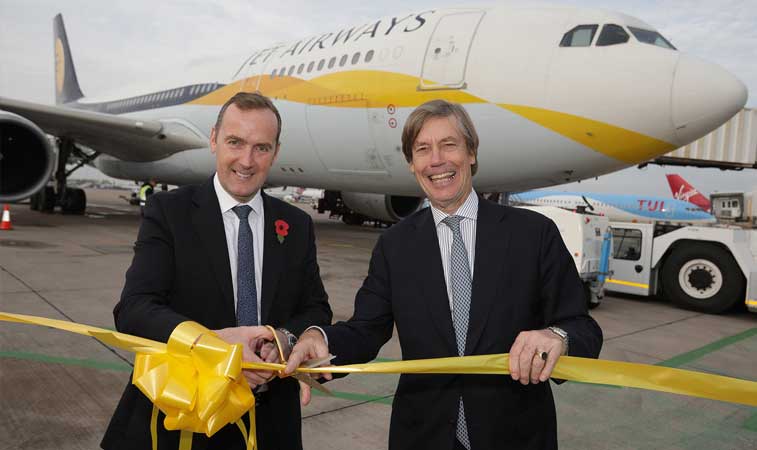 Manchester celebrated a new connection to India with the arrival of Jet Airways and its inaugural service from Mumbai on 5 November. Andrew Cowan, CEO, Manchester Airport and Marnix Fruitema, EVP, Jet Airways, were on hand to cut the ceremonial ribbon. Flights will operate five times weekly on the carrier’s 254-seat A330-200s.