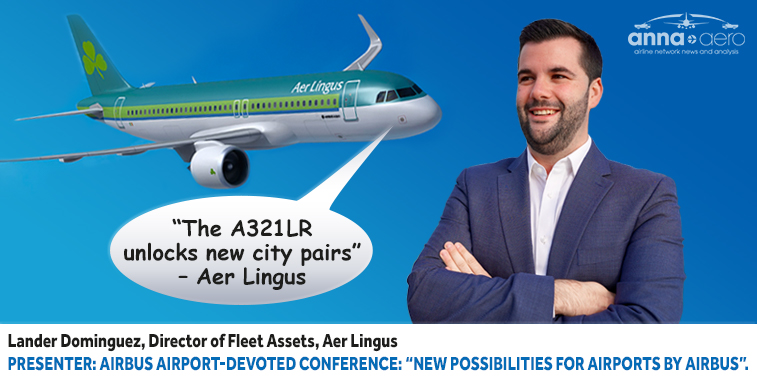 European and North American airports need to come and hear Lander Dominguez, Director of Fleet Assets, Aer Lingus as the airline pursues “a mission is to be the leading value carrier across the North Atlantic, enabled by a profitable and sustainable short-haul network.” 10 Airbus presenters have also been announced (see below).

anna.aero is thrilled to announce that Aer Lingus’ Lander Dominguez, Director of Fleet Assets, is the latest airline executive to join the line-up at Airbus’ airport-devoted conference: “New possibilities for airports by Airbus”. The event takes place 28 November at ACI Airport Exchange, hosted by Avinor Oslo Airport. anna.aero is an official Airbus Media Partner. 10 Airbus presenters have also been announced (see below).

Aer Lingus’ accelerating “North Atlantic Hub at Dublin” plans are of vital relevance to both North American and European airports as the airline pursues “a mission to be the leading value carrier across the North Atlantic, enabled by a profitable and sustainable short-haul network.” The Airbus A220 launch customer – and largest customer for the 145-seat A220-300 – airBaltic’s SVP Network Planning, Wolfgang Reuss, will also discuss European airport opportunities at the Airbus’ airport-devoted conference. airBaltic will operate 14 A220s by end-2018, and is expected to take a further 30+ A220s into its fleet.

A field of 10 Airbus experts has also been assembled to present specialist analysis and solutions: 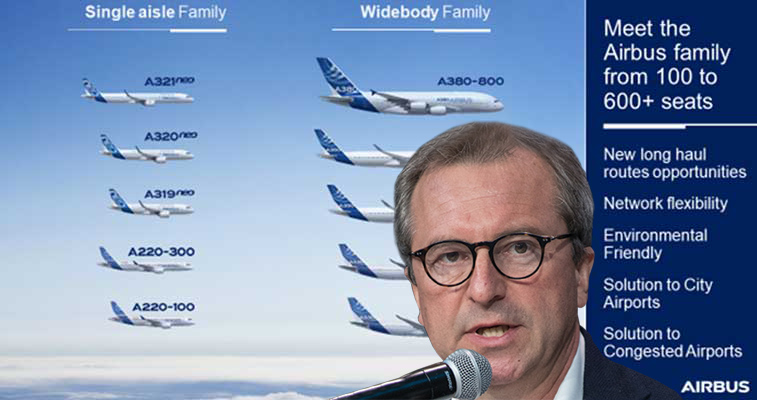 David Dufrenois, VP Sales, Head of A220 Sales, Qatar and A380 Market Development, will deliver the Keynote Presentation at this special Airbus conference: “New possibilities for airports by Airbus”. Dufrenois, Vice President Sales for Qatar, also leads the A380 Marketing Development Platform, and has also led the sales efforts of the A220 since the Bombardier CSeries 100-150-seat jet became part of the Airbus Family in July. anna.aero is fully supporting and promoting this event as an official Airbus media partner.

Exciting new markets and routes made possible by Airbus

The “New possibilities for airports by Airbus” conference will include the following content:

The Airbus day will take place on Wednesday 28 November 2018 at ACI Airport Exchange Hosted by Avinor Oslo Airport. anna.aero is fully supporting and promoting this event as an Airbus media partner.