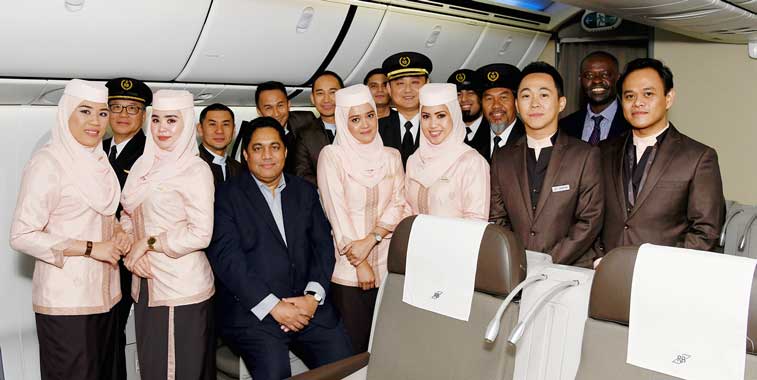 Royal Brunei Airlines celebrated its inaugural flight from London Heathrow to Bandar Seri Begawan on 28 October. Flights operate daily on the carrier’s 787-8. The airline also offers the option of a one-stop itinerary from Heathrow to Melbourne via its home hub. Karam Chand, CEO Royal Brunei (seated) was on the first arrival into Heathrow. “This has been a very significant day for the UK and for Asia, commented Chand. “Tourism to Brunei is at a record high, and the start of our non-stop flights will help increase this even further as well as position Royal Brunei Airlines as the go-to carrier for South East Asian travel. Our daily evening departures from Heathrow are timed to allow guests to maximise time spent in the destination, with an afternoon/evening arrival. Passengers connecting to Melbourne then just have a seven-hour flight from Brunei, departing daily at 19:20 and arriving at 05:20 local time in Melbourne.” 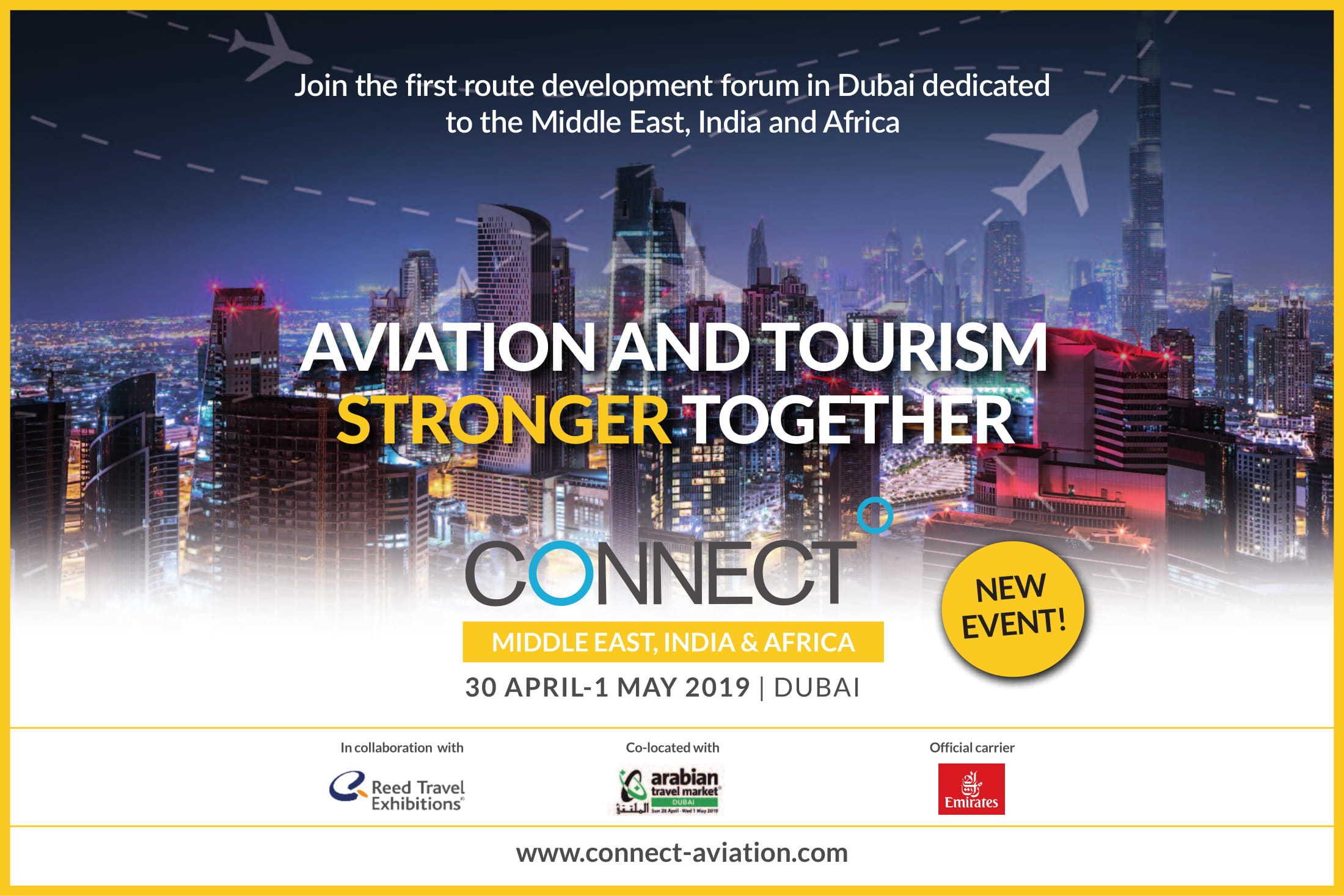 CONNECT, organisers of the annual CONNECT Route Development Forum, have announced a new event. CONNECT Middle East, India & Africa will be organised in collaboration with Reed Travel Exhibitions and co-located with Arabian Travel Market. The inaugural event, endorsed by official carrier Emirates, will be held in Dubai from 30 April to 1 May. 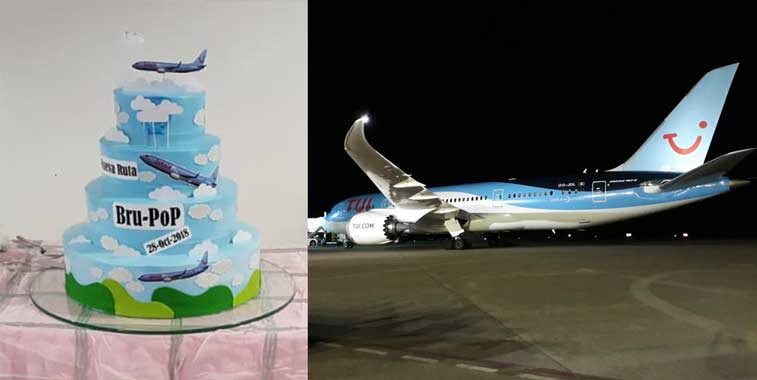 Puerto Plata welcomed the inaugural TUI Airlines Belgium service from Brussels on 28 October. The connection from Europe will operate twice-weekly (Wednesdays and Sundays). The 7,274-kilometre service will be year-round and flown by the airline’s 787-8s. There are no other airlines operating this airport pair. 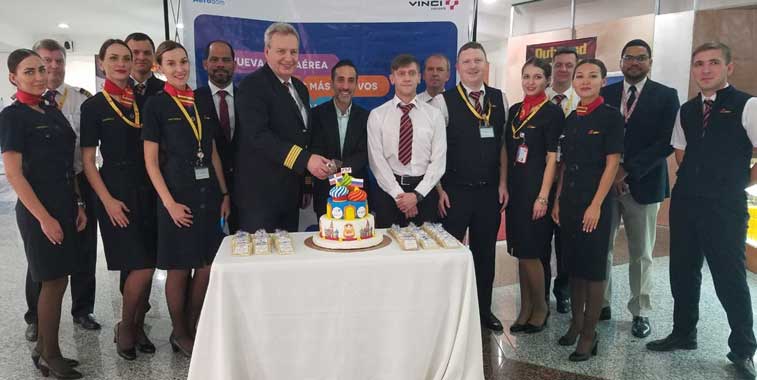 Another of Aerodom’s airports in the Dominican Republic was celebrating on 31 October, when Nordwind Airlines introduced a link from Moscow Sheremetyevo to Santo Domingo. The 9,326-kilometre sector will be operated by 777-300s once every 10 days. Riad Simon, Head of Airline Marketing, Aerodom and Glen Bautista, Santo Domingo Airport Director, were joined by the Nordwind flight crew for the ceremonial cake cutting. Ryanair introduced two new routes from Stockholm Skavsta on 29 October, when it began operations to Edinburgh and Kiev Boryspil. Departing passengers were treated to slices of cake, while the first arrival from the Scottish capital was welcomed with a traditional water arch salute. The Irish ULCC has added two more routes to its Skavsta schedule this week, introducing links to Banja Luka in Bosnia and Herzegovina and to Marrakech in Morocco. “These routes will contribute to the expanding Ryanair network to/from Stockholm and offer interesting travel options for holidays, business and visits to friends and relatives during the upcoming winter season,” commented Peter Steinmetz, MD, Stockholm Skavsta Airport. “We at Skavsta are ready to add to a first class travel experience.” 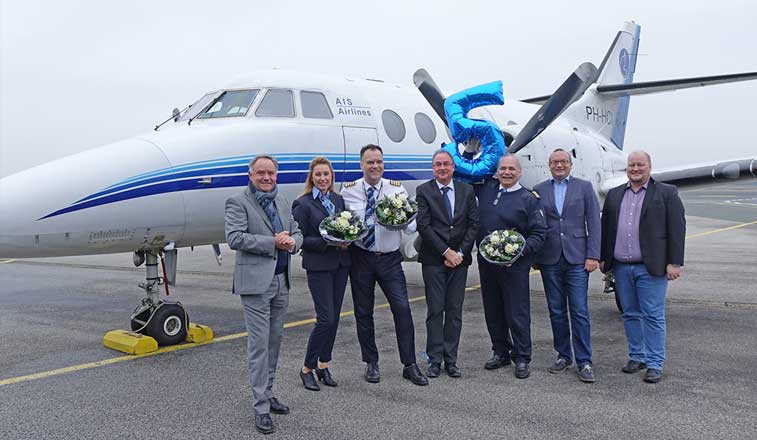 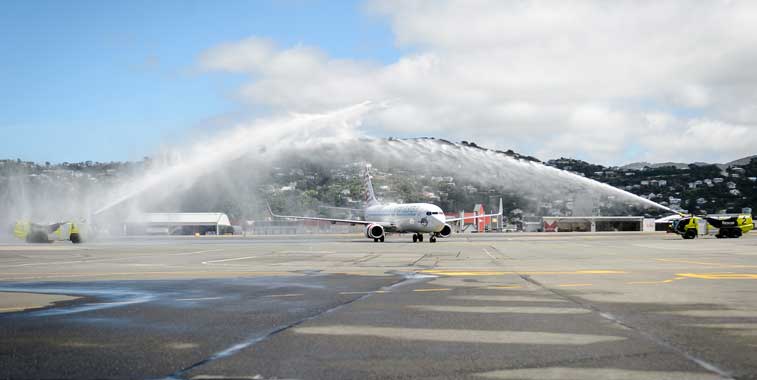 Wellington Airport greeted Virgin Australia Airlines’ inaugural arrival from Sydney with this impressive water arch on 28 October. The airline will offer five weekly flights on the 2,227-kilometre connection to the New Zealand capital. It faces direct competition on the route in the form of Air New Zealand and Qantas, with the two flag carriers offering 12 and 14 weekly flights on the airport pair respectively during the week commencing 6 November. Ryanair added a new route from Vilnius to Venice Treviso on 28 October, with celebrations taking place at the Lithuanian airport. The Irish ULCC started flights to Kiev Boryspil from Vilnius on the same day, before introducing flights from the Lithuanian capital to Amman on 29 October.