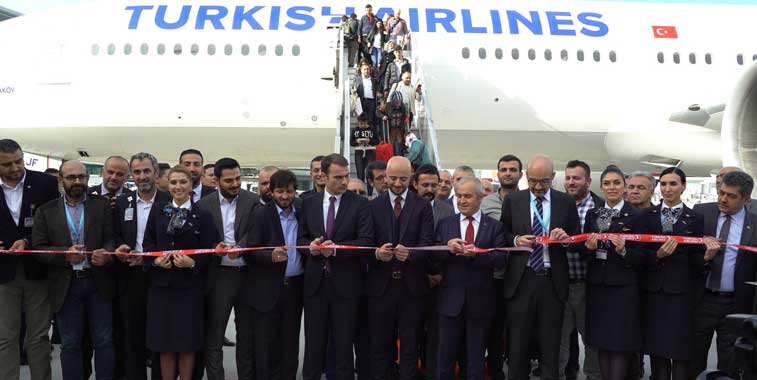 The new Istanbul Airport (as it is now officially called) welcomed its first flights on 31 October, with Turkish Airlines beginning services to Ankara and Ercan (Turkish Republic of Northern Cyprus). Two further domestic links were introduced on 1 November and the airport’s first international flight is due to commence on 8 November, when the airline begins services to Baku in Azerbaijan. All five routes will be served daily until 31 December.

The main transition of services from Atatürk to the new Istanbul Airport is due to start on 30 December and be completed on 31 December. Until that date, the new airport will operate under the IATA code of ISL. When all operations have transferred, it will assume Atatürk’s current IST code. Turkish Airlines points out that the five routes that it will operate from the new airport before the main transition, will be in addition to duplicate services to these destinations from Atatürk. The below table details the frequency of these five routes and compares them to the flag carrier’s current operation at Atatürk, to give an idea of how services will ramp up at the new airport, once the main transition takes place.

Ankara is the largest of the five routes for Turkish Airlines from Atatürk, based on weekly departing capacity, with 149 flights providing nearly 27,000 one-way seats. It is also the only connection that doesn’t face direct competition. The most contested connection is the service to Izmir, which Turkish Airlines serves 103 times weekly from Atatürk, with direct competition from AtlasGlobal, Onur Air and Pegasus Airlines.

All five routes from the Istanbul Airport will be operated by 737-800s up until 31 December. Once all operations have transferred from Atatürk, it is likely that Turkish Airlines will serve them with a mix of aircraft types. For example, Ankara, Antalya and Izmir all currently see wide-body types operating a portion of their weekly scheduled services from Atatürk. 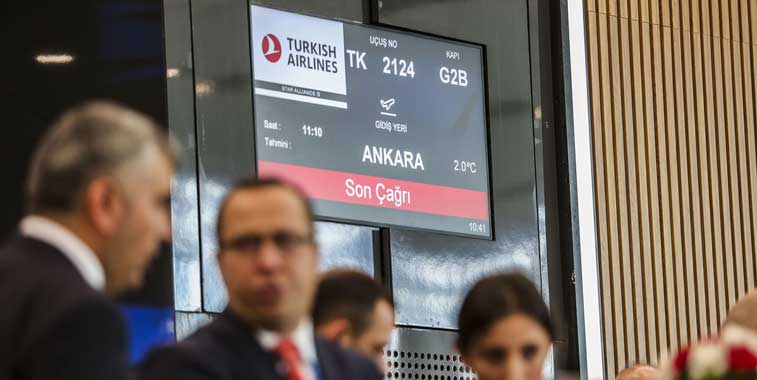 The first flight to depart from Istanbul Airport was Turkish Airlines’ 11:10 service to Ankara on 31 October. The inaugural operation was performed by a 777-300, but from now until all services transfer at the end of December, all flights from the new airport will be performed by 737-800s.

It is the new hub and home of Turkish Airlines and will eventually offer flights to more than 350 destinations with an annual passenger capacity of up to 200 million. The New Airport Show Istanbul is an event that celebrates the opening of the game-changing Istanbul Airport. This show will tell the industry story behind the most important new hub between New York and Shanghai through a spectacular exhibition and high-calibre conferences detailing how and why this hub has been built, and defining its centrally strategic role in global aviation. Taking place at the downtown Istanbul Congress Centre (ICC), Turkey’s most prestigious convention venue and the largest in Istanbul, the show, co-located with Future Travel Experience EMEA, is expected to attract 2,000+ international visitors and 150+ exhibitors.

FREE FOR AIRLINES TO ATTEND & LOW-COST FOR AIRPORTS – REGISTER TODAY