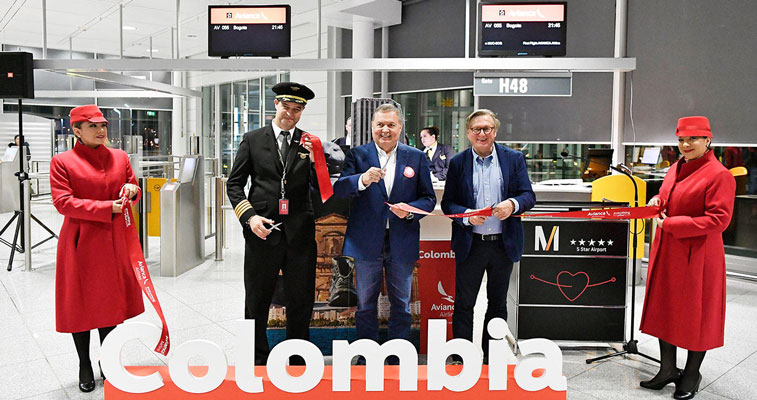 Avianca launched flights between Bogota and Munich on 16 November, touching down in Germany the following day. Seen cutting the ribbon at Munich Airport, officially opening the route, are: Mauricio Puccini, Captain, Avianca; Hernán Rincón, CEO of Avianca; and Dr. Michael Kerkloh, Chairman of the Management Board, Munich Airport. Cologne Bonn celebrated the return of British Airways after a 12 year absence, following the UK flag carrier’s launch of a new route from London Gatwick on 16 November. An impressive ‘double-decked’ cake was baked to mark the occasion, with Chi Mee Yuen, Manager Business Development and Aviation Marketing, Cologne Bonn Airport (centre), celebrating the launch with the first flight’s crew. 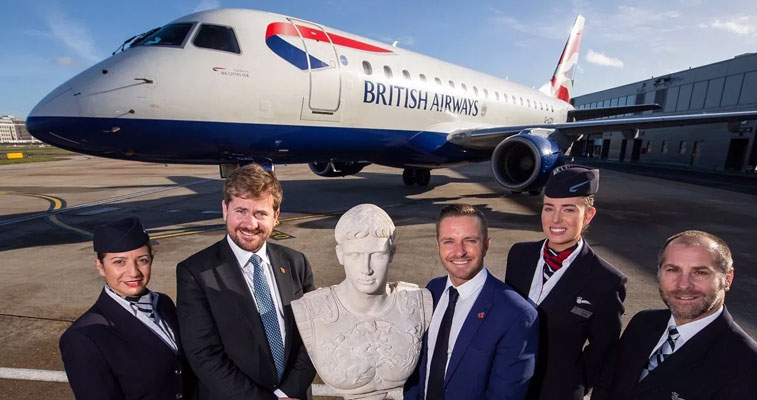 British Airways launched operations between London City and Rome Fiumicino on 11 November, a route that it will operate six times weekly. Pictured at the launch along with the crew are is Luke Hayhoe, GM Commercial and Customer, British Airways (third right). No other airline presently links London City with Rome. 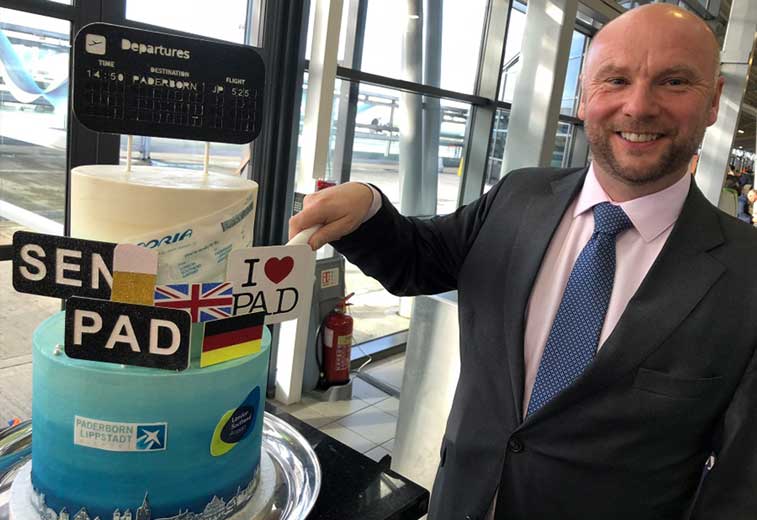 There were celebrations in Bengaluru on 17 November, with a route launch cake baked to mark the start of Air India’s service to London Heathrow. Flights on the 8,042-kilometre sector will operate three times weekly using the carrier’s 787-8s. 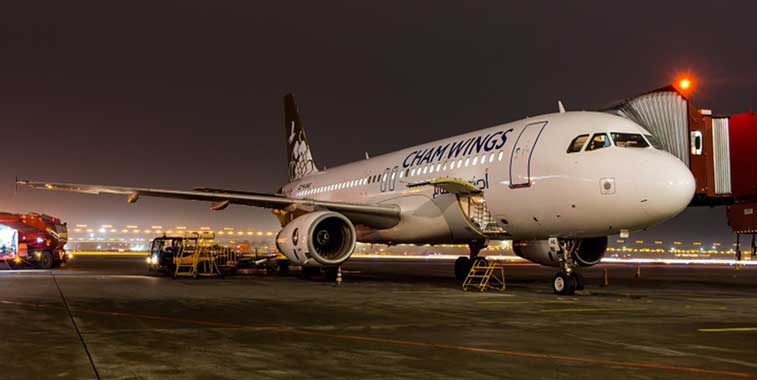 Moscow Sheremetyevo welcomed the arrival of Cham Wings Airlines on 7 November, with the Syrian carrier switching its existing Moscow Vnukovo service to the former airport. Flights will operate weekly (Wednesdays). 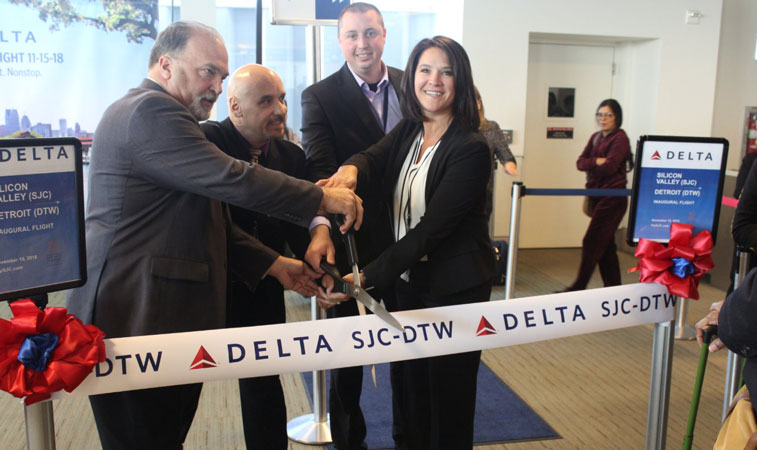 A ribbon cutting ceremony was held at San Jose Airport on 15 November to open Delta Air Lines’ new daily service from Detroit. Among those taking part in the ceremony was John Aitken, Director of Aviation, San Jose Airport (left). The SkyTeam carrier will operate the 3,309-kilometre sector six times weekly using its fleet of 180-seat 737-900s. 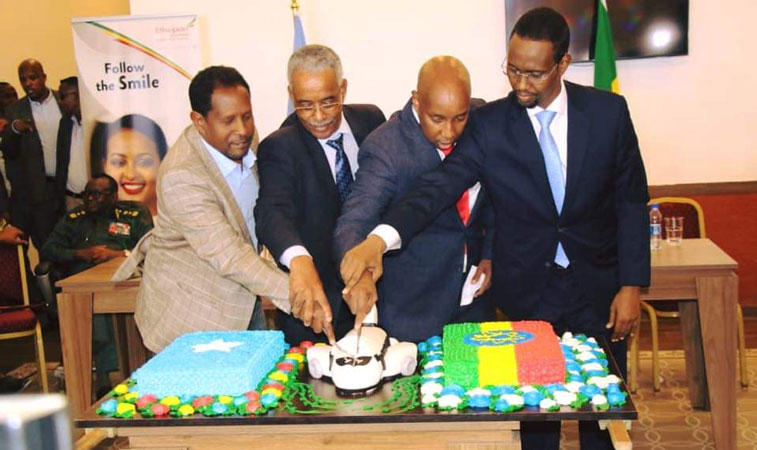 Ethiopian Airlines launched a three times weekly service between Addis Ababa and Mogadishu in Somalia on 9 November, with a cake representing the flags of the two nations being made to celebrate the new service. 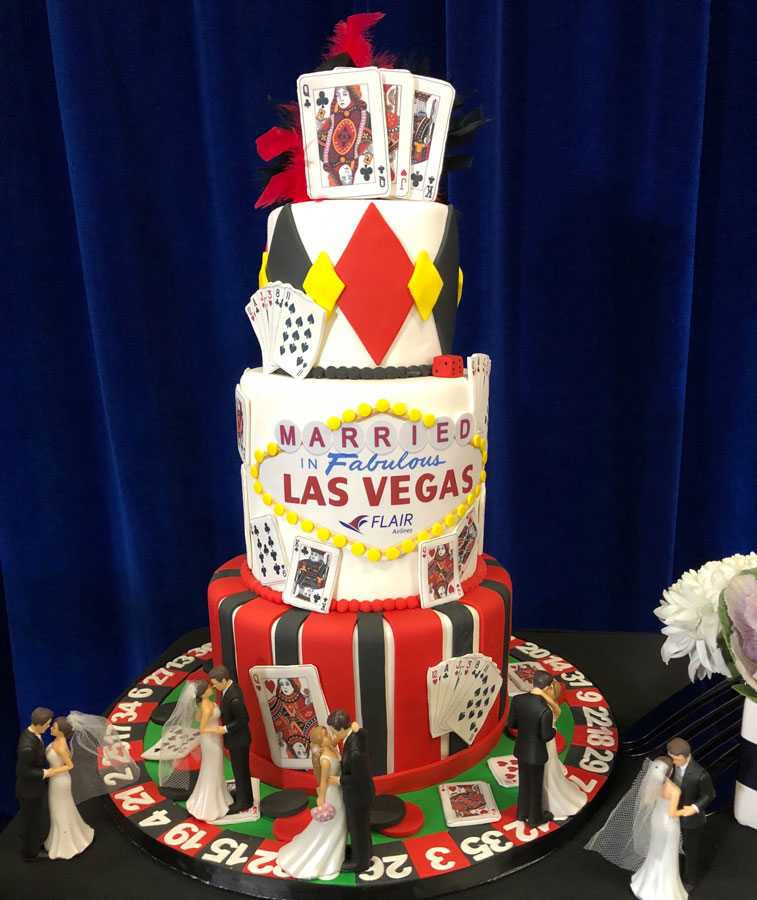 Flair Airlines commenced fights between Edmonton and Las Vegas on 8 November, the day in which it initiated a four times weekly service between the two cities. This fabulous cake was made to commemorate the route opening. 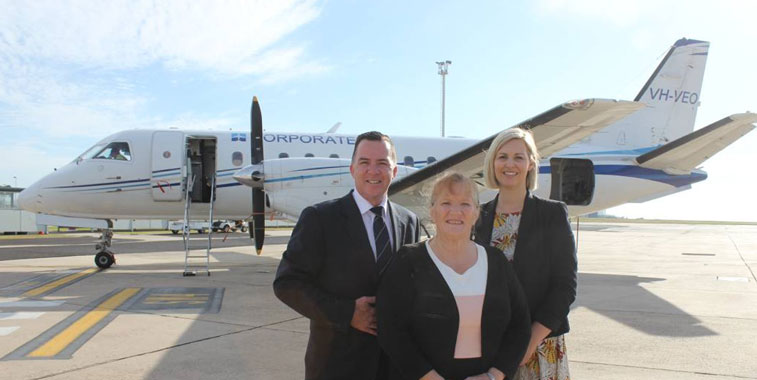 Tampa Airport once again displayed its excellent cullinary marketing skills during the past two weeks, this time baking a trio of cakes for a multitude of new Frontier Airlines services. Pictured with the cake that was made for the airline’s inaugural flight to Grand Rapids are some of Tampa Airport’s Marketing and Communications Team: Ashley Iaccarino, Communications Manager; Debbie Stokes, Marketing Coordinator; Maria Cook, Events Manager; Jacob Taylor, Marketing Intern; and Trudy Brandvold, Marketing Specialist. 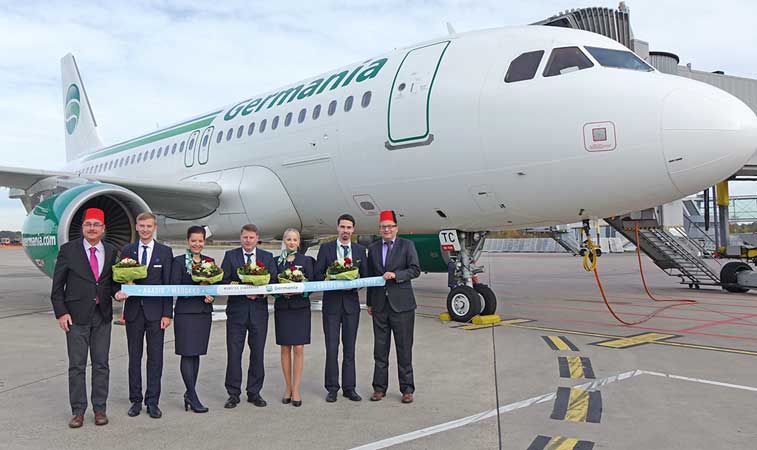 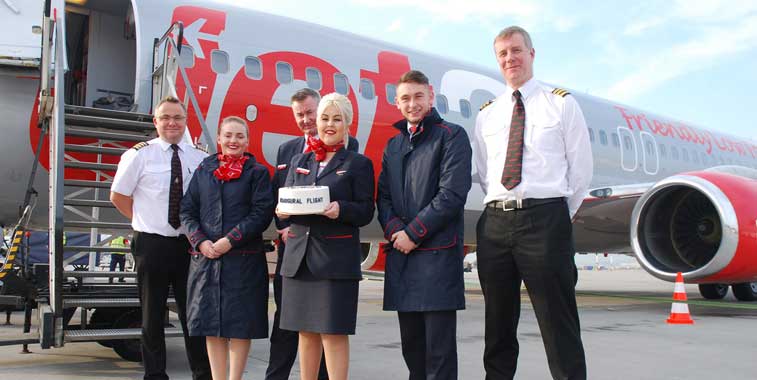 Krakow celebrated the arrival of Jet2.com’s first flight from Leeds Bradford on 9 November, with the inaugural crew being presented with a ceremonial route launch cake. The UK carrier will operate its latest Polish connection twice-weekly on Mondays and Fridays, facing direct competition on the sector from Ryanair. 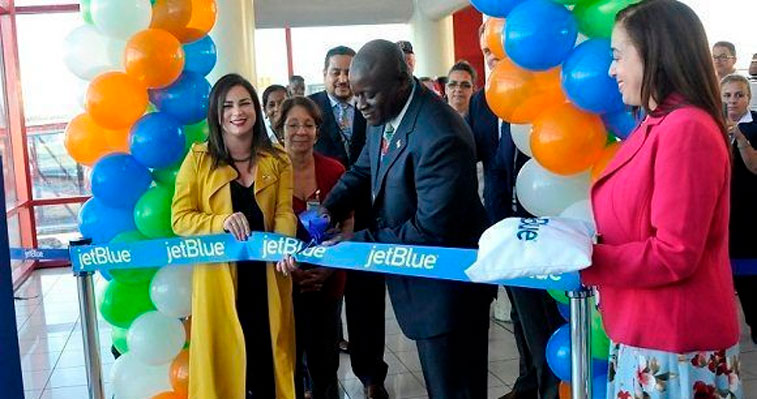 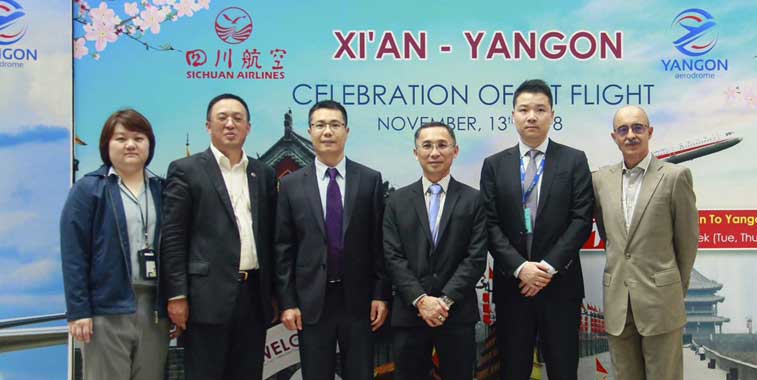 Jose Angeja, COO, Yangon Airport (right), was joined by other airport officials and representatives of Sichuan Airlines to welcome the Chinese carrier’s first flight from Xi’an on 13 November. The 2,317-kilometre route will operate three times weekly on the airline’s A320s, with no other carrier presently operating on the sector. 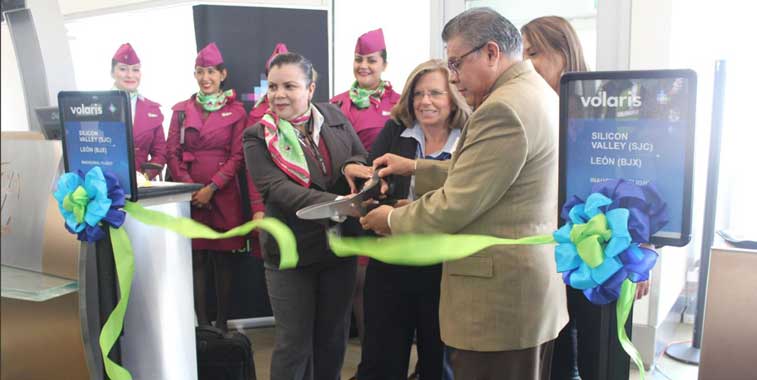 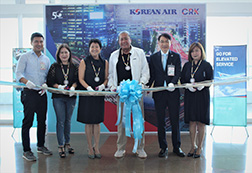