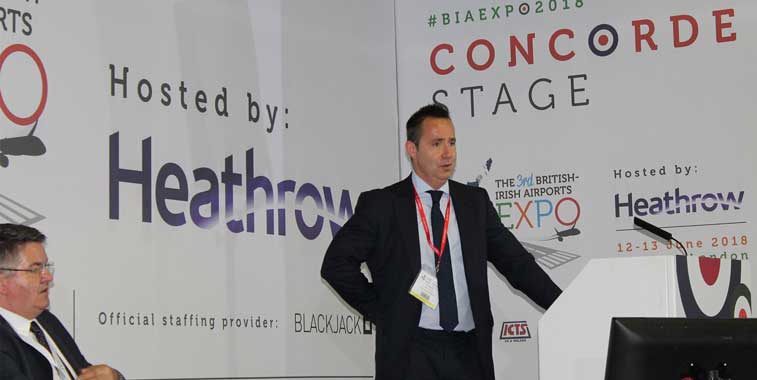 Cornwall Newquay Airport’s Al Titterington presents his case at the anna.aero-RABA HubLAB Heathrow Connectivity Conference,  at the British-Irish Airports EXPO in June 2018. Neil Pakey (left) the Chair of the Regional and Business Airports Group (RABA), which supports Heathrow Expansion, has high hopes that more UK regional airports will now be re-connected to Heathrow.

22 November 2018: Cornwall Airport Newquay has announced the return of direct flights to London Heathrow after a gap of more than 20 years, with Flybe due to commence four times daily flights from 31 March. The last scheduled service on this route took place back in 1997, with the Cornish airport subsequently relying on its link to Gatwick to maintain its regular connection with the UK capital. Cornwall Newquay Airport Managing Director, Al Titterington was a presenter at the anna.aero-RABA HubLAB Heathrow Connectivity Conference, which took place at the third British-Irish Airports EXPO on 12 June, in collaboration with the 40 UK airports of the Regional And Business Airports Group (RABA). The HubLAB conference gave UK and European airports the opportunity to make their case for access to an expanded Heathrow. In his presentation Titterington suggested that a Heathrow link would grow Newquay’s primary London airport market by up to 30% compared to the current 165,000 annual passengers, by allowing travellers to connect globally via Heathrow. Less than six months later, the Cornish Airport has achieved its aspiration for a link to Europe’s busiest hub.

“This is fantastic news for the airport, region and the greater South West of the UK,” says Titterington. “We have been working for many years to make sure that Cornwall Airport Newquay has direct access to Europe’s busiest hub, and with this new service it opens not just a connection to the UK’s leading gateway, but also the world.” Adding further comment, Titterington states: “By having direct flights to Heathrow, it grows the strength of Newquay and Cornwall’s brand abroad, which is great for the local business community and those wanting to visit our beautiful county.”

In 2008, 190,000 passengers travelled between Newquay and London, but there followed four years of decline on the Cornish airport’s capital connections, mainly due to the withdrawal of Ryanair from the London Stansted connection, which coincided with the height of the global economic recession. Gatwick has been Cornwall’s main London link since 2009. Other London airports that have seen scheduled services to Newquay over the past 10 years include Stansted, Southend and London City. The period 2012 to 2017 witnessed five consecutive years of traffic growth between Newquay and London, with annual passenger numbers increasing by 90% over this period. More than 182,000 people travelled on flights between the Cornish airport and UK capital in 2017, with in excess of 160,000 of these using Flybe’s flights to and from Gatwick. A new five times weekly service to Southend is also due to commence from next April. 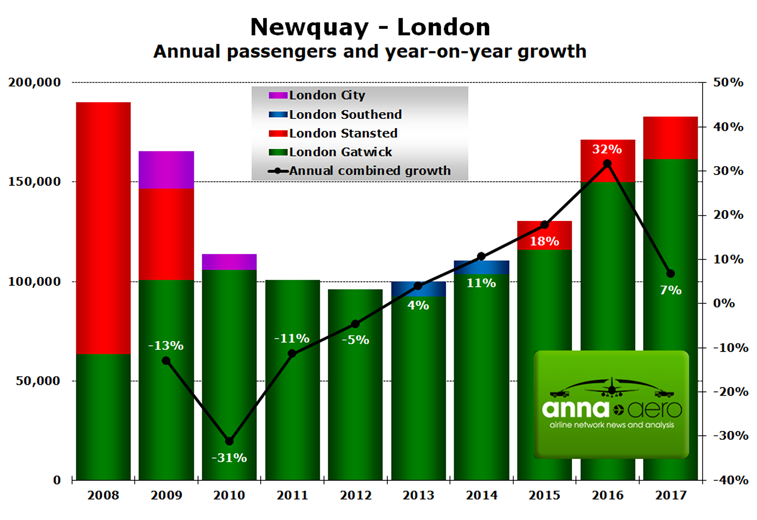 The new Heathrow flights will replace Flybe’s existing, three times daily service to Gatwick. “While the Gatwick service will switch to Heathrow, the increased demand shows that Cornwall Airport Newquay needs more services to the capital, and with Flybe offering up to four daily flights to Heathrow, up from three at the moment to Gatwick, we will be giving passengers an extra nine weekly departures to choose from, says Titterington.”

Neil Pakey, the Chair of the Regional And Business Airports Group (RABA), the 40-airport strong lobby association of UK and Dependency regional airports, also enthusiastically welcomes the news: “RABA has been lobbying for the UK regions to be re-connected to Heathrow and this is the core reason why the regional airports have supported the third runway at Heathrow – we look forward to many other regional airports being reconnected under the same principles!”

John Holland Kaye, CEO at Heathrow Airport said: “We are delighted to secure a regular service to Newquay, connecting exporters from Cornwall to global markets through Heathrow and making it easier for inward investors, tourists and students from all over the world to get there. Following the successful launch in 2016, of an Inverness service the UK’s two furthermost mainland airports will now be connected to the UK’s biggest airport hub.” 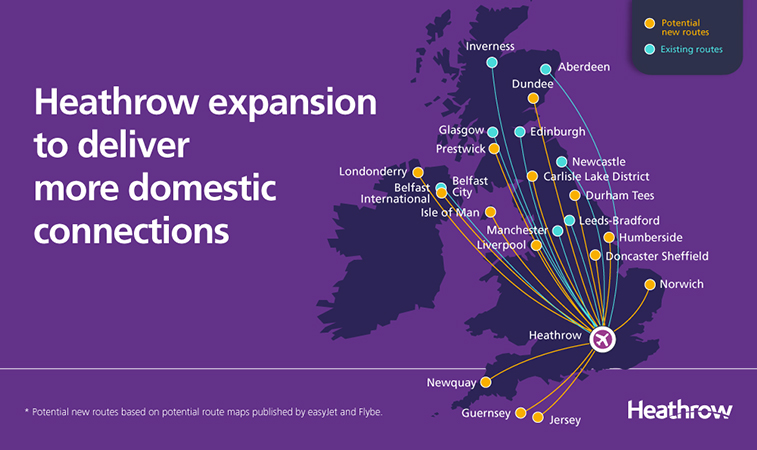