Turkish Airlines gets going for The Gambia 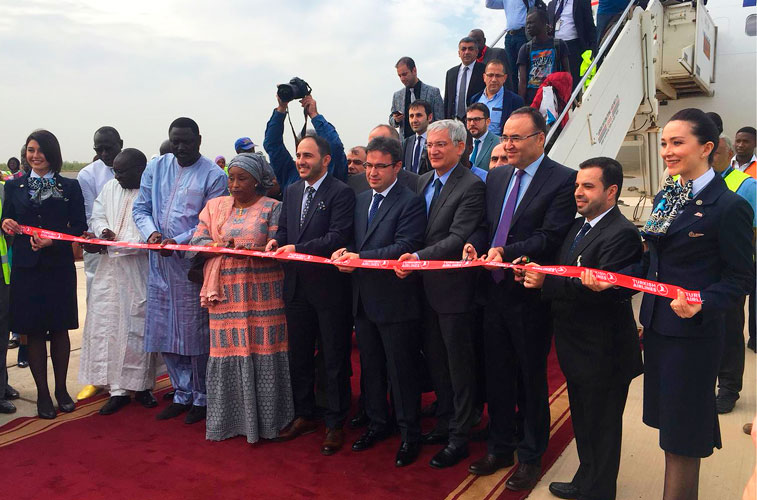 Turkish Airlines commenced operations to The Gambia on 26 November, launching a twice-weekly (Mondays and Fridays) service to Banjul, with the route operating via the airline’s existing service to Dakar. To open the new route, a traditional ribbon cutting ceremony took place at the African airport. Among those taking part in the ribbon cutting ceremony was Kerem Sarp, SVP Sales, Turkish Airlines (fifth right). Flights to Banjul will be operated using 737 MAX 8s.