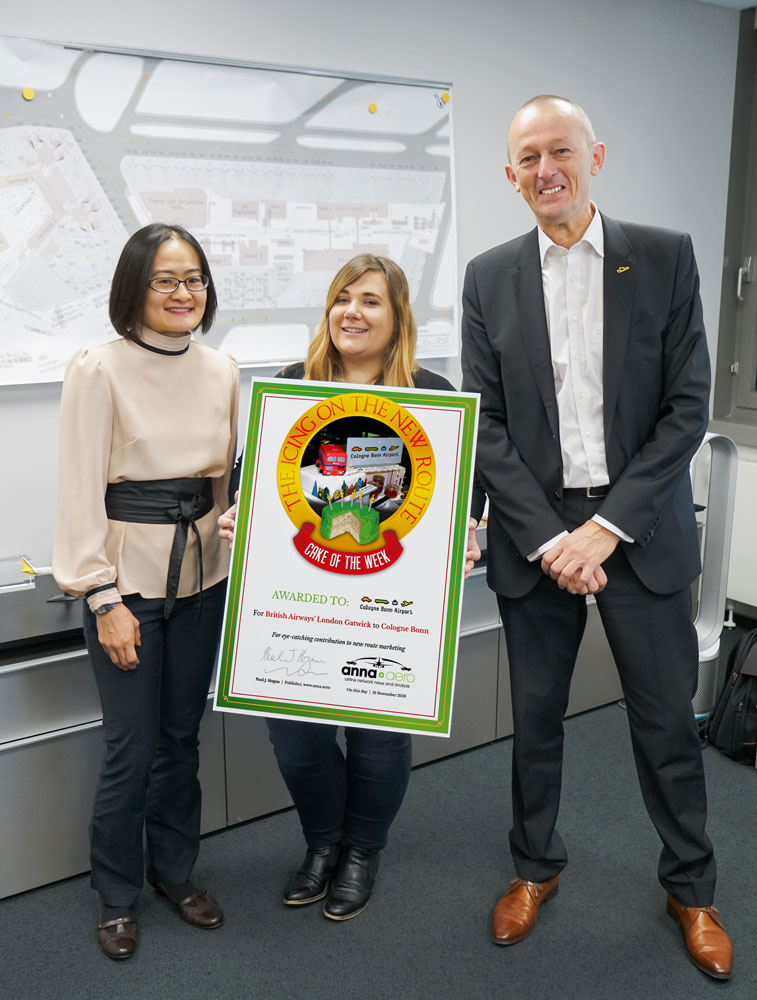 Cologne Bonn Airport this week celebrated winning its latest marketing title, the anna.aero Cake of the Week award, given to the German airport for the superb cake which it presented at British Airways’ inaugural flight from London Gatwick. Pictured with the award are the airport’s: Chi Mee Yuen, Manager Business Development and Aviation Marketing; Kristin Wunderow, Event Management; and Johan Vanneste, President & CEO. BA flights will operate four times weekly. 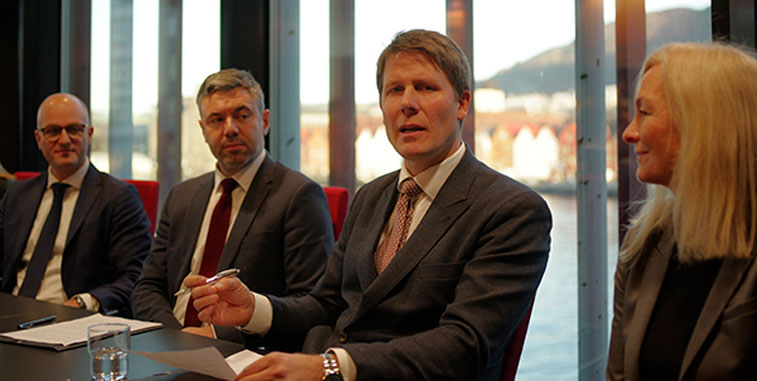 All airport and airline network planners should take note of 27-29 April 2020, as this will be the dates for Routes Europe 2020, with Bergen being announced as the host destination for the 15th edition of the event. Pictured at the signing ceremony last week were: Jasper Spruit, VP Traffic Development, Avinor; Steven Small, Brand Director, Routes; Aslak Sverdrup, Airport Director, Bergen Airport; and Aina Tysse, Business Development Manager, Avinor. “Routes Europe is one of the most important conferences for route developers from airlines all over the region and further afield, allowing decision makers to get together and discuss new opportunities in growing the continent’s connectivity,” commented Spruit. 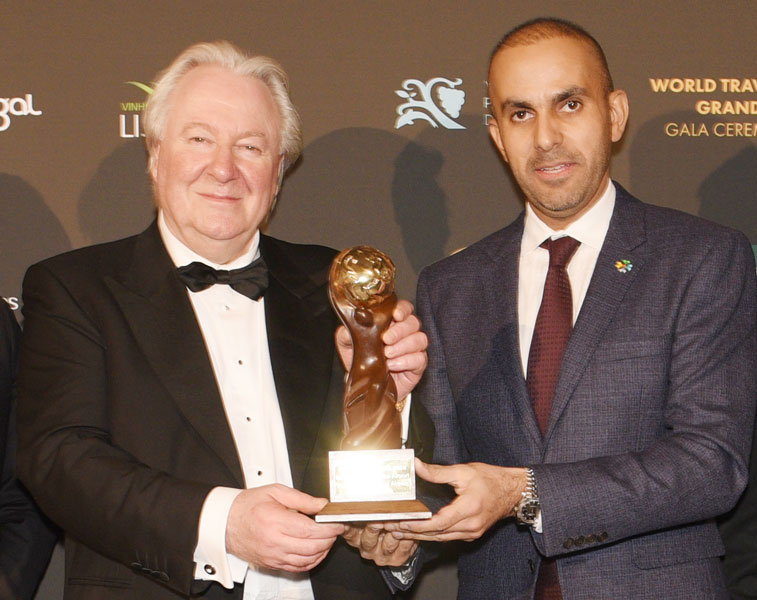 Oman Airports won its latest award latest last week, collecting the title of the ‘World’s Leading New Airport in 2018’, an award presented at the 25th edition of the World Travel Awards in Lisbon. On collecting the award, Sheikh Aimen bin Ahmed Al Hosni, CEO of Oman Airports, said: “This esteemed award recognises our efforts in writing a new chapter in our journey of excellence. Muscat International Airport aims to not only raise the bar on customer experience but operational efficiency as well. This new state-of-the-art passenger terminal is the first encounter visitors have with Oman and we have worked to ensure that it is a true representation of our genuine hospitality and beautiful country.” Brisbane Airport made history last week as it hosted the first ever cricket match to take place inside an airport terminal. The two teams taking part in the event were Australia and India, with the airport using the event as a marketing tool to highlight the Asian nation as its leading underserved country market. Brett Lee captained the Aussies and Michael Kasprowicz captained the Indian guests, while game commentary was provided by Brendon Julian. The event was also streamed live on Brett Lee’s Facebook page, with some social media posted reaching over 90,000 likes. The final score was India 9/77 and Australia 9/71. 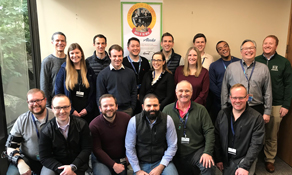