It’s a battle between Spain and Taiwan in the latest instalment of the 2018 Arch of Triumph competition. Barcelona entered this week with a fine arch which greeted Etihad Airways’ inaugural service from Abu Dhabi, while Taipei Taoyuan welcomed Royal Brunei Airlines’ first flight from Bandar Seri Begawan. Interestingly this is the first time in a number of months where the weekly competition has not received a water arch salute involving an inaugural low-cost service. Both entrants scored an average of 31.3, which is above the normal weekly average, however neither have done enough to break into the top ten. With just three weeks of the competition to go, can anyone knock Lisbon from the top spot?! Keep Monitoring!! 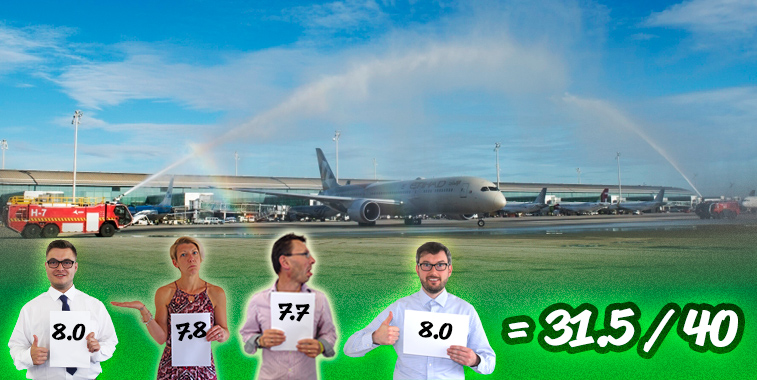 Barcelona completes its MEB3 hat-trick with this inaugural….

Judges’ comments: Surely there is no finer way of greeting your final MEB3 carrier (after Emirates and Qatar Airways) then to greet the inaugural flight with an Arch of Triumph-winning water salute? Topped with a clear Catalonia blue sky, plus a nicely shaped water arch that shows good symmetry, Etihad Airways received the finest welcome in Barcelona, and with that, the Arch of Triumph title… 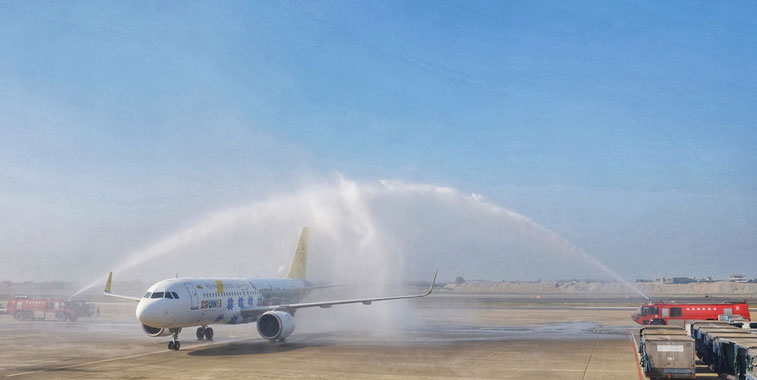 Judges’ comments: It was a very close race in this week’s competition, and Taipei Taoyuan pulled out all the stops in greeting Royal Brunei Airlines. With the inaugural flight also being operated by one of the airline’s seven A320 neos, we at anna.aero also appreciate the effort in using your latest equipment on a first flight. Just a little bit more oomph from the left hand tender, and then the airport would have easily won this week. If only that was the case, then surely the Arch of Triumph win would have been the crowning glory for this royal arrival….