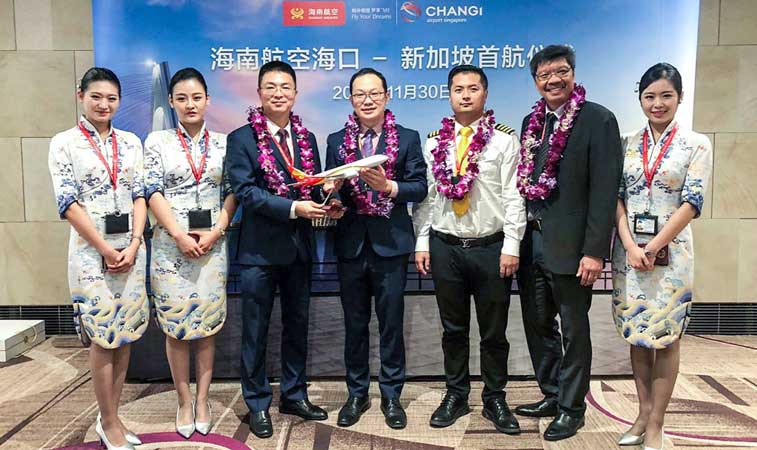 Singapore welcomed the return of Hainan Airlines on 30 November as the Chinese carrier re-introduced a link from Haikou, a route it previously served between 2011 and 2015. The service will operate three times weekly. Among those celebrating the first flight with the crew were: Vincent Wu, GM South East Asia, Hainan Airlines (third left) and Liew Zhong Yao, Airline Development Assistant GM, Changi Airport Group (centre).