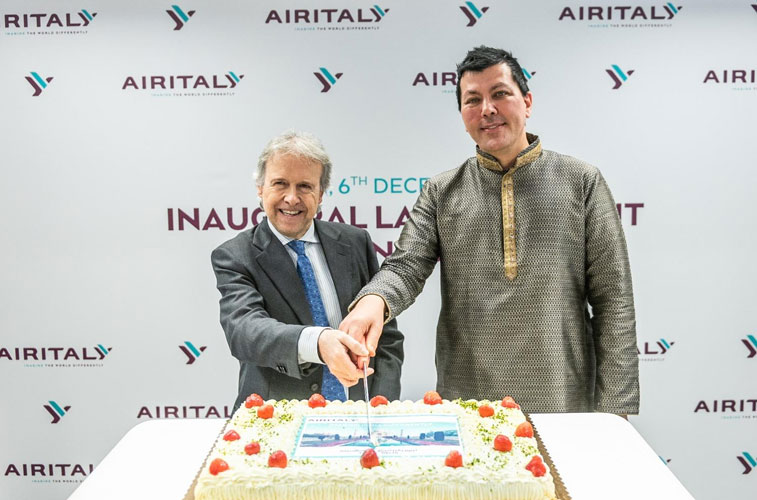 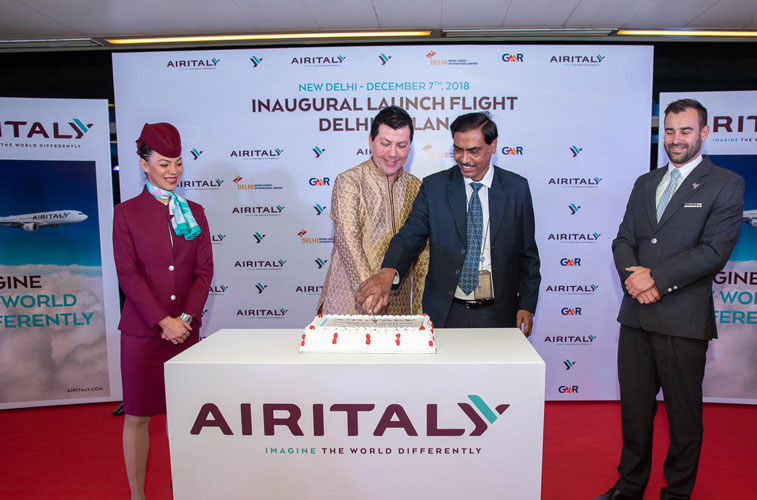 On arrival in India, a second cake cutting ceremony was conducted. Pictured conducting the honour in Delhi are  Rossen Dimitrov, COO, Air Italy, and Jitendra Singh, VP & Head of Airline Marketing & Route Development, Delhi Airport. The carrier will operate flights between Milan and Delhi using its A330-200s based on OAG data.