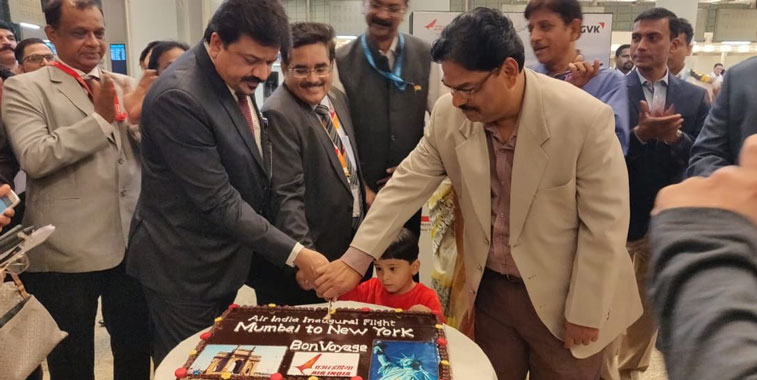 Air India restored non-stop flights between Mumbai and New York JFK on 7 December, a route that it last operated in October 2010. Among those cutting the cake in Mumbai, baked to celebrate the inaugural departure to the Big Apple, was Mukesh Bhatia, Regional Director, Air India (second left). Flights will operate three times weekly.