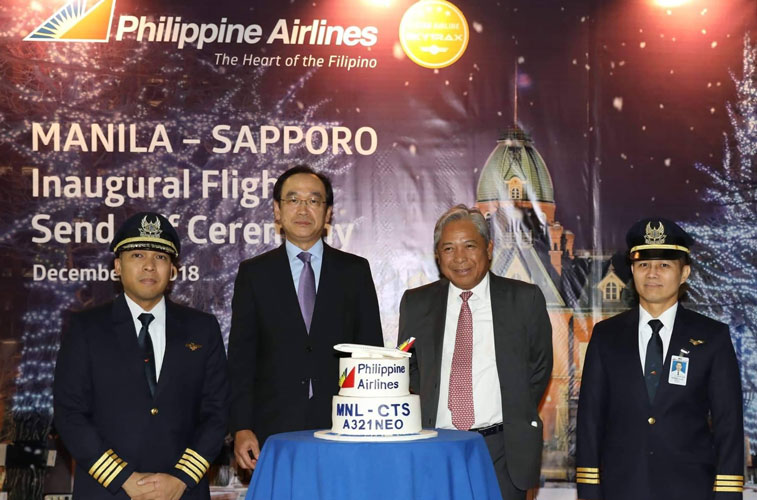 Philippine Airlines launched flights between Manila and Sapporo Chitose on 7 December, with the latter becoming the airline’s sixth route to Japan from the Philippines capital. Pictured posing with the inaugural flight crew and the classic route launch cake, highlighting that the sector will be flown using A321neos, are Koji Haneda, Ambassador of Japan to the Philippines, and Jaime Bautista, President & COO, Philippine Airlines. No other operator serves the route.