Five airports across three continents have sent in six FTWAs to be scored this week by anna.aero’s four esteemed judges, with the water salutes ranging from a brand-new, low-cost long-haul sector, to the newest MEB3 inauguration to Africa. As a collective, the six combined scored an average of 31.8 out of 40, way above the normal average, highlighting that, as 2018 rolls to an end, airport firefighters are upping their game. With just two weeks left of the 2018 competition, can anyone else make a push for a place on the top 10 leaderboard? Keep Monitoring!! 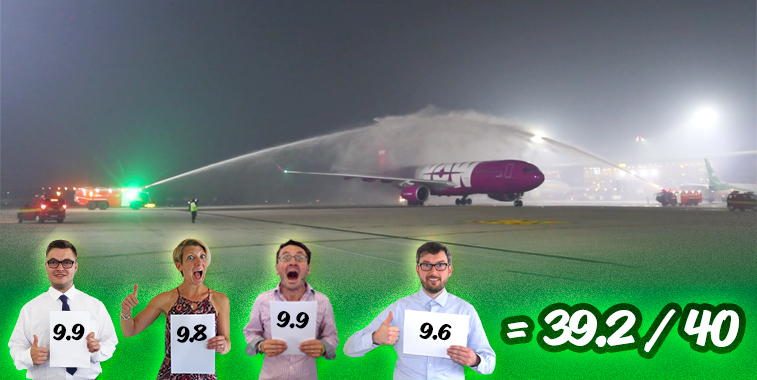 Judges’ comments: This superb water salute from Delhi has climbed straight into second spot in the overall leaderboard for the Arch of Triumph 2018, falling short of top place by just 0.5 points. There is not much more that could be improved; great symmetry, well balanced jet propulsion, great lighting for a night-time shot, airline branding well placed. Even the anna.aero judges can’t think of what else could be done to improve this shot…maybe some beacon flashing from the aircraft? 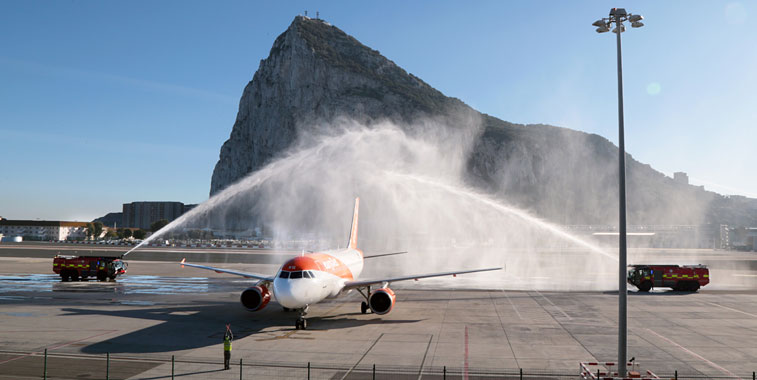 We love an amazing geographical backdrop!

Judges’ comments: The Rock of Gibraltar, also known as ‘The Rock’, is a monolithic limestone promontory. 1,398 ft high, most of the Rock’s upper area is covered by a nature reserve, which is home to around 300 Barbary macaques (thanks for that fact Wikipedia). Along with that, it makes the perfect backdrop for an inaugural flight water arch salute. 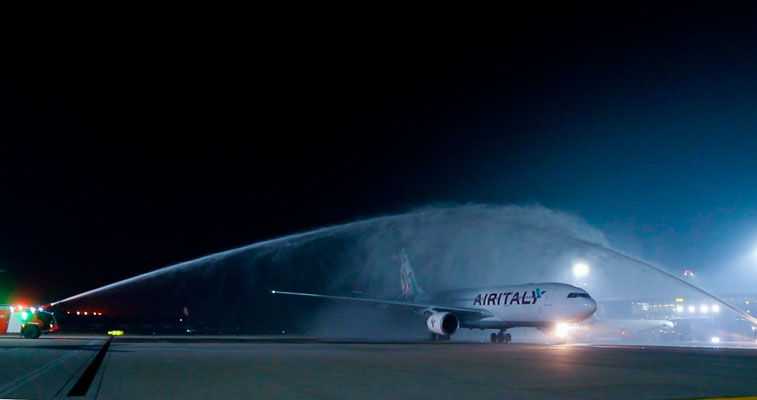 A little bit of Italian flair would have helped boost this salute.

Judges’ comments: With this route launching from the fashion capital of the world, it would have helped if the Italians brought some of their well-known flair to this inaugural party. While the arch is well structured and given great lighting from the airport, we feel it just needs that extra pizzazz to help strengthen its look. Or maybe the Indian airport went all out for WOW air and lost all showmanship for Air Italy’s first flight? 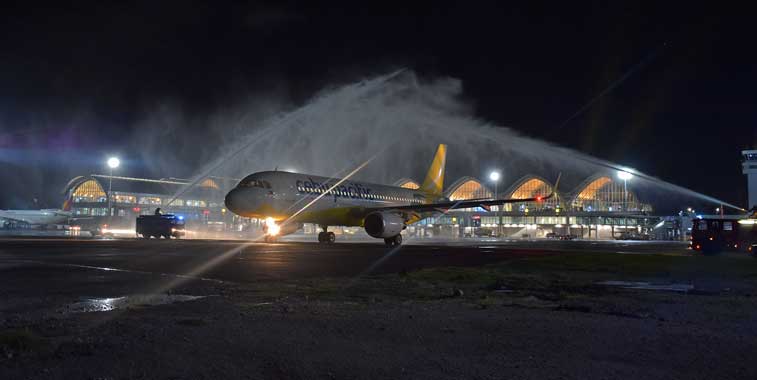 “Thanks to Cebu, we can still see you…”

Judges’ comments: One of three night-time shots to be received by anna.aero this week, this is the darkest of the three. Maybe it is a case that Delhi Airport has stronger wattage bulbs, or the photographer forgot to use flash for this shot. Luckily though, the placing of the terminal in this image gives enough background lighting to show the full structure of this arch… 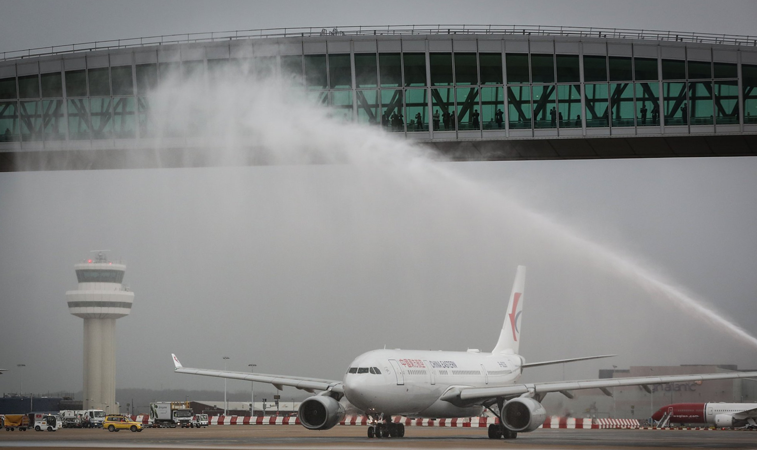 Half arch, half a bridge…half full score…

Judges’ comments: From other photos seen on social media, anna.aero’s judges know that there was a second tender present for this water salute on the left-hand side, so why has the official photographer left it out? The fact that the full bridge is not in shot either, and two of Gatwick’s biggest long-haul airlines are photoboming the background, this was never going to score more than 20 out of 40. 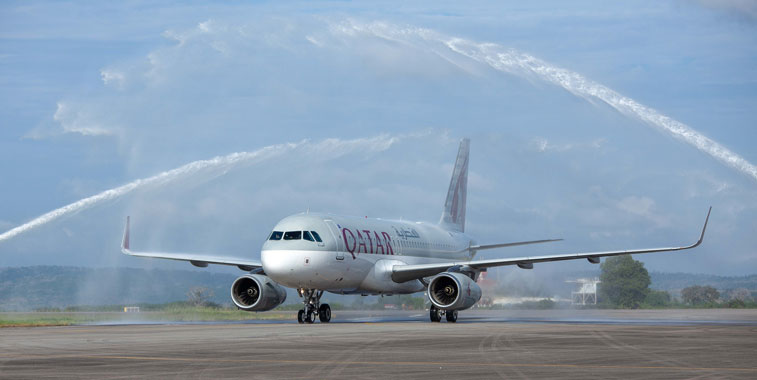 Judges’ comments: When researching the bilateral relations between Qatar and Kenya, anna.aero’s judges learnt of the leading exports between the two nations. Kenya is a key agricultural provider to Qatar, while the latter is a top source to Kenya for chemicals and fertilisers. So it is a case of Qatar supplies material of natural or synthetic origin to support plant nourishment, and in return it gets given food. Let’s hope that this route will work as well as this relationship.