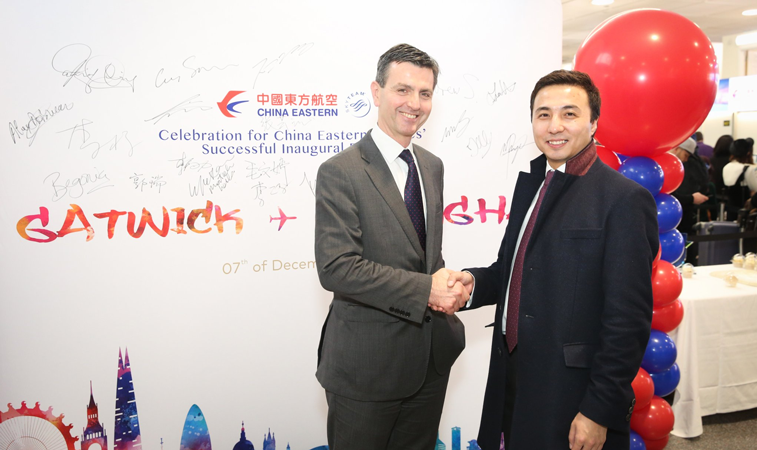 China Eastern Airlines added London Gatwick to its network on 7 December, launching a three times weekly service from Shanghai Pudong, with the airline becoming the UK airport’s sixth Asian and Middle Eastern operator. Pictured at the launch celebration at Gatwick are Guy Stephenson, CCO, London Gatwick Airport, and Kevin Li, GM UK & Ireland, China Eastern Airlines. With this launch there will be 27 weekly flights between London and Shanghai in W18/19.