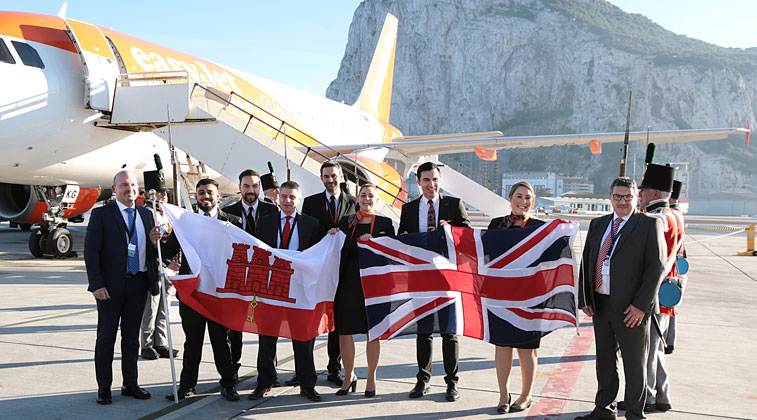 Among those posing with the crew to celebrate the inaugural flight between London Luton and Gibraltar on 4 December are Nicholas Guerrero, CEO, Gibraltar Tourist Board and Terence Lopez, Air Terminal Director, Gibraltar International Airport. easyJet will operate the 1,790-kilometre route twice-weekly (Tuesdays and Saturdays).