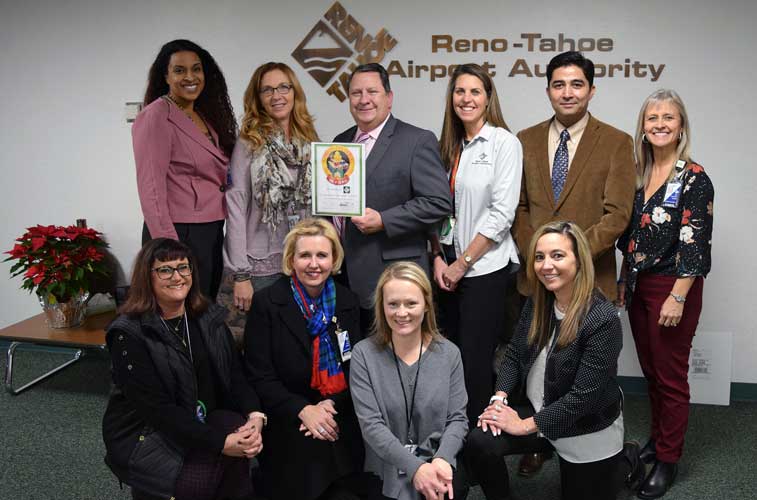 The team from Reno-Tahoe proudly pose with their Cake of the Week certificate, awarded to the Nevada airport for it success in Part II of anna.aero’s public vote competition for W18/19. The airport’s winning bake was an impressive Lego-themed cake produced to celebrate the inaugural Californian Pacific Airlines service from Carlsbad on 2 November. 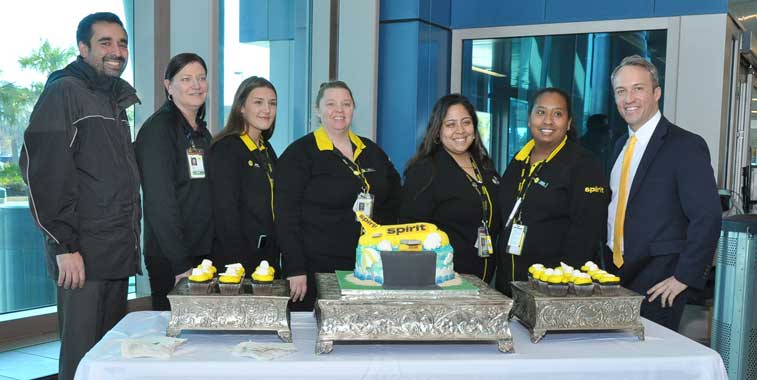 Myrtle Beach announced its 50th non-stop market on 12 December 12, the day when Spirit Airlines confirmed a new route to Houston Intercontinental. It also announced new links from Myrtle Beach to Indianapolis and Kansas City, with all three routes due to commence in May 2019. A cake was baked to mark the announcement with tasty treat depicting a Spirit aircraft above the clouds, ocean and Myrtle Beach’s runway. 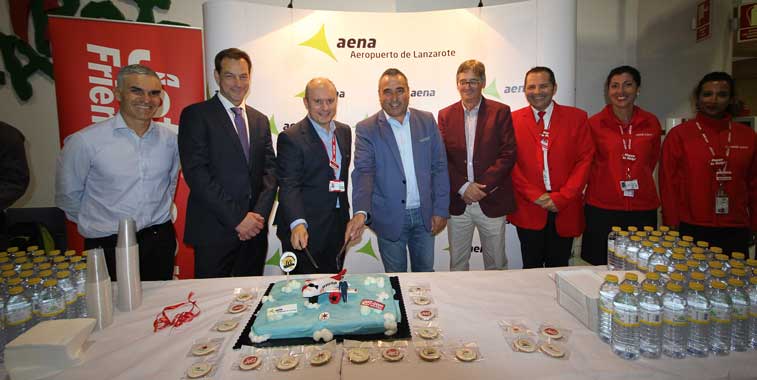 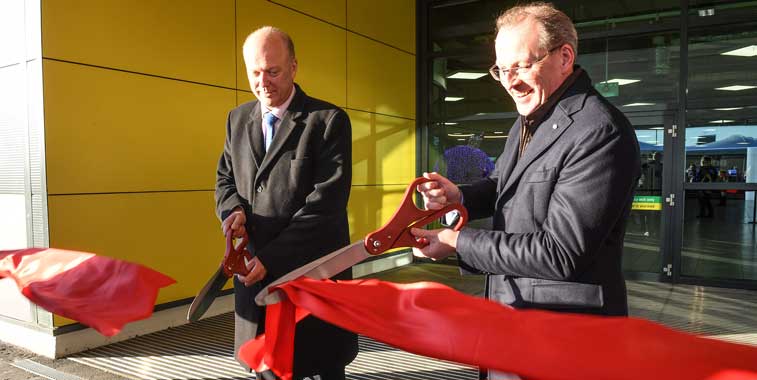 London Luton Airport’s newly-upgraded terminal was officially opened last week, marking the culmination of a three-year transformation project. The £160 million redevelopment has been the biggest in the airport’s 80-year history and focused on making passengers’ journeys easier, quicker and more enjoyable, with significant improvements being made in the terminal and to the ways in which people get to/from the airport. The transformation of the airport will increase its annual capacity by 50% to 18 million passengers per annum by 2020. Since the work began, passenger numbers have increased by 35%, making Luton London’s fastest-growing airport, with more than 16.5 million passengers expected to fly in 2018, an increase of 5% versus 2017. Chris Grayling MP, UK Secretary of State for Transport, and Nick Barton, CEO London Luton Airport cut the Ribbon to formally open the redeveloped terminal. It should be noted that Nick Barton will leave his post at Luton this month, before taking up the position of being the new CEO of Birmingham Airport as of January 2019.