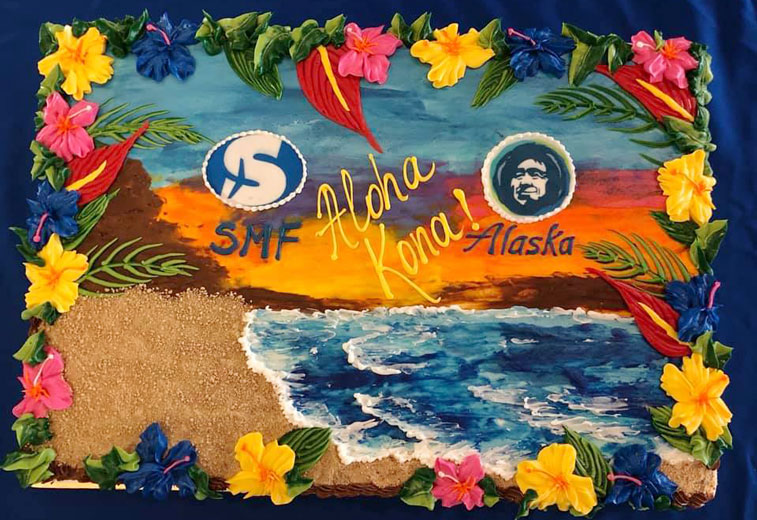 Alaska Airlines launched flights between Sacramento and Kona on 20 December, with the Californian airport celebrating the new connection with this fabulous Hawaiian-styled cake. The airline, which faces no direct competition on the 3,914-kilometre sector, will serve the airport pair three times weekly using its fleet of 737-800s.