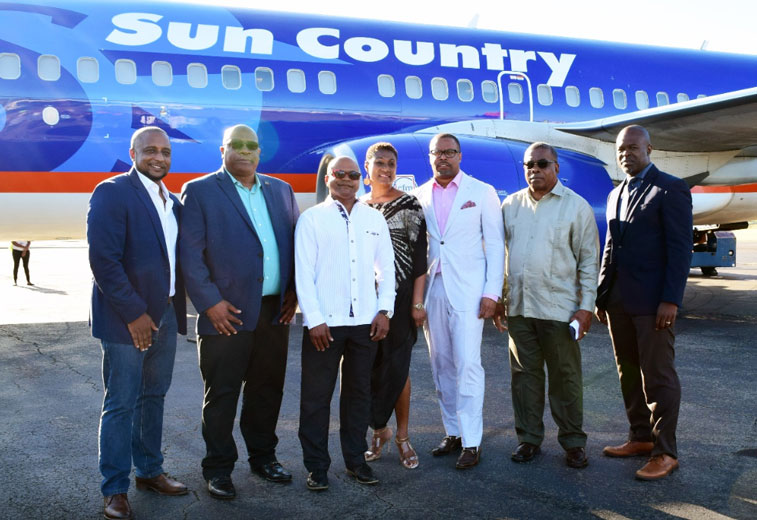 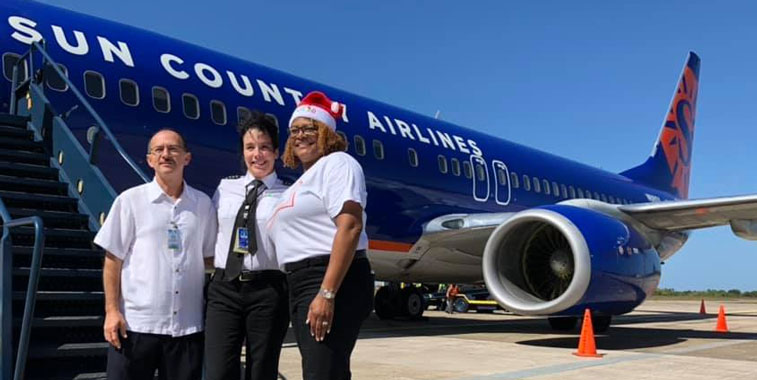 Sun Country Airlines commenced a new weekly (Saturdays) seasonal service between Minneapolis-St. Paul and Belize City on 22 December. Among those on hand to greet the inaugural flight was Karen Pike, Director of Marketing & Industry Relations, Belize Tourism Board (right). The carrier will operate the 3,071-kilometre sector using its fleet of 737-800s.