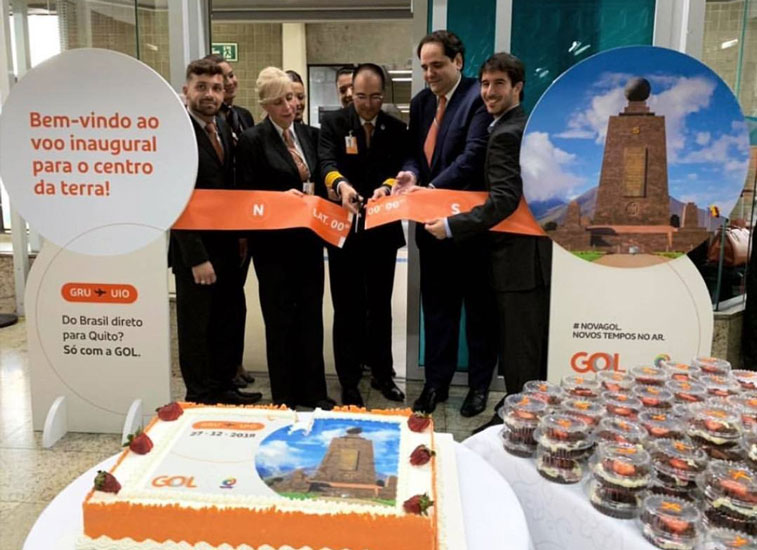 GOL commenced flights between Sao Paulo Guarulhos and Quito on 27 December. As part of the celebrations to commemorate the new route, a cake was baked along with a cutting of a ribbon, declaring the route open. Taking part in the ribbon cutting along with the first flight crew were Eduardo Bernardes, VP Sales and Marketing, GOL (second right), and João Pita, Head of Airlines Business, Sao Paulo Guarulhos Airport (right). Flights will operate three times weekly.