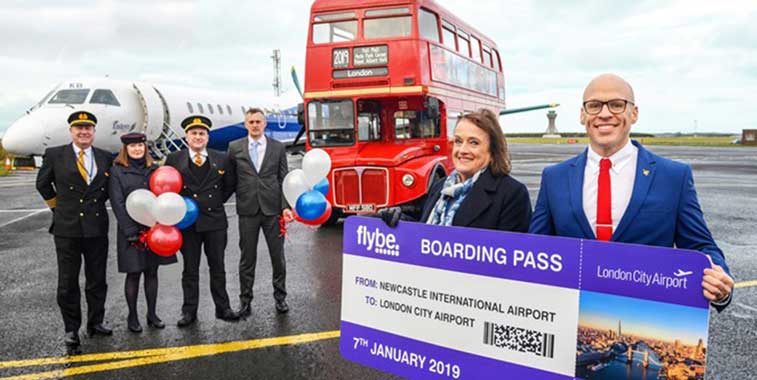 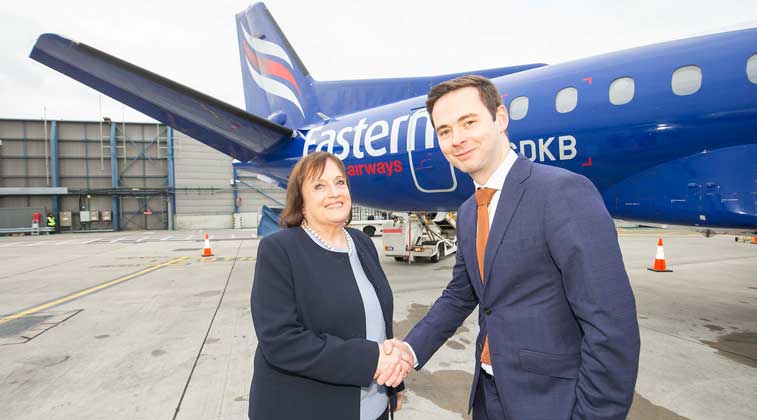 At the other end of the route, Eileen McBay was welcomed by Peter Downes, Aviation Director, London City Airport. Flights on the 409-kilometre sector will be operated by Saab 2000s, with business-focused departure times from Newcastle. The sector will be served  twice-daily on weekdays and once on Sunday evenings.