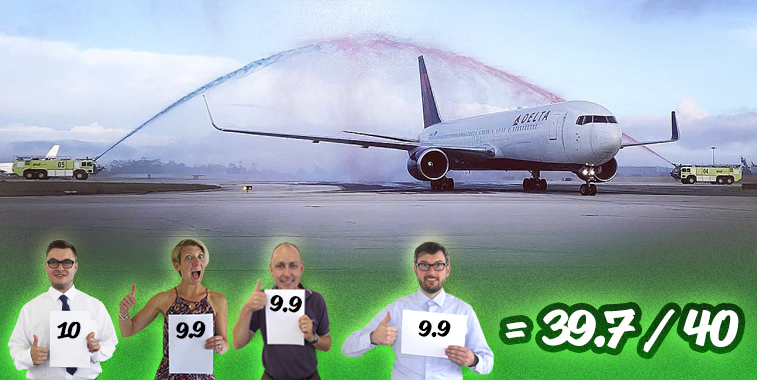 Lisbon returned to winning ways in 2018, reclaiming the Arch of Triumph crown it last held in 2016, but lost to Los Angeles in 2017. A whopping score of 39.7, awarded for the colourful display put on for Delta Air Lines inaugural arrival from Atlanta last May, also saw the Portuguese airport achieve the highest winning score since the Arch of Triumph competition began in 2013.

Europe returned to winning ways in 2018 after losing its Arch of Triumph crown to North America in 2017, when Los Angeles topped the table with the highest score in the competition. For 2018, the honours go to Lisbon, for the fantastic multi-coloured arch it provided for Delta Air Lines inaugural flight from Atlanta on 24 May. Lisbon has form in this competition, having tasted success as the champion in 2016. It also accounted for two of the top ten entries for 2018. Not only did the Portuguese airport take the title for 2018, it also tops the champion of champions table. Since the competition started in 2013, no water arch has scored higher than Lisbon’s winning effort last May, with a total points tally of 39.7! anna.aero received a whopping 434 entries for the Arch of Triumph in 2018, although none of the final efforts received in December (scored below) troubled the top 10 table. Hopefully 2019 will be even bigger and better. Keep Monitoring!! 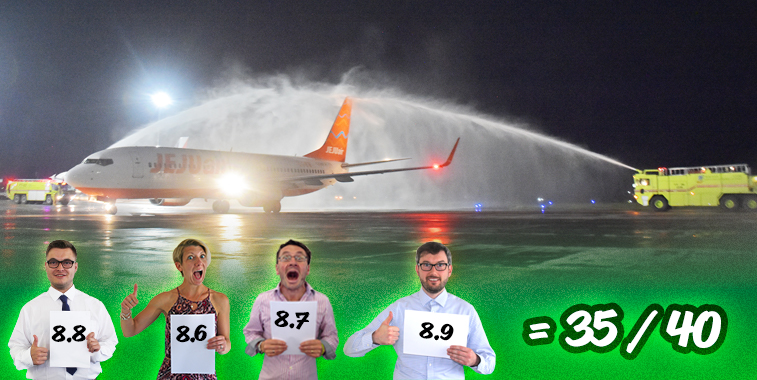 Judges’ Comments: It was a case of sixth-time lucky for Cebu, as the Philippines airport claimed its first weekly win of 2018 at the sixth attempt. This night time shot has all of the key ingredients, nice lighting, both tenders in shot and good symmetry on the arch. A good effort all round. 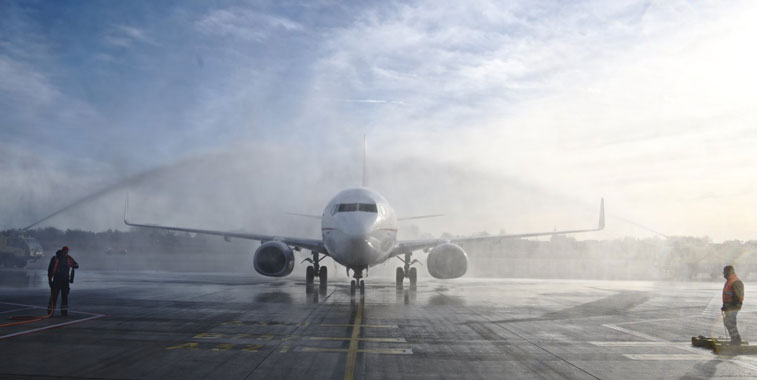 Judges’ Comments: Brussles Charleroi left it late in the day to enter the 2018 Arch of Triumph competition, only sending in its first attempt for this Air Algérie route launch on 18 December. This looks like a perfectly formed arch, but where are the fire tenders? Kudos to the photographer for getting in close though… 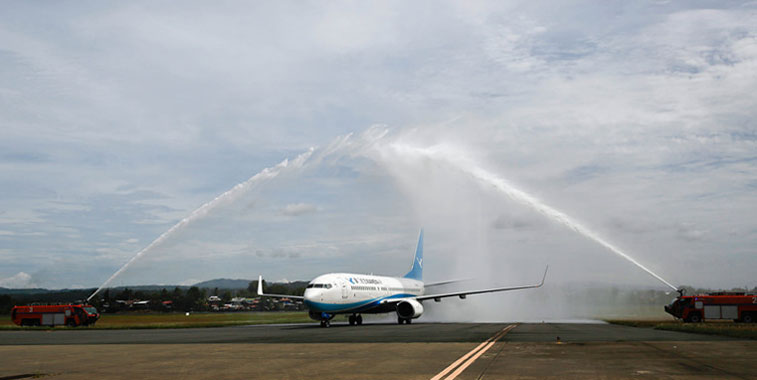 Judges’ Comments: Our second entry from the Philippines among the final entrants of 2018, but the first from Davao for the year. A nice effort that could have been in contention on another day. This was one of five entries to contain narrow-body aircraft in the final weekly competition of 2018. 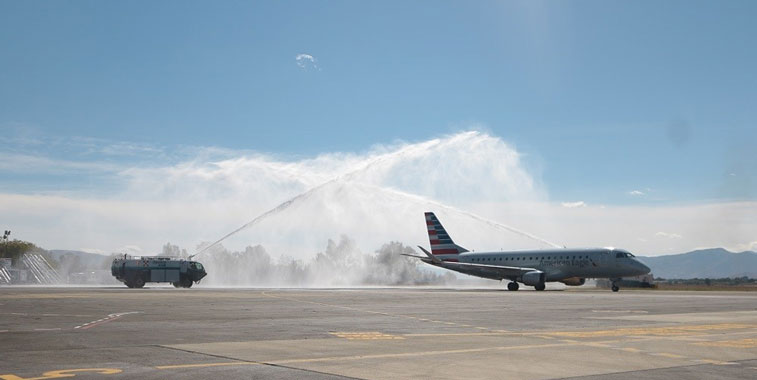 The photographer was a bit late on this one…

Judges’ Comments: As far as our records show, this is the first FTWA we have received from Oaxaca since the competition began in 2013. It’s certainly a strong first attempt, although it would have been good to see both tenders in shot and a picture as the aircraft was passing through the wall of water. 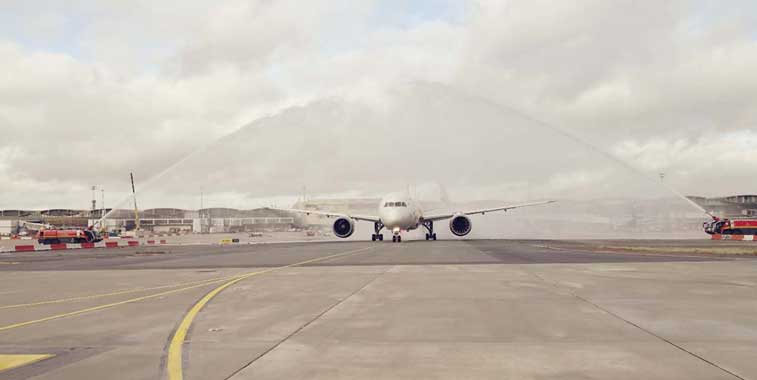 Judges’ Comments: Hainan Airlines started two new routes to Pairs in two days in December, including this one from Chongqing, which was celebrated with what appears to be a very impressive water arch indeed. The only thing letting this entry down is the cloudy Parisian sky, which obscures the full effect and makes it difficult to see if the water jets meet in the middle. 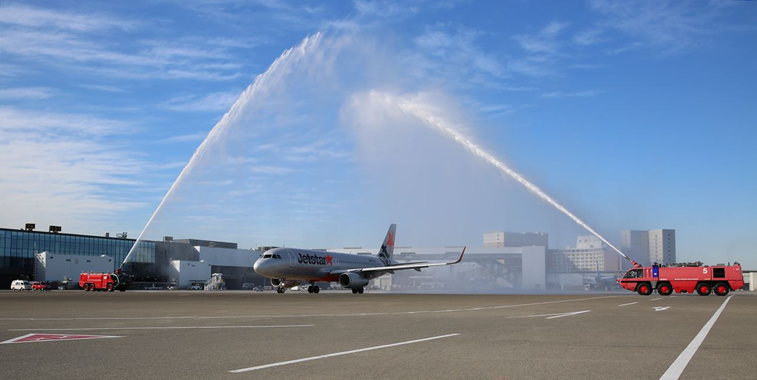 Judges’ Comments: This was one of 43 water arches received from Asian airports in 2018, which accounted for 9.9% of the total. Asia was third behind Europe (53%) and North America (19.8%) for the number of entries last year. There were fine blue skies in Tokyo when this effort was snapped on 19 December, leading to a nice contrast with the water jets. 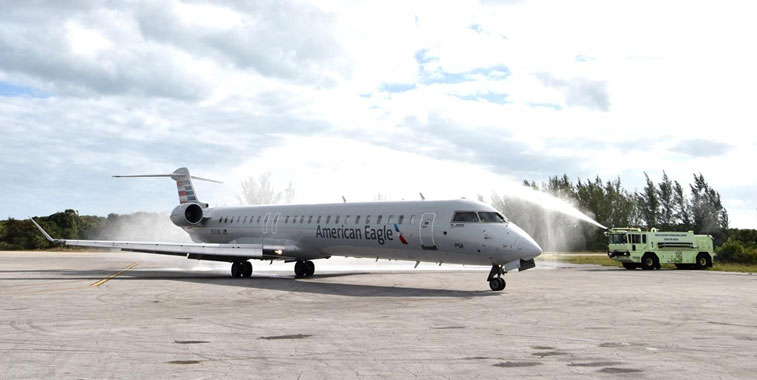 Quick, someone turn up the pressure…

Judges’ Comments: There were 64 Arch of Triumph entries featuring regional jets in 2018, accounting for 15% of the total. Narrow-bodies accounted for the most entries (60%) followed by wide-bodies (18%). Turboprops were involved in just 7% of the entries received last year. This attempt from North Eleuthera, would have benefited from a second tender and an increase in water pressure! 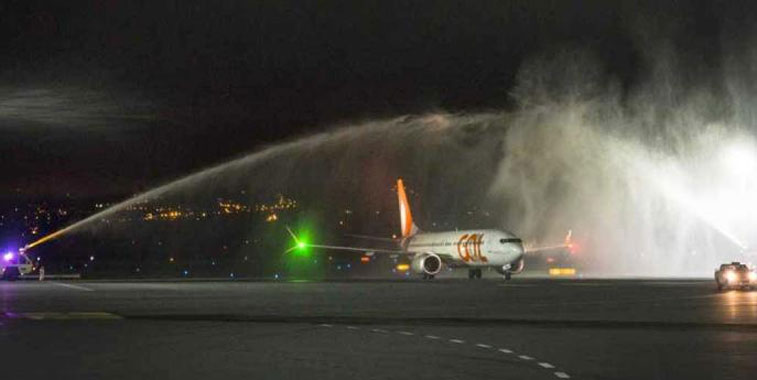 Judges’ Comments: A good night time entry from Quito, but the right hand fire truck seems to be more focused on providing a light show! There were 187 water arches featuring LCCs in 2018, representing 43% of the total. Full service carriers accounted for the most entries (49%), while regional airlines (5.5%) and leisure carriers (2.1%) featured far less frequently.