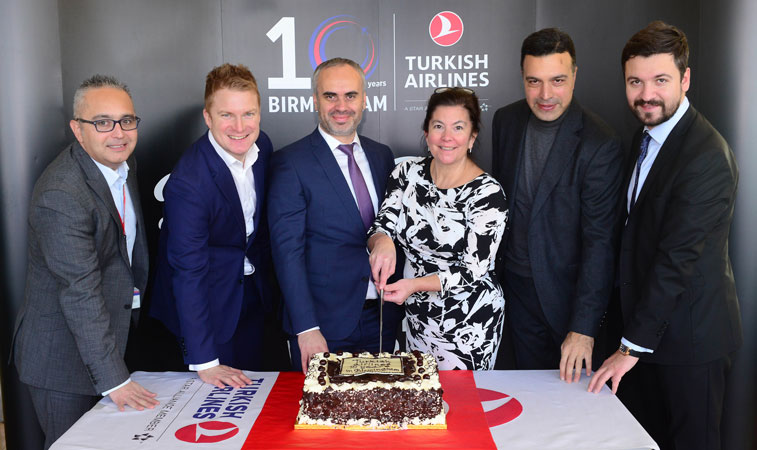 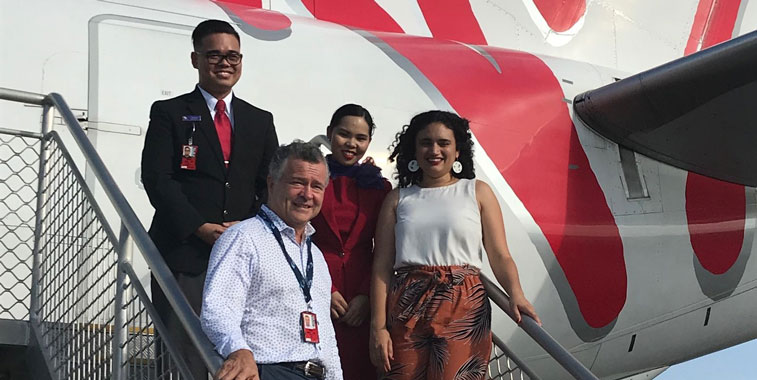 Virgin Australia Airlines announced on 20 December that it will begin a seasonal service between Darwin and Denpasar, Bali, from 10 April. The carrier will operate the route three times weekly, with the new operation adding an extra 1,000 weekly seats to the Darwin market between April and October. Pictured celebrating the announcement along with some of the airline’s crew were Ian Kew, CEO, Northern Territory Airports and Lauren Moss, Minister for Tourism and Culture, Northern Territory Government. “Following the reduction in services on the Darwin to Denpasar route earlier this year, we have been in ongoing talks with as many as four carriers over the past months. We are delighted that Virgin Australia has decided to commence operating on this highly sought-after route, its only overseas destination from Darwin. Daytime services departing from Denpasar together with the competitive fare structure Virgin Australia is renowned for, will be a winning combination for Territorians,” commented Kew. 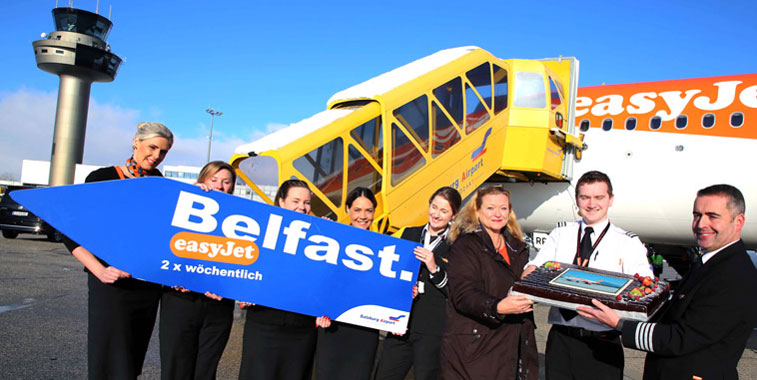 On 13 December easyJet commenced a twice-weekly (Thursdays and Sundays) service between Belfast International and Salzburg, with the Austrian airport celebrating the new service with a delicious looking chocolate cake. Pictured with the crew which operated the first flight is Bettina Ganghofer, CEO, Salzburg Airport. easyJet will operate the 1,530-kilometre route using a mixture of its A319s and A320s, while direct competition is provided by Jet2.com. 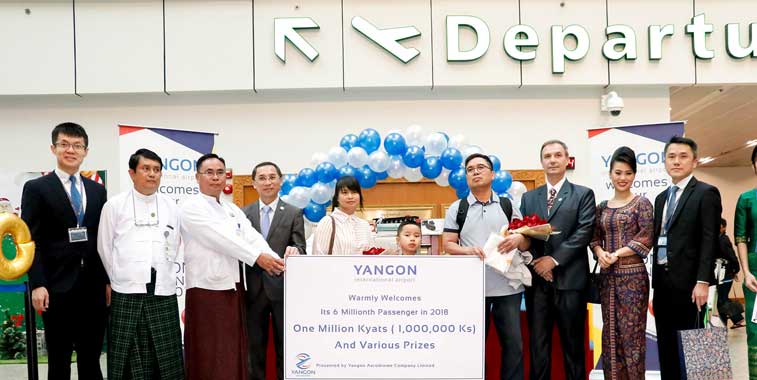 Yangon Airport welcomed its six millionth passenger of 2018 on 28 December aboard Singapore Airlines flight SQ998. The passenger in question, Ma Win Win Aye is pictured with her family (holding the flower bouquets) and airport and airline personnel. She received a cash prize and other gifts. Ho Chee Tong, CEO of Yangon Aerodrome Company Limited, commented, “We end 2018 with six million passengers, surpassing the 5.92 million recorded last year. The effort of the Government in promoting Myanmar and tourism in Myanmar with the implementation of visa-free entry and visa on arrival to Myanmar has had a significant impact since October 2018. We also owe this major milestone not just to the travellers who have visited Myanmar but also to the hard work and dedication of all staff at YIA, the support of the Department of Civil Aviation as well as our valued airline partners such as Singapore Airlines. This achievement underscores our status as one of Southeast Asia’s most exciting civil aviation hubs to watch in the coming years. We enter 2019 with a drive to continuously improve our facilities and operations, and to ramp up marketing to boost our global connectivity in preparation for the future demand. We look forward to surpassing this passenger milestone in the years ahead as we increase the scope of our operations.”