Turkish Airlines gets going for Gatwick from Ankara 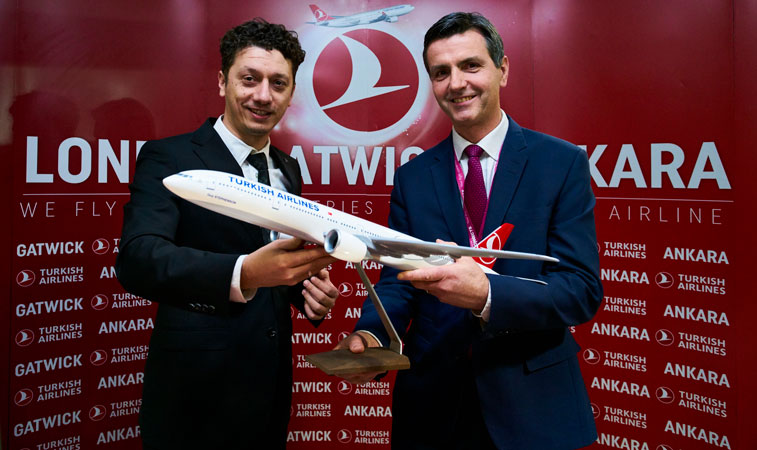 Turkish Airlines launched a twice-weekly (Wednesdays and Saturdays) service between Ankara and London Gatwick on 9 January. Pictured at the launch ceremony in the UK are Celal Baykal, GM London, Turkish Airlines, and Guy Stephenson, CCO, London Gatwick. This becomes the airline’s fourth route to Gatwick, with a fifth starting in April.