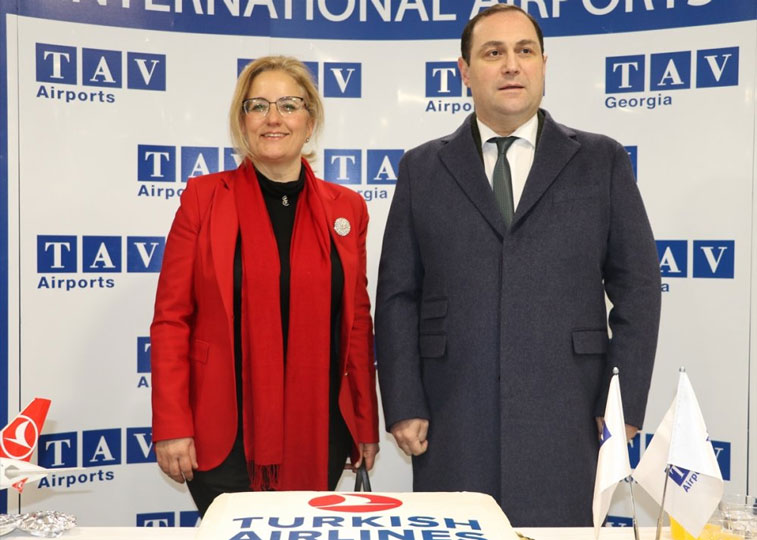 Turkish Airlines launched a twice-weekly (Mondays and Fridays) service between the capitals of Turkey and Georgia on 18 January, with the Star Alliance member now linking Ankara with Tbilisi. Posing with the cake at the launch at the Georgian capital airport are Fatma Ceren Yazgan, Turkish Ambassador to Georgia, and Giorgi Janjgava, Georgian Ambassador to Turkey. The route will be operated by 737-800s, with no other airline linking the two capitals.