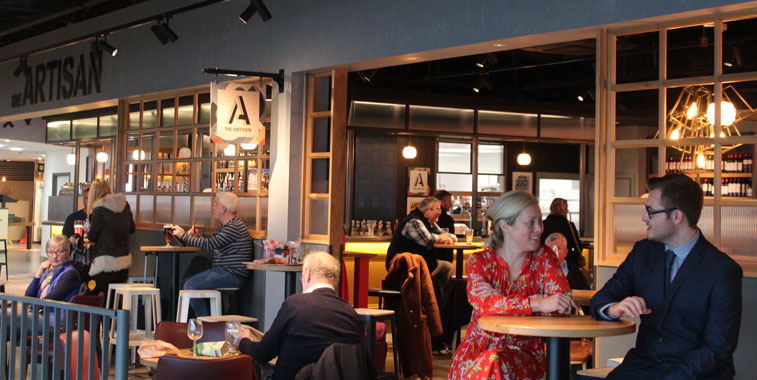 Belfast City Airport’s Commercial Director Katy Best recently sat down with anna.aero’s Aviation Development Editor Jonathan Ford to discuss all of the airport’s recent developments, including the opening of The Artisan F&B outlet which was inaugurated during November last year. Overall, Belfast City Airport has invested £15 million in developing its infrastructure within the terminal, including a significant upgrade of the departure lounge’s F&B and retail outlets, additional seating in the hall, plus a new security search area.

Belfast City Airport recently went through a £15 million renovation to enhance the passenger experience, which resulted in a much-expanded departure area, with the opening of new F&B facilities and commercial outlets, additional seating, plus the upgrade of its security search area which has made the process more efficient and reduced the average processing time to six minutes. The airport has also recently took delivery of the first of three new fire tenders, valued at £1 million each. To learn more about the airport’s developments, along with how the facility has been making the most of Northern Ireland’s booming tourism industry, anna.aero’s Aviation Development Editor Jonathan Ford travelled to Belfast to meet with its Commercial Director, Katy Best. To get to Northern Ireland, Ford flew with Flybe on their city-to-city service from London City Airport, with this being the only flight option between the heart of London and Northern Ireland’s most popular business airport.

“The £15 million development has come at a time when Northern Ireland is seeing big growth in inbound tourism,” comments Best. According to data from the Northern Ireland Statistics and Research Agency (NISRA), there were 4.85 million overnight trips in Northern Ireland during 2017, up 6.1% versus the levels reported in 2016, and up 21% versus 2012 when four million overnight trips were noted. Along with this, expenditure by those visitors (excluding Northern Ireland residents) grew by 7.1% between 2016 and 2017 to £656.63 million, while it has grown 35% since 2012, with this correlation between visitor numbers and expenditure showing that the average visitor to Northern Ireland is spending more than they used to, going from an average of £241.87 in 2012 to £247.05 in 2017. “The level of growth in tourism has been significant to the region, however 60% of travellers through the airport are for business, and we want to expand on this sector too,” adds Best. 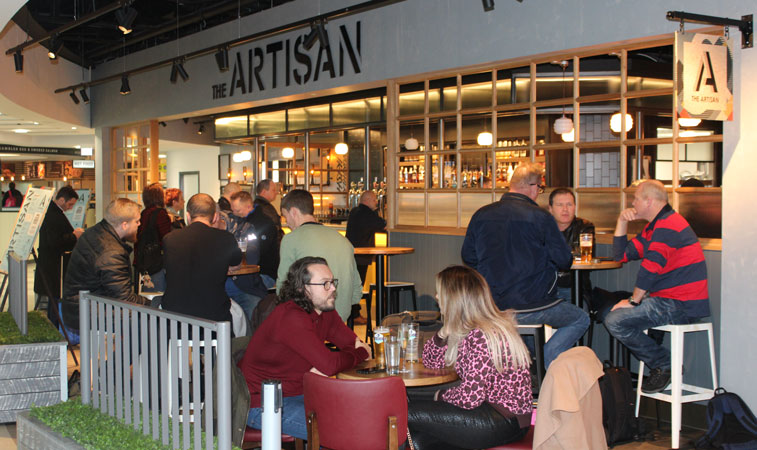 Proving popular with passengers, The Artisan bar and restaurant has been described as the ‘jewel in the crown’ of Belfast City Airport’s £15 million development, with its menu designed ti showcase the best of Northern Irish produce. The newly refurbished World Duty Free store and WH Smith units were also opened in July, along with new retail units, with the investments representing a 30% increase in the retail offering in the airport’s airside lounge area.

Parts of the £15 million investment project have opened some 12 months after the airport ownership was taken over by the 3i Group, a leading international investment manager focused on mid-market private equity and infrastructure. “The investment that has been made has certainly lived up to the expectations of the owners,” enthuses Best. “We’re confident that, under their ownership, we will be able to continue growing our route network and the profitability of the business in years to come. They’re giving us great support.”

Last year Belfast City handled 2.51 million passengers, with the airport’s top routes being London Heathrow, Manchester and Birmingham. “While we are well served from the main part of the UK, we still see gaps in the market, particularly for more regional services, along with the need for more capacity to London,” highlights Best. Regarding regional UK links, the airport did make big swings in the market during 2018, with a new route to Doncaster Sheffield added to the network.

Along with working to establish more flights across the Irish Sea, Belfast City is also focused on building more business links to mainland European cities. “We have multiple daily flights to Heathrow and Amsterdam, however there should be more hub connectivity from the airport,” says Best. When using OAG Traffic Analyser data, it shows that the most popular European destinations for passengers from Belfast via Heathrow over the past 12 months were Copenhagen, Frankfurt and Geneva, all of them hubs in their own right, while via Amsterdam the top links are again Copenhagen, followed by Billund and Berlin Tegel. With Copenhagen showing at the top of both lists, along with Billund via Amsterdam, it highlights the demand for services to Denmark from City Airport. A further review of data from OAG indicates that close to 94,000 one-way passengers connected via Heathrow between July 2017 and June 2018, with 14,400 one-way passengers transferring via Amsterdam within the same period, showing that Belfast City can deliver strong hub feed. The new WH Smith store in departures has been built towards the front of the terminal building, with the design allowing for natural light to pass through, improving the light and open-space-feel of the entrance to the departure lounge. The redesign of the departures area also allows for passengers to see natural light from both the front and back of the terminal at the same time, a unique feature among European airports. Along with the developed store, a new retail unit to the airport was local lifestyle and gift store Born and Bred. Passengers coming through the departure lounge can expect to find authentic homeware, textiles, mugs and gifts produced exclusively by the resident artists of Studio Souk, the brainchild of Born and Bred owner Linzi Rooney, with the studio also receiving high praise and reviews from The New York Times as one of the best retail shops in Belfast.

Fire service investments made too

Along with the investments within the terminal building, Belfast City has also invested in new fire service equipment. In September, the airport received the first of three new fire tenders, each representing an investment in the region of £1 million. The tenders have a bespoke design that fits the need of the airport’s fire department, and were built by the Spanish firm Iturri. Coming after a five-year procurement and manufacturing process, the new fire truck offers the latest technology in aviation fire-fighting and rescue.

While in Belfast, anna.aero was invited to take a tour around the airport’s fire station, which including having a sit down with Seamus MacMahon, Chief Fire Officer and Head of Emergency Planning at Belfast City Airport, who spoke of the new equipment, but also of the work that the airport’s fire department does on-site, along within the local community. “We deliver a number of courses in health and safety, along with emergency planning and fire training,” informs MacMahon. “We ourselves also go out once a year to help work with the fire department in the city to improve our training too.” Belfast City Airport’s new firetruck is manufactured by Iturri, a firm based in Seville. The 33-tonne vehicle can deliver 45,000 litres of foam every minute, has a top speed of nearly 80 mph and can operate in zero visibility. While in Belfast, anna.aero’s Aviation Development Editor Jonathan Ford was driven around the airfield, and was also shown the capabilities of the jets, showing that the trucks can also fight fires whilst on the move, carrying 11,500 litres of water.