Last year marked the most successful year for FTWA entries, with anna.aero receiving inaugural flight water arch salutes for 435 routes, representing an increase on 2017 entries of 10%. With that, the competition is beginning to get even more competitive among the world’s airports as more and more fire teams across the aviation industry try and lay their hands on FTWA supremacy. We now move forward into the 2019 competition, with anna.aero receiving four water arch salutes this week, all from Asian airports.So which one has taken the title? Read on to find our more!! 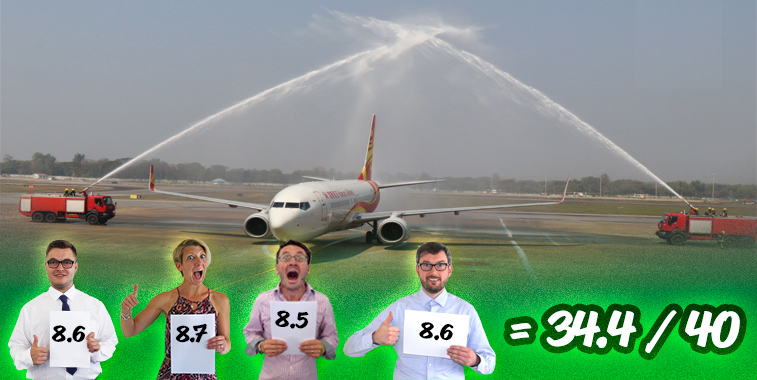 Judges’ Comments: It’s only the first week of competition, and Yangon has already set the bar high with this water arch entry greeting Hainan Airlines’ inaugural flight from Chongqing. The water salute itself looks not too dissimilar in shape to Shwedagon Pagoda which dominates the city’s skyline. We love the symmetry of firefighters on the truck roofs too! Brilliant Yangon, just brilliant! 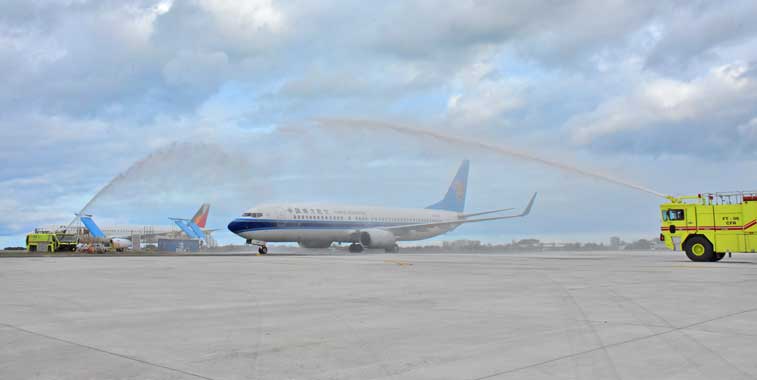 Judges’ Comments: This entry, received from Routes Asia 2019 host Cebu, is not too far off a well constructed arch. We have both tenders in shot, a well-angled view of the FTWA itself, and good branding of the airline, with this being China Southern Airlines’ first route to the Philippine city. What lets down the performance is the apron clutter and the photobombing Philippine Airlines A321. However, the biggest let-down by far is the gap at the top of the arch. All it needed was a bit more ooommmmppphhhh!!!! 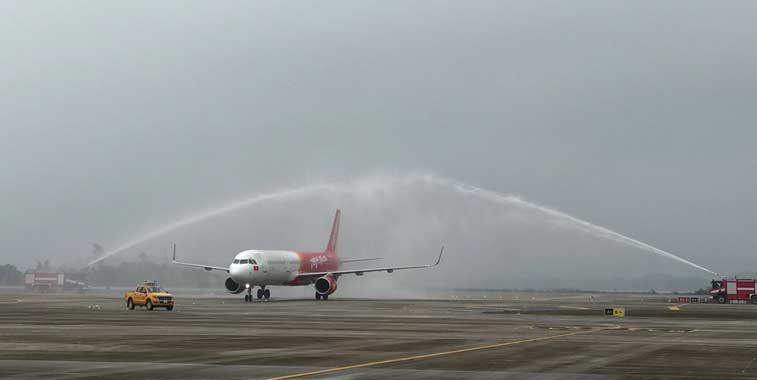 Judges’ Comments: VietJet Air becomes only the second airline to operate to the newly opened Van Don Airport in Vietnam, with it marketing itself as the nearest gateway to Ha Long Bay, known for its emerald waters and thousands of towering limestone islands topped by rainforests. While the carrier will help boost tourism, a little bit more of a boost was needed regarding showmanship to give this arch a more interesting look. Second airline results in second place for Van Don. 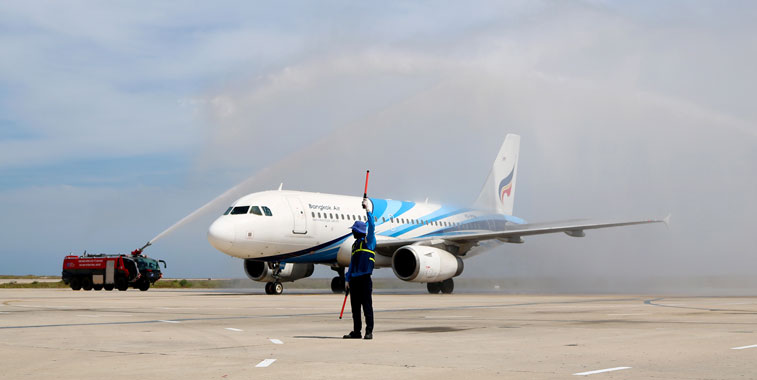 Judges’ Comments: This lovely shot has been ruined by the stand marshal who takes all the attention away from the salute greeting Bangkok Airways’ inaugural flight from Suvarnabhumi Airport. Did he wake up late and forget to have a shower before going to work, making use of the ample opportunity to freshen up. The humidity in Nha Trang at this time of year hovers around 80%, so maybe he needed a cooling down of the pits for another reason….