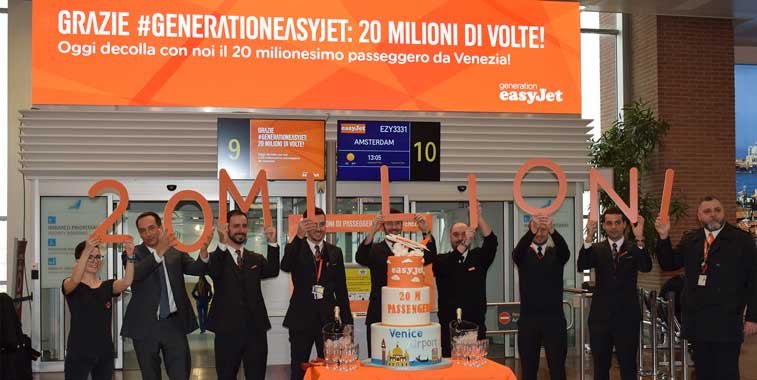 On 28 January, Venice Marco Polo and easyJet celebrated the LCC carrying 20 million passengers through the airport since it first began serving the Italian destination in 1998. easyJet’s first route to Venice was from London Stansted. In 2016 the airport became an easyJet base, and today the carrier has seven aircraft based at the airport serving 47 routes to 43 cities in 13 countries. Camillo Bozzolo, Director Aviation Development, Venice Marco Polo Airport (second left) was among those celebrating the 20 million passenger achievement this week, with a cake made to mark the occasion too. 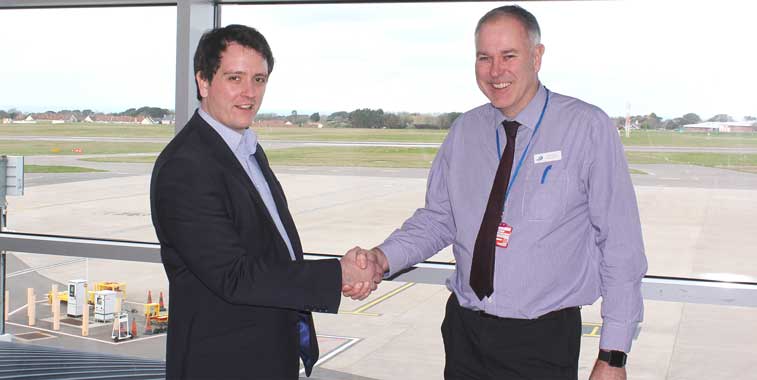 Channel Islands-based carrier Blue Islands, a Flybe franchise partner, announced two new UK services on 25 January. The airline will begin operating daily services from Guernsey to London Southend from 20 May and twice-weekly flights to Liverpool the following day. Services will operate under the Flybe brand. Rob Veron, CEO Blue Islands, said, “As an independent local airline, the exciting addition of the two new services from Guernsey demonstrates Blue Islands’ commitment to serving the Channel Islands as we continue to sustainably develop our route network and invest in our air links. We’re proud to be able to provide Guernsey residents with a lower cost link to London and offer connectivity to the north west.” Pictured celebrating the news are Tom Barrasin, CCO, Blue Islands and Colin Le Ray, Guernsey’s GM, Ports. 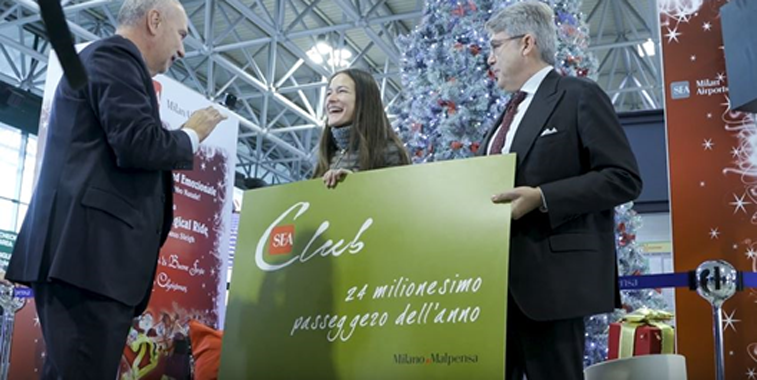 Milan Malpensa passed the 24 million passenger barrier in December, with the airport handling a total of 24.6 million people in 2018, with this being the first time that it has broken the 2007 passenger record of 23.7 million. “Malpensa was built as a hub airport and it is exciting to see it being used in that way again,” comments Andrea Tucci, VP Aviation Business Development at SEA Milan Airports.  “The 10 million inhabitants of Lombardy, Italy’s wealthiest region, need and deserve a true hub and spoke carrier and the connecting opportunities that such a network approach brings. With 70% of the country’s outbound traffic generated in our Northern Italy catchment, we are confident about our future traffic development.”