Of the Arch of Triumph entries sent in to the anna.aero judges so far this year, 75% have been for routes launched by narrow-body aircraft, while 25% have been for regional jet inaugurals. We are still waiting to receive FTWAs featuring wide-body aircraft or turboprops in 2019. Full-service carriers currently account for 63% of this year’s entries with LCCs making up the remaining 38%. Three weeks into the 2019 Arch of Triumph competition and we have finally received our first entries from Europe and North America but these couldn’t stop another Asian airport claiming the crown this week. Read on to find out who. Keep Monitoring!! 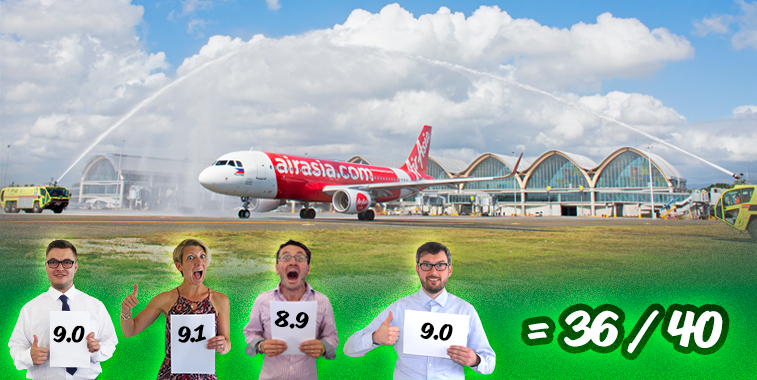 Nice shot of the new terminal in Cebu….

Judges’ Comments: This is the second FTWA entry from Cebu in 2019 and it’s a good one. Nice backdrop, with the new Terminal 2 visible behind the departing Philippines AirAsia A320 and a good symmetry to the arch. The anna.aero judges look forward to experiencing the airport’s new terminal for themselves in a few weeks when they make their way to Cebu for Routes Asia 2019. With a strong score of 36, Cebu claims the biggest winning total so far in 2019. 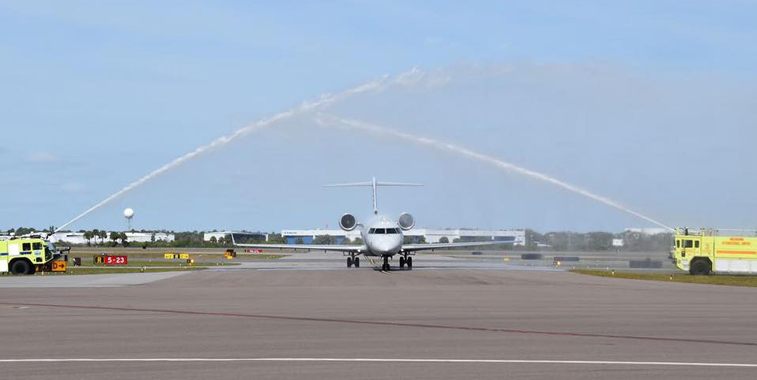 Judges’ Comments: Regional jets only accounted for 15% of all FTWA entries in 2018, but already feature in one-quarter of the attempts received so far in 2019. Blue skies in Florida provided a nice contrast to the warm water arch welcome afforded to American Airlines’ fist flight to Orlando Melbourne from Philadelphia. 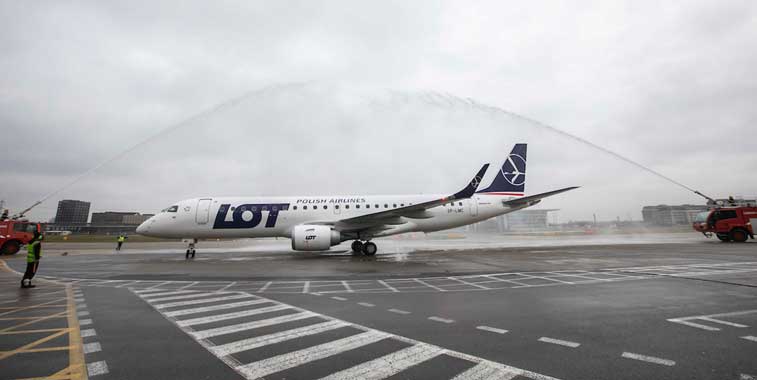 Judges’ Comments: This is the second route LOT Polish Airlines has launched to London City this year, with the first Budapest flight taking place on 18 February, joining Warsaw Chopin on the departures board. It has acquired E190s for its London City operations and will add a third route from Vilnius in May. This is a nice side-on shot and the firefighters have put up a good arch, but it’s not quite enough to take the victory this week.