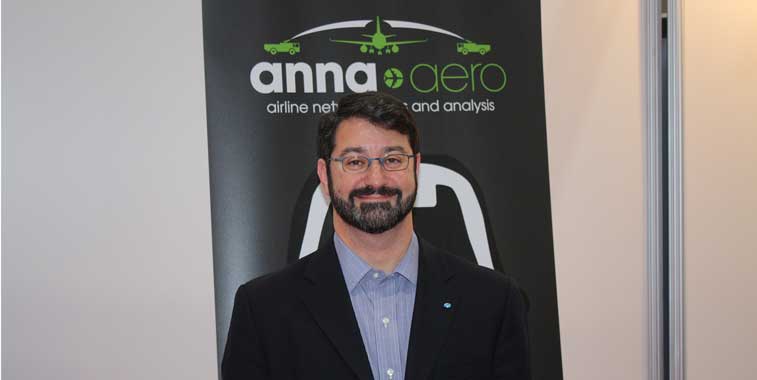 Jordan Kayloe has more than 25 years of experience in the aerospace and aviation industries. Before joining Ailevon Pacific Aviation Consulting in January, he spent time in the US Air Force and held roles with US Airways, Seabury and Diio.

Jordan Kayloe’s first job in aviation and aerospace came when he joined the US Air Force in 1991. “I taught computer programming and then became a certified software engineer, which the Air Force doesn’t have many of!” explains Kayloe. “I was in charge of managing contracts to develop software. My love of maps saw me take a position at the GPS programme office in Los Angeles, where I helped source software to run GPS.” After around 10 years in the military Kayloe made the move into commercial aviation with US Airways. “I was originally in finance but then a job opened up in network planning. I did that for a couple of years and was a slot co-coordinator as well.” Kayloe’s first consultancy role came at Seabury APG where he worked on air service development and airline consulting. “Seabury had a sister company Diio, that offered data tools and data analysis, and I moved over to the sister company to take over the revenue side of that business. I did that for 10 years. We grew the company which was eventually acquired by Flightglobal.”

After spending a year working in a different sector, Kayloe’s passion for aviation saw him return to the industry in January, in the role of Director at Ailevon Pacific Aviation Consulting. “Our primary focus at Ailevon Pacific is providing air service development expertise for airports, but we do take on other aviation projects as well,” explains Kayloe. “The current organisation is the result of a merger between a US firm and an Australian company, which took place in 2014. We remain independent to stay focused on our clients, large enough to meet all of their needs, yet small enough to keep them at the centre of our attention.” Ailevon Pacific currently serves over 50 airports and related entities in regions across the globe including the Asia Pacific, the Americas, and Europe.

“The consultancy assists airports in attracting air services and in analysing what’s going on in their markets, including catchment area analysis etc,” continues Kayloe. “We also help them present their business cases at Routes meetings. One of the advantages of our firm is that we have very strong relationships with the airlines themselves, because our team all used to work for airlines and still have connections with them.

“In addition, Ailevon Pacific is a leading organiser of the Airport Roundtable Series. This is a series of small intimate seminars where we bring in around two dozen airports and maybe half a dozen airlines for a day and a half of mutual knowledge sharing. The airlines tell us about their developments, while the airports share ideas between them.” 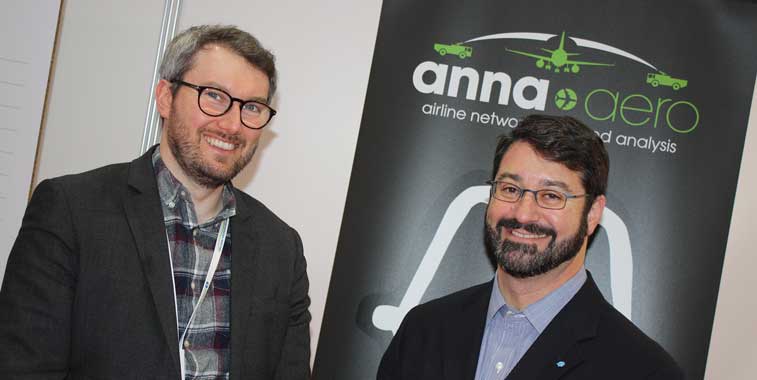 anna.aero’s Chief Analyst Nick Preston met with Jordan Kayloe, Director, Ailevon Pacific Aviation Consulting on the last day of Routes Americas in Quebec City. Kayloe explained how his new organisation is a specialist in air service development for airports and a leading organiser of the Airport Roundtable Series.