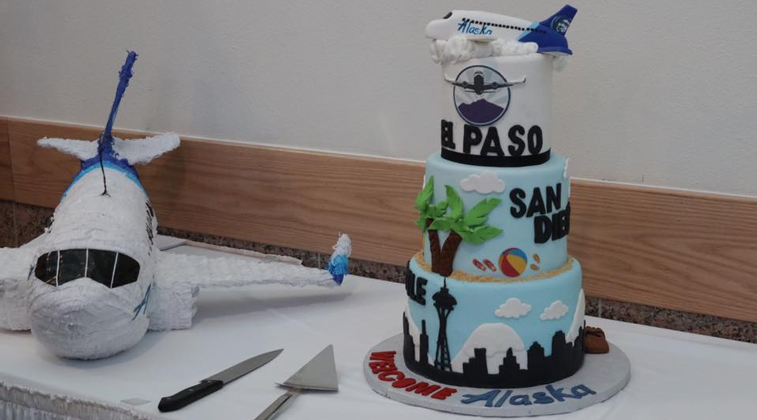 Alaska Airlines launched operations to El Paso on 19 February, beginning daily services to the airport from San Diego and Seattle-Tacoma, with the Texan airport showcasing the new destinations in this elaborate, three-tiered route launch cake, adorned with a replica of the airline on top. Both routes will be operated daily using E175s.